Cyrus Mejia is one of the co-founders of Best Friends Animal Society. He was born in New Orleans in 1947 and raised in Mississippi by a progressive school teaching mother, and father who had recently emigrated from Colombia, South America. After high school Cyrus studied art in Mississippi before returning to New Orleans where he met many of those who would become the future co-founders of Best Friends Animal Society. Cyrus was drawn to the group’s ideals of kindness, compassion and The Golden Rule as a means to address society’s ills.

After years of searching for the right place to care for abused and abandoned pets, Cyrus and his colleagues landed in southern Utah where he played a key role in the construction and development of building their dream in what is now known as Angel Canyon.

At the time, no one had any idea that Angel Canyon would become the nation’s largest sanctuary for abandoned and abused animals and the flagship of the no-kill movement. With no construction knowledge and armed with a library of how-to books, Cyrus discovered a talent for sheet rock and as an artist, took responsibility for all of the painting. He and his wife Anne gave tours of the Sanctuary out of an old pick-up truck until they later designed the official Best Friends Welcome Center to house the visitor experience. Today more than 30,000 people pass through that center annually.

Cyrus’ connection to animals has always played a central role in his life. He has always felt a deep, personal responsibility to taking care of the earth, its animals and its people.

To that end, Cyrus felt a calling to maintain the natural aesthetics and beauty of Angel Canyon. He enlisted a Paiute Tribal Elder to bless the property and helped identify much of the sacred places on the land, the former home of the Native American Anasazi people.

Today Cyrus is the resident artist for Best Friends Animal Society. He uses his art as activism, infusing Best Friends work on puppy mill dogs, the Michael Vick dogs and Hurricane Katrina into his national exhibits. His portfolio is available online at cyrusmejia.com with proceeds going to Best Friends. Cyrus lives in Kanab with his wife Anne and their family of dogs and cats.

Everything I have done all my life has been searching for some kind of spiritual answer. There is a better way of living and we don’t just have to follow the way that society says you should go. 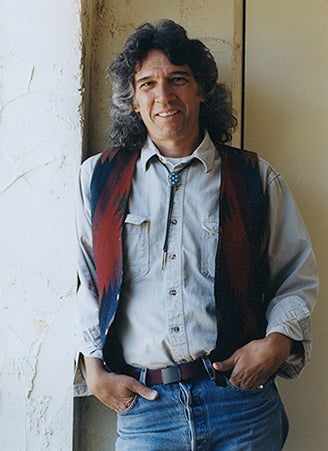 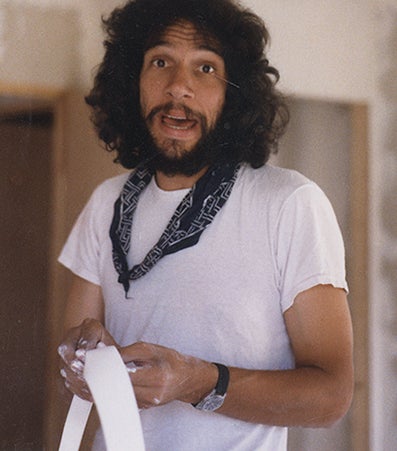 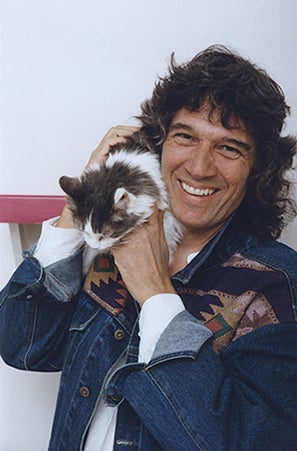