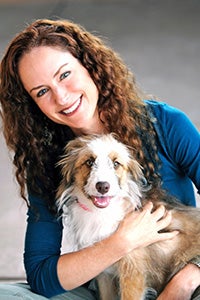 Elizabeth Oreck is the national manager of Best Friends' puppy mill initiatives, which address the puppy mill crisis in the U.S. through education, advocacy and legislation. Although she joined Best Friends in 2008, Elizabeth has worked in animal welfare for more than 15 years, having entered the field as a managing director for spcaLA. She is a wildlife rehabilitator who has served on the boards of the California Wildlife Center, Pets90210 and the Coalition for Pets and Public Safety, as well as the Regional Council of the International Fund for Animal Welfare (IFAW).

Because she strongly believes that legislative reform is a key component of animal welfare solutions, Elizabeth has worked on state and local legislation throughout the country. In the past several years, she has been instrumental in the passage of a number of ordinances to ban the retail sale of puppy and kitten mill animals in pet stores, including Los Angeles, Boston, San Diego and Chicago. A student of martial arts for 18 years, she holds a black belt in tae kwon do, and in her spare time runs marathons to raise money and awareness for various animal charities.