Skip to main content
Ensure a bright year ahead for homeless dogs and cats. Help Save Lives
×
Image

"The Champions" is an inspirational story about the pit bull terriers rescued from the brutal fighting ring of former Atlanta Falcons star quarterback Michael Vick, and those who went the extra mile to save them. It is a story of second chances, redemption and hope. Featuring the work of Best Friends Animal Society, this uplifting documentary takes us on a journey about much more than just dogs. It's also about prejudice, being misunderstood, the power of resilience and the significance of the relationships that we as humans have with animals.

Now available on blu-ray and dvd, "The Champions" is available to buy at our online store. You can also download a digital copy today. Or, host a screening in your town. 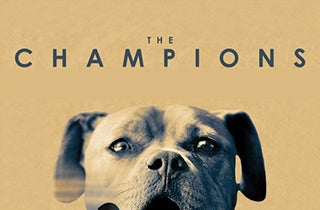 The documentary "The Champions" follows five of the Vick dogs from the time they are rescued through their adoption, depicting how they change and inspire the people who come into their lives. Thanks to the work of Best Friends and BADRAP, dozens of the dogs, who would ordinarily have been killed, were given a second chance. The film shows how even fighting dogs rescued from the most extreme circumstances can be successfully rehabilitated with love, time and patience. In fact, what many of these dogs need to thrive isn't rehabilitation at all, but time to recover.

Where are the Vicktory dogs today?

Today, most of the dogs have been placed successfully in loving adoptive homes. Their story proves that animals who have suffered the most unimaginable abuse can summon amazing strength and resilience. It is a story of the bonds of trust and love we have with animals and their importance in our lives, a relationship that has the potential to bring out the best in the human and animal spirit.

The film also highlights breed restrictions toward pit-bull-terrier-like dogs in a segment about professional baseball player Mark Buehrle and his family. Breed restrictions happen across the country and can take a number of different forms, including bans on dogs of certain breeds. The Buehrle family, which includes a pit bull mix named Slater, has faced breed restrictions twice, in Miami-Dade County, Florida, and Toronto, Ontario. Their story is especially touching because Mark and his wife, Jamie, decided not to leave Slater behind, exemplifying the significance of pets in people's lives as members of the family.

Learn more about what Best Friends is doing to end breed restrictions.