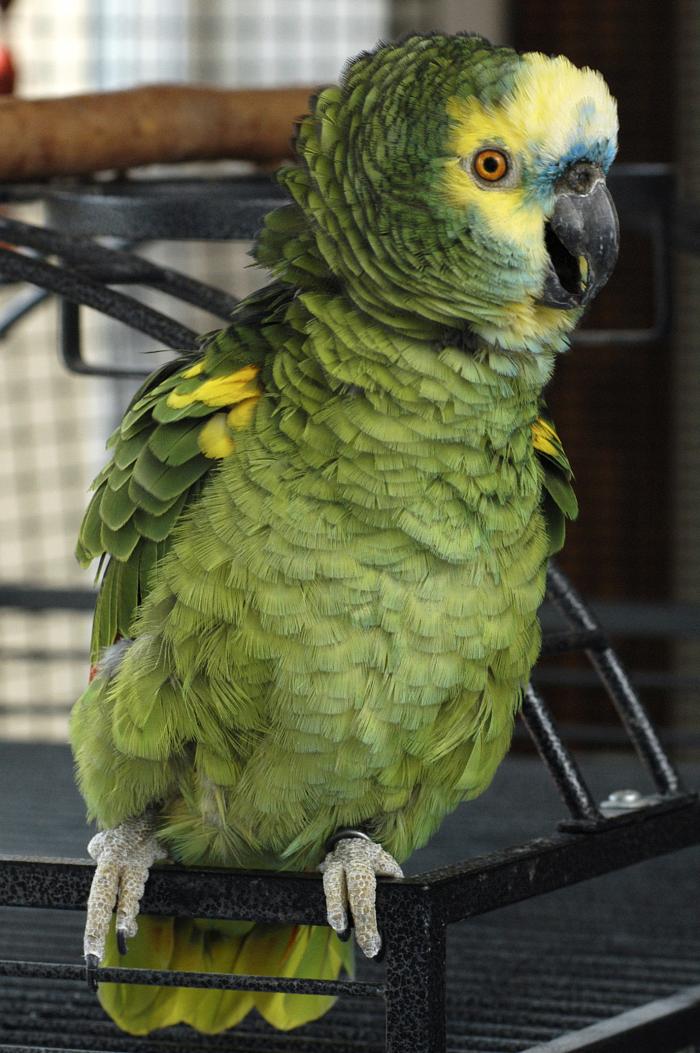 Cairo the parrot just wants to be one of the guys. When women come by, he mostly ignores them. But when a man comes into the room, he wants to know, "What’re you doing? What’re you doing?" He likes to hop onto their shoulders and hang with the fellows. And if you try to put him back in his cage, he doesn’t want to go! He’s one of the guys now! He can’t go into a cage in front of everybody. This is humiliating!

Sometimes a staff member has to be called in to get him off a man’s shoulder and back into his room.

Cairo would fit right into any bachelor pad. He’d be perfect at Sunday afternoon football games because his favorite food is popcorn. And if some should spill all over the place? Don’t worry! Because Cairo knows how to say, "I didn’t do it."

Strangely, Cairo’s last person was a woman. She sent him to Best Friends because she had to move in with a family member when illness struck the family, and she couldn’t bring him along.

In fact, Cairo’s only 14, which is like a baby for an Amazon! And already, he’s lived in two homes before Best Friends. Getting passed around is often a parrot’s lot in life because they live so long and are such busy, needy companions. Which is why we can never say often enough that they’re better left in the wild than captured or bred for a life of pethood.

But Cairo’s adjusting well to his third "placement" in life. He has plenty of shoulders to cling to. And a couple of men working at Feathered Friends whose day he can keep asking about. Now, if only they would turn on a football game and break out the popcorn!