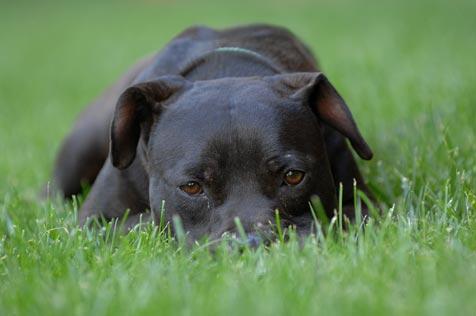 Dear readers, we know that this story is difficult. Best Friends feels as you do that animal welfare organizations are more effective when we get along and work together. In this case, we felt it was important to draw public attention to HSUS's policy on dogs from fighting busts because its clout and its relationships with law enforcement informs and justifies state and local animal control policies.

The court-ordered destruction of 145 dogs, including about 75 puppies, which were seized from a fighting dog breeding operation in December, was based on the faulty assumption that all dogs seized in dog-fighting related busts should arbitrarily be deemed dangerous and euthanized.

The decision to kill the dogs was supported by the largest animal welfare organization in the country, the Humane Society of the United States. Representatives of HSUS testified in Wilkes County Superior Court that the dogs had to be destroyed because they had been "bred for generations to be aggressive."

HSUS reasserted its outdated policy, written more than 20 years ago: "Any dog who has been specifically bred or conditioned for fighting, or for which there is evidence that the dog has been used for fighting should not be placed for adoption by an animal shelter but humanely euthanized as soon as legally possible."

A Best Friends Animals Society-led coalition offered resources to the county for evaluation, spay/neuter, and support in finding homes for qualified dogs. These animal welfare organizations, which have extensive experience with rescued fighting dogs, urged Wilkes County to accept their offer of support for an alternative approach, such as was used in the Michael Vick case.

Although the coalition applauds much of the work the HSUS, a leader in the animal welfare community, has done on behalf of animals, it is disheartened and shocked it would testify in court for the automatic destruction of puppies and dogs who had not been given the opportunity to be evaluated as individuals.

"The Michael Vick dogs have proven how antiquated this approach is," said Ledy VanKavage, an attorney with Best Friends Animal Society.

In 2006, HSUS advocated that all of the dogs from the Michael Vick dog fighting case be put down for the same reasons they used when recommending the killing of the Wilkes County pit bulls. In that case, a federal court appointed a Special Master to oversee the evaluation of Vick’s dogs, all of which were adults. Many of the Vick dogs are now in adoptive homes, and at least two of the so-called "aggressive fighting dogs" are therapy dogs that visit hospitals to cheer up ailing patients.

"The coalition members and their supporters are urging HSUS to revaluate this policy and apply a more progressive approach that reflects the lessons learned by the animal welfare groups in the coalition, as well as other organizations that work directly with dogs," VanKavage said.