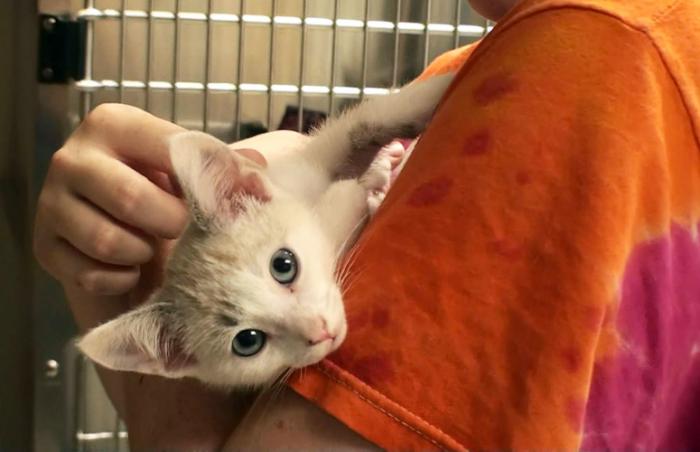 Portland, Oregon, is a pretty good place to be a pet, even a shelter pet. For the past few years, the community’s shelters and rescue groups have been able to save over 90 percent of the pets who enter shelters there. It’s all thanks to everyone pulling together, which is why groups formed a coalition called the Animal Shelter Alliance of Portland. They’ve had great success, but not without a great amount of work, and fast thinking when the shelters fill up — especially during the extra-busy kitten season. Karen Green, executive director of Cat Adoption Team (CAT), says, “Last August, our county shelter partners had cat enclosures stacked in the hallways, and we needed to find homes for more cats so we could help.” But to help, they needed funds, and that’s where Best Friends came in.

Pet adoptions events to save cats and kittens 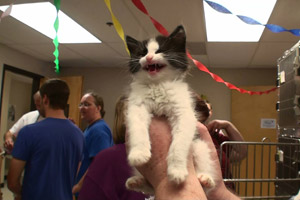 CAT received two Best Friends Lifesaving Grants to help with adoption events, and they didn’t waste one second using them. The group planned and advertised adoption events and offered reduced adoption fees to attract as many people as possible, all in hopes of getting cats in shelter cages out of harm’s way and into homes. CAT was eligible for the grants because they’re part of the No More Homeless Pets Network, a Best Friends program that works with rescue organizations and municipal shelters across the country to end the killing of dogs and cats in our nation’s shelters.

Karen says, “Our Summer Clearance Event enabled us to adopt out 280 cats and kittens.” The event was a whopping success, and the more cats they found homes for, the more they could take from other shelters. The Summer Clearance Event was just one promotion held last year. Others included Kitten Palooza, a Fifteenth Anniversary Special, National Black Cat Appreciation Day, Cats R Cool 4 Back 2 School, Black Cat Friday, and Auld Lang Syne.

Lezlie Sage, No More Homeless Pets Network specialist, was delighted to help facilitate the grants. She says, “The number of cats and kittens the Cat Adoption Team has helped save is amazing. What I really appreciate about their work is that they’re not just helping in their immediate area or their county – they help the entire region and they set their goals very high. I’m proud to be able to support this group who is built on collaboration and results-driven.”

Homes for all animals 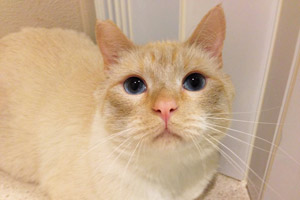 While kittens and cats were going home in droves, the momentum helped some more challenging cats as well. Neven is an eye-catching flame-point Siamese, who also happens to be both positive for the feline immunodeficiency virus (FIV) and prone to displaying some unsavory behavior. While he isn’t a dangerous cat, the former streetwise tom would get over-stimulated in certain situations with people and lash out with a bite. These factors combined meant he needed a home with people who saw past his quirks. During CAT’s Summer Clearance Event, Neven’s adoption fee was just $15. Even with his somewhat special needs, Neven found a home during the promotion. While he knows he’s in a loving home, what Neven probably doesn’t know is that he’s also a statistic, in the best possible way.

Thanks to CAT putting grant funds to use and stretching every dollar, over 400 cats and kittens will or already have found their loving forever homes.

Find out how you can help a No More Homeless Pets Network partner near you.