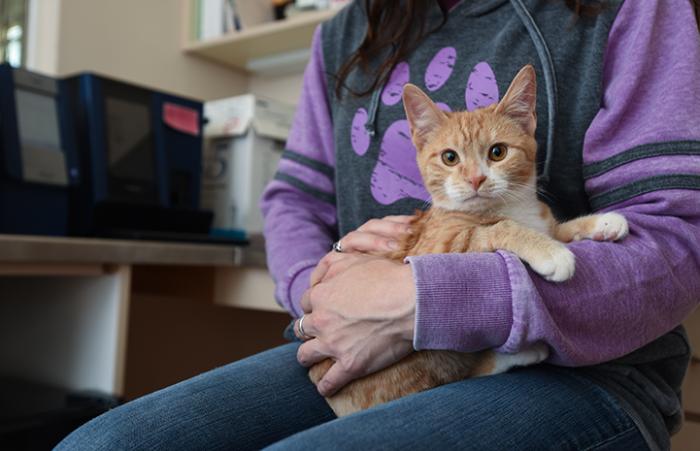 If Wally climbed trees or scaled fences in the first four months of his life, those days are now far behind him. He's a different Wally now, with a teeny stump where his tail used to be and a broken leg that’s still healing. Wally’s injuries and illness forced him to hit the “pause” button on being a kitten. But now that he’s gotten the help he needs at Best Friends, he’s ready to press “play.” 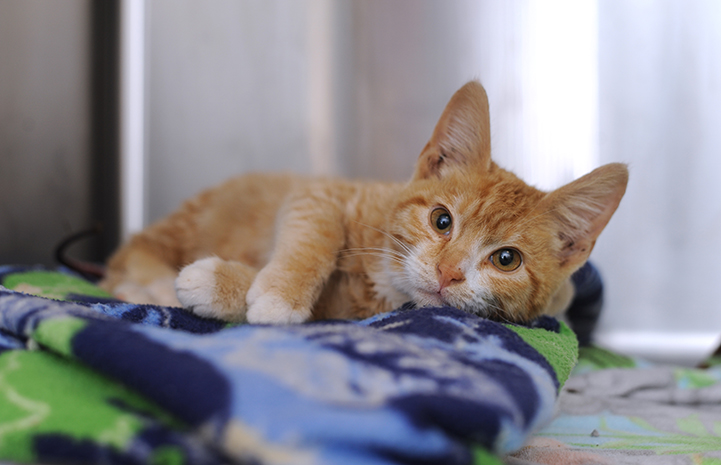 No one really knows what the first few months of Wally’s life were like. But Wally’s condition, when he came into the Best Friends Animal Clinic, painted a bleak picture. The sweet ginger-colored kitten was pretty roughed up. The broken back leg wasn’t the worst of his problems; his poor tail had taken a beating. It was badly injured and infected, and that infection was making Wally feel sick all over.

Luckily, cats can do OK without their tails, especially when they live indoors as beloved house pets. Since that’s what Wally will be once he fully recovers and gets adopted, Best Friends vets removed the kitten’s tail. It didn’t take him long to start feeling better after the tail amputation. His little stump healed beautifully and, even though he still needed a few weeks of cage rest for his leg and close monitoring by his vets, he started coming alive. 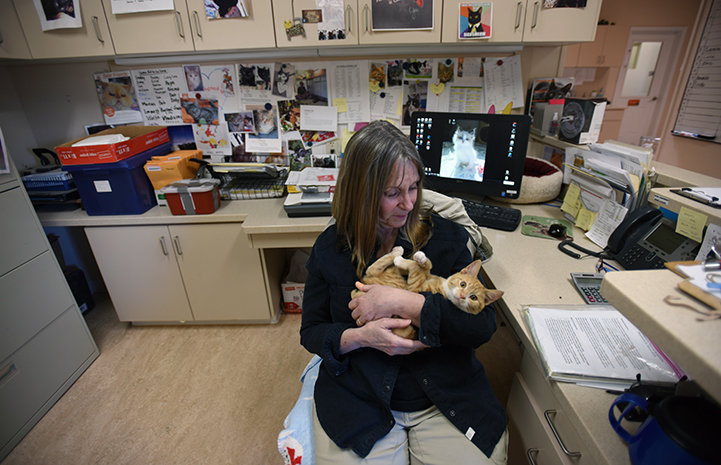 Mending a broken back leg

Every day during his recovery, Wally’s revealing a little more of his wonderful personality — and his kitten mischief. When he lived in the Best Friends Animal Clinic, he would purr and reach out with his front paws to his caregivers with a pleading look in his big gold eyes. When he moved to Hope House, the clinic in Cat World, he turned that charm, and his kitten antics, up a notch. He’s now as playful and feisty as any other healthy kitten.

Though cage rest is necessary to mend Wally’s broken back leg, it isn’t much fun for a five-month-old kitten who wants to run and play. Luckily, it doesn’t mean that Wally doesn’t get out to explore every day. A little exercise is good for his healing leg and will keep his muscles in good shape. So Wally ventures out into the lobby for short periods of time each day to hang out on the front desk, or to sprawl out upside down in someone’s lap to get pets. 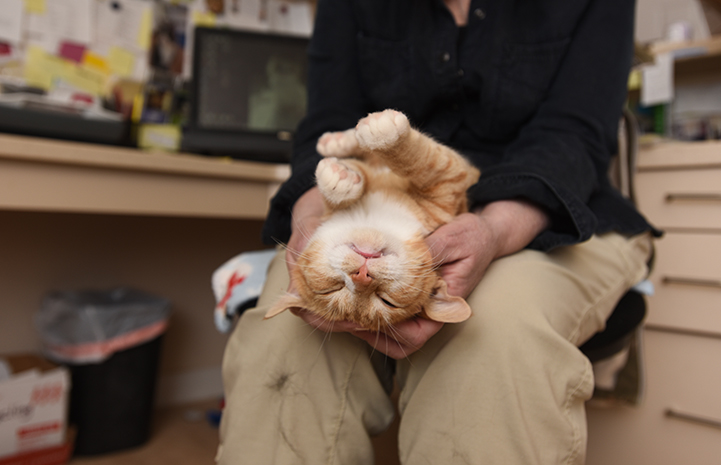 Wally also likes to play a few rounds of chase with his wand and feather toy. Watching him sit back on his hind legs to bat at the toy with his front feet, you wouldn’t know anything was ever wrong with him.

Wally may have had a rough few months. But all that will soon be behind him. After a short pause in his kittenhood, Wally is ready to press “play” on life. 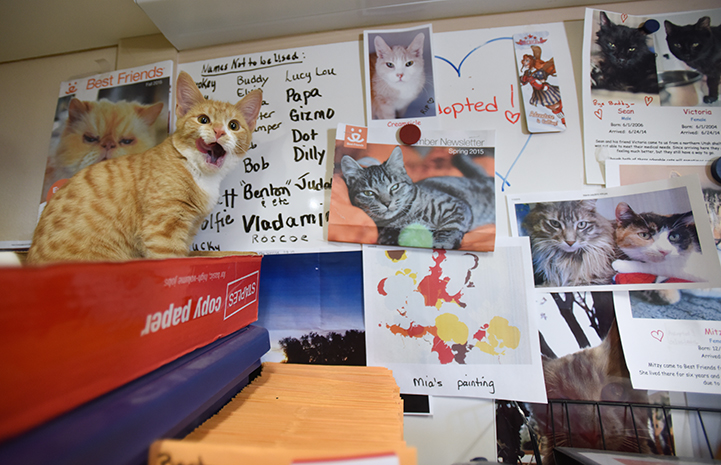