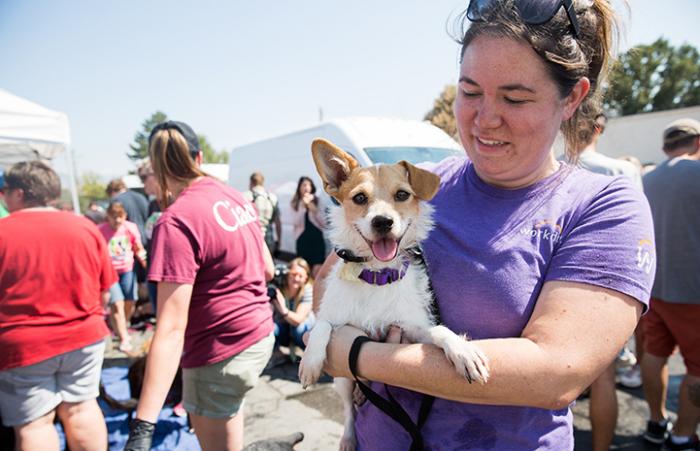 The scene at the Utah dog park in Salt Lake City was a jubilant one. Dozens of Best Friends Network partner volunteers gathered around to help 100 dogs out of three cargo vans (one at a time), give them refreshing water and food, and let them stretch their legs.

Many of the dogs, clearly thrilled to be out of their crates after a very long ride, cooled off by splashing around in one of the blue plastic pools being filled by busy volunteers. A fourth van carrying 40 cats was still on its way, but would arrive momentarily. 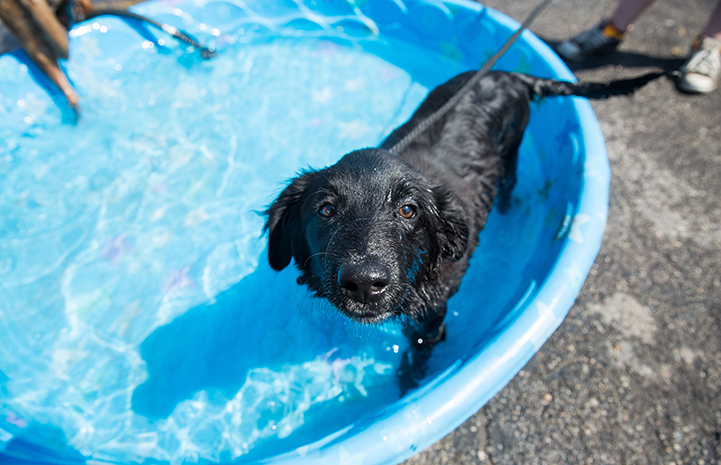 A labor of love for Texas’ homeless pets

It was Labor Day afternoon. Six volunteers from Community Animal Welfare Society (CAWS), a member of Best Friends’ No-Kill Utah (NKUT) Coalition, and two from other partner organizations (Rescue Rovers and Nuzzles & Co.) had just completed a mighty labor of love, driving 2,600 miles round-trip to transport 140 shelter pets from Texas to Utah. Austin Pets Alive, the network partner sending these pets to Utah, has so far been the hub for network transports out of Texas.

The dogs and cats whisked to Utah are not pets from the Rescue and Reunite Center in Texas, nor were they displaced by Hurricane Harvey. They were already waiting to be adopted in Texas shelters when Hurricane Harvey hit. The transport was part of a massive effort to clear out those shelters and make room for pets displaced by the storm who may have families still searching for them. (The animals rescued by Best Friends staff and Best Friends Network partners in the storm-devastated area will be held in Texas for a minimum of 30 days to give their families a chance to find them.)

Though CAWS is active in the Salt Lake City area (about 1,500 miles away from Houston, Texas), its dedicated team of volunteers was deeply affected by news reports of Hurricane Harvey devastation. A no-kill, volunteer and foster-based nonprofit, CAWS’ mission is to work with the community to help animals. As its website explains, CAWS is committed to saving the animals often overlooked and under-appreciated at local shelters. 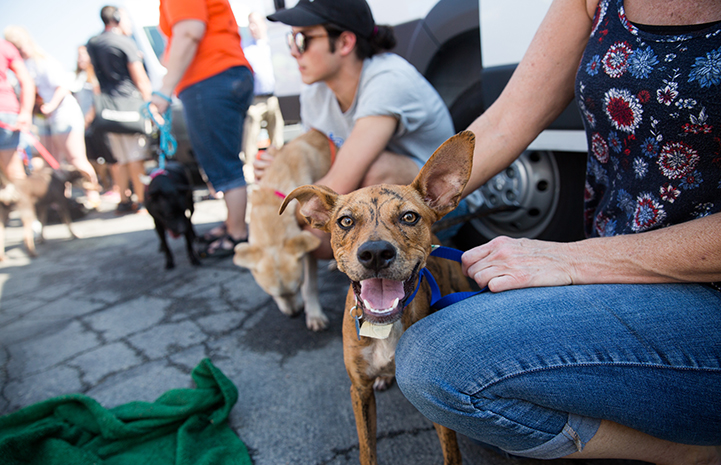 CAWS hits the road for Austin

As the crisis intensified, the folks at CAWS knew they had to act. “CAWS has never been one to sit back and watch,” the organization announced on its Facebook page. “Because of (people’s) willingness to open (their) homes to dogs and cats from this area, and because we have excellent connections and committed volunteers, CAWS is headed for (Texas)!”

On Friday, September 1, CAWS did just that. Volunteers loaded four cargo vans with pet crates and supplies, and then began the drive to Texas to pick up waiting pets at Austin Pets Alive.

"What started as a crazy idea on Thursday morning was a full-blown plan by that evening, and we were off and driving by Friday afternoon,” says Lisa Volungis, a CAWS volunteer. “To go from an idea to saving 140 animals from 1,300 miles away in less than five days shows just what an amazing rescue community Utah has, and its willingness to come together and get things done when needed." 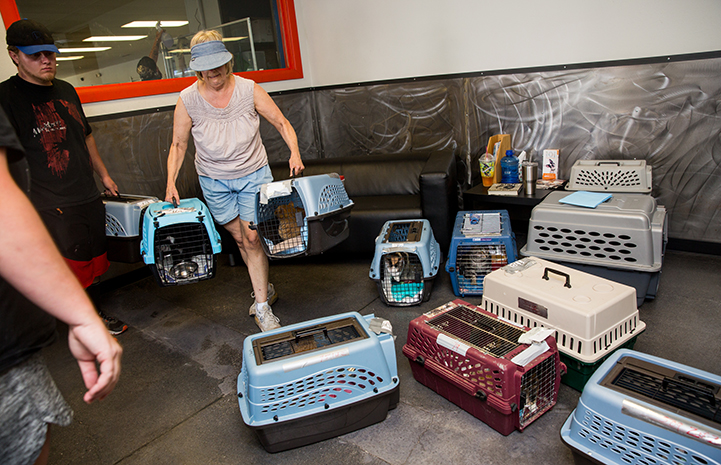 When the tired drivers finally parked the vans at the Utah dog park after the long, intense trip, a welcoming committee was waiting to greet them and the animals.

Reinforcements had arrived from CAWS, along with volunteers from other NKUT Coalition groups (Paws for Life, Second Chance for Homeless Pets, Cache Humane Society, Rescue Rovers and West Valley City Animal Services) — all of them there to care for and rehome the animals. Many of the animals will be available for adoption at the NKUT Super Adoption, taking place September 22 and 23.

“We’ve got great volunteers and amazing cooperation here,” says Kim McDaniel, communications manager for Best Friends in Utah programs, who was on the scene when the animals arrived in Utah. “This is all a part of our network and how we are working across the country to help the pets of Hurricane Harvey.” 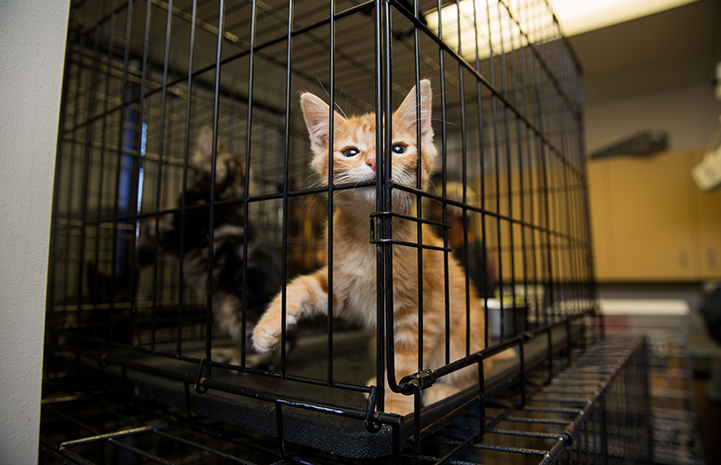 CAWS has led the charge with its 2,600-mile labor of love. But in the coming days and months, as Best Friends continues to work alongside our partner organizations in Texas to save pets left desperate in the wake of Hurricane Harvey, there’s no doubt that other network partners and rescue organizations will pick up the torch and work with us to save lives.

“This is just one transport in one city,” says Kim. “This is going to be happening all over the country with network partners.” 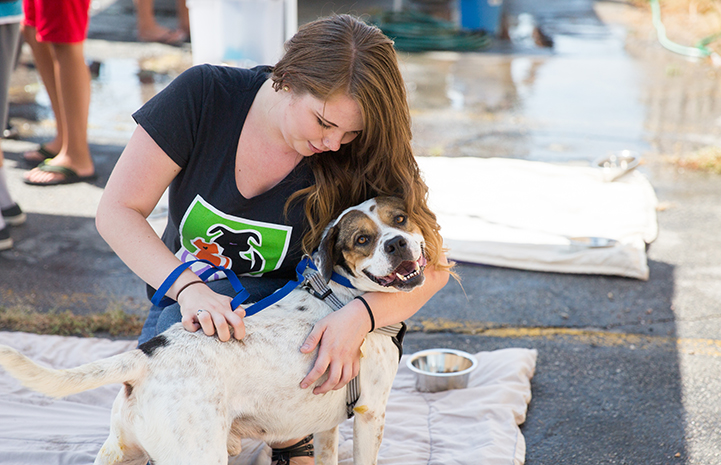