2020: A record-breaking year for Best Friends in Utah

2020 is finally in the rearview mirror, and while it will go on record as a year of great challenges, it was also a record-breaking year for Best Friends in Utah. “We exceeded every goal and did the most lifesaving ever in the history of our lifesaving center,” says Lydia LaSalle, executive director.

That’s pretty impressive, especially when you consider that last March when the lifesaving center closed temporarily due to the coronavirus pandemic, the game plan had to be tossed out in order to shift gears. With little time to prepare, the team let creativity and innovation take center stage as it quickly pivoted to find foster homes.

As it turned out, for the many pets having a hard time letting their true personalities shine in a shelter environment, COVID-19 came with a silver lining ― thanks in large part to the foster volunteers who helped the animals, especially at virtual meet-and-greets where potential adopters could see what a pet was like in a home environment.

Talk about a banner year: Last year more than 3,000 pets were adopted from Best Friends in Utah, including the following animals who flourished with the help of the organization and its amazing foster families. 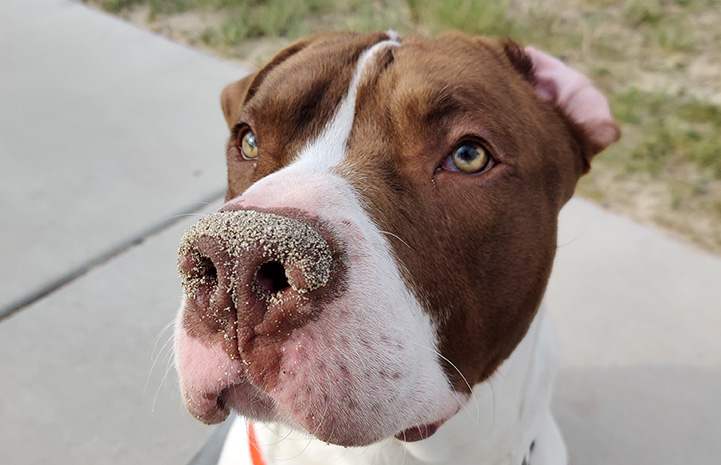 When Toro arrived last spring at Best Friends from Logan Animal Shelter, the two-year-old pit bull terrier mix had so much energy that staying calm in his kennel was a challenge. Whenever he saw a person coming his way, he’d bark excitedly and jump.

All he really wanted was to make friends, but his extra enthusiasm was enough to give pause to potential adopters. So, he went to a foster home with Matthew Rocha, who helped the young dog learn how to channel his energy. Using social media, Matthew was able to show the calm, gentle side of Toro that went unseen at the center. It wasn’t easy ― at least not at initially.

“To be honest, Toro was a bit overwhelming at first, but we quickly established a very regular, predictable set of rules and scheduled lots of exercise and time outside, supported with encouragement, praise and treats,” says Matthew. “He certainly is a big boy and really just needed to learn how to be a 75-pound dog, instead of a small puppy.”

Danielle Barnhart, coordinator of lifesaving outcomes, says that before the pandemic, it would have been necessary for Toro to return to the center a few times a week to meet more people. That additional kennel time meant it likely would take a while before he would be adopted. But because of COVID-19 precautions, Toro got to stay at his foster home and skip the trips to the lifesaving center.

Today he is thriving in his adopted home. “He really is ― at heart ― such a sweet boy and we are over the moon to hear that he is thriving,” says Matthew. “It’s very satisfying to have been a part of his journey, and rewarding to know we were able to help him become the best Toro he could be.”

A Chihuahua’s way with words 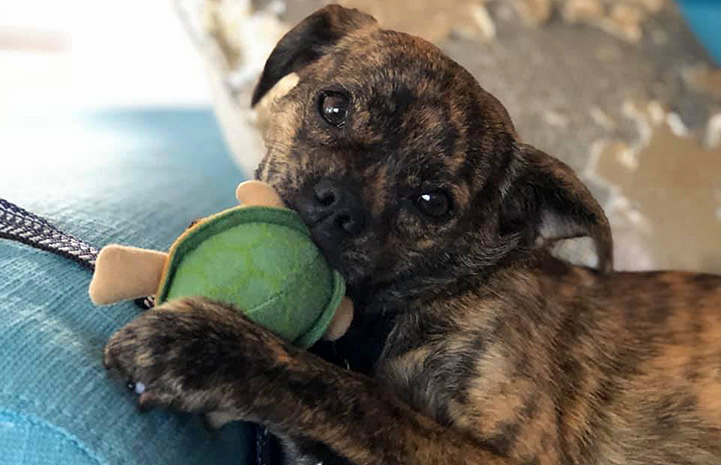 Last April when Mustard came to Best Friends from a shelter in rural Utah, no one could have predicted that the Chihuahua mix would turn out to be quite the wordsmith (not to mention a witty one). But soon after landing in her foster home with Amanda Uber Trentham, Mustard began documenting her journey in a diary (with Amanda’s help, of course).

The entries show Mustard, who had very limited socialization skills when she came to Best Friends, go from being a timid dog to one who loves being around people and other dogs, too. Today she is thriving in a home, thanks (at least in part) to Amanda’s wonderful and often hilarious diary entries. In fact, Mustard has even been on hikes with Amanda and her adopters.

How a fearful cat learned to trust people again 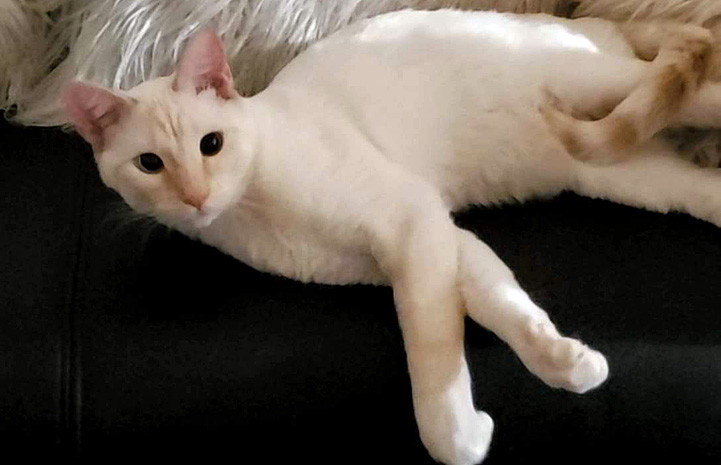 When a young cat named Chamomile found himself back at the lifesaving center through no fault of his own last October after being adopted as a kitten the previous January, he wasn’t thrilled. “Having lived most of his life with one family, he was understandably upset when he came back,” says Danielle.

Unable to be handled, Chamomile was placed in a quiet area of the center while the team worked out a plan to help him. In the meantime, they covered his kennel door with a towel. That helped, but as soon as the towel was moved, he was apt to hiss, lunge and even spit in frustration and fear.

When the team moved the cat to a larger space, he started to relax enough for them to feel confident that he could go to a foster home. And when that happened, he became a much happier cat. “He was friendly, social, and loving ― things we hadn't seen from him while in our center,” says Danielle.

The best part: Chamomile was adopted quickly, and his new parents say he is one of the most loving cats they've ever lived with.

Cat flourishes with the help of cat and dog friends 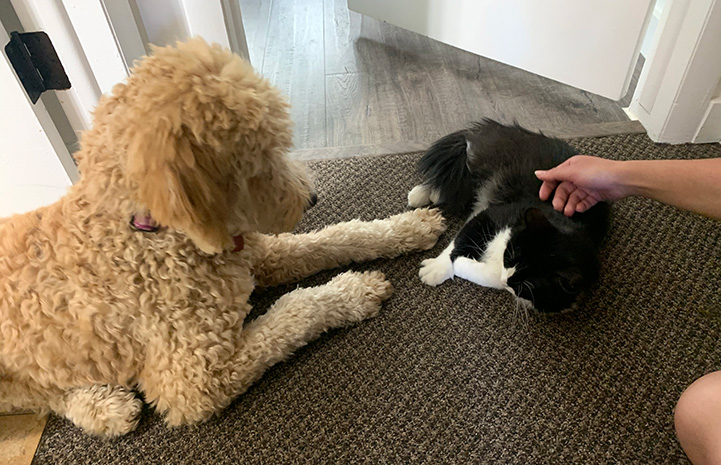 Itty Bitty was shy and shut down when she arrived at Best Friends from a shelter in rural Utah. A foster family stepped up to help him, and while he felt better almost immediately under their care, it wasn’t until they introduced him to their cat and dog that he really began to flourish.

Itty Bitty’s new animal friends helped him become more confident. He even started greeting his fosters and snuggling with them. Though he remained pretty timid, Danielle says that knowing he loves animals she felt he only needed time and patience to blossom into a sweet, snuggly cat and get to where he is now: his forever home.

Best Friends in Utah aims even higher in 2021

So, what’s next for Best Friends in Utah? “We’re going to use what we learned in 2020 to continue our lifesaving in the new year,” says Lydia. “We’ll challenge ourselves to save even more lives by focusing not only on Utah, but animals in need in the Navajo Nation and other communities that have critical lifesaving gaps in the Mountain West region.”

Though the bar has been set pretty high, Lydia is confident that every goal set is well within teach. “We believe we can achieve them with the help of our amazing foster network and dedicated team.”

Welcome the new year with a pet

Adopt a cat or dog from your local shelter and make 2021 a year to remember.