Image
If you're looking for your next best friend, may we suggest some rare finds?
By Sarah Thornton

Hundreds of animals of every shape and size call Best Friends Animal Sanctuary their home-between-homes. From chatty parrots to galloping horses and everything in-between, each has a unique story and a future filled with potential.

With so many wonderful animals ready to be adopted, sometimes it can be a little overwhelming looking through all the profiles online, much less going around to meet them all in person. So, we’d like to introduce you to some of our favorites who seem to be taking a little longer to catch someone’s eye. Who knows? Maybe you’ll fall in love. 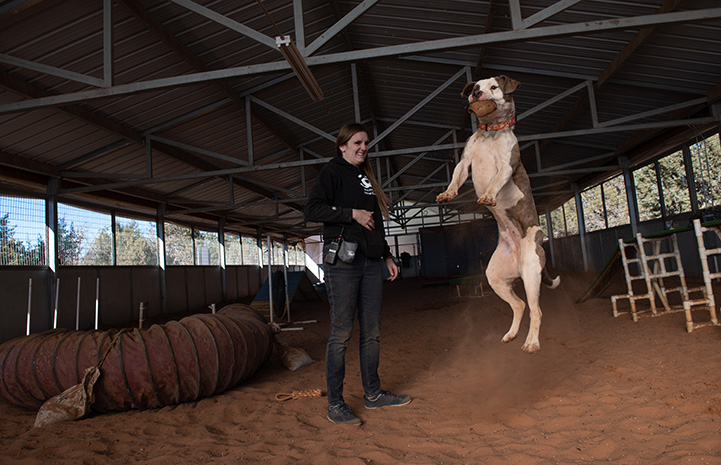 Smart, driven and up for anything, Pilsner is the perfect adventure buddy. He is absolutely full of energy, but he’s also perfectly content cuddling up on the couch for an evening in. Just mention his name to one of his many human friends and you’ll hear all about his enthusiasm for swimming, his unwavering adoration of rubber balls, and what a snuggly little guy he is on sleepovers.

Pilsner does prefer to be the one-and-only pet, but he promises to provide as many smiles and as much love as a dozen more. 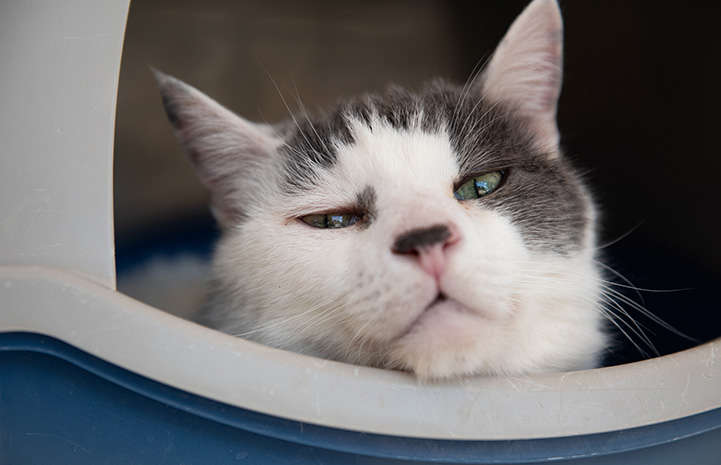 Teller wants to be your friend (and yours, too, and also theirs). This 13-year-old cat loves everyone he meets and he’s not afraid to show it. He’ll crawl up into any available lap and push his face into an open hand for pats, purring as loud as he can. He even gets along with all of his feline roommates.

Teller also enjoys spending time outside on stroller rides or walking with a harness. As long as he’s got someone by his side, he’s happy. 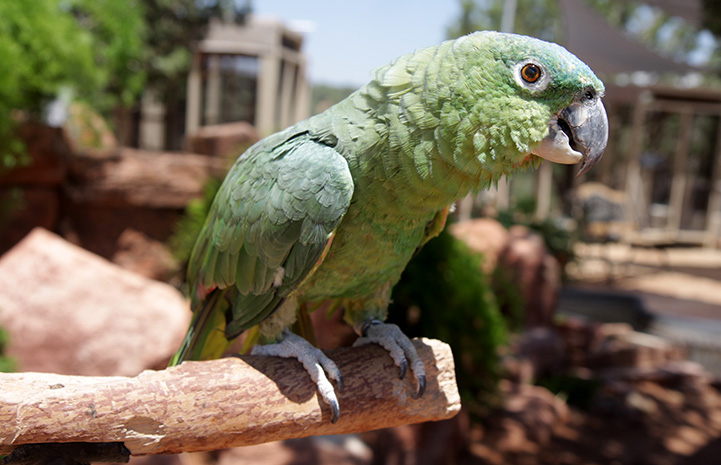 Meet the oldest animal at the Sanctuary ― Paco, a mealy Amazon parrot hatched all the way back in 1957. That means he’s older than a large number of his human friends. Because of his age, he’s losing some of his sight, but he doesn’t let that slow him down. With Rico, his best friend and fellow senior bird by his side, he’s still as happy and chatty as can be. And they are more than ready to retire to a nice, cozy home together. 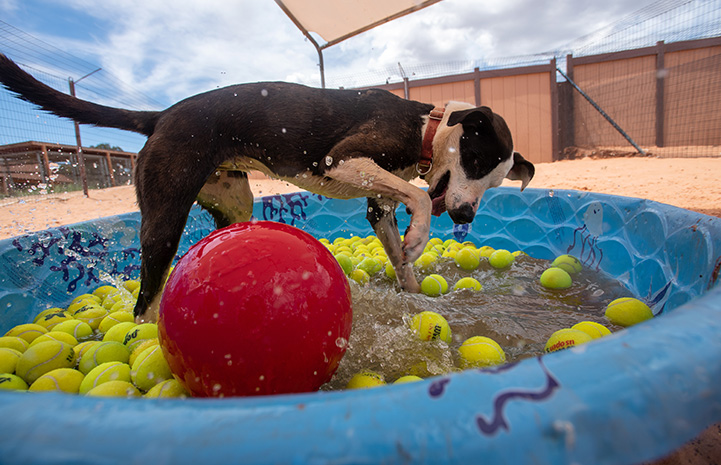 Though she can be a bit shy at first, once she’s warmed up to you, Safira is a loyal friend who’ll stick with you through thick and thin. A sensitive soul, she prefers a quiet environment without too many loud, scary noises. But if you have a tennis ball and a few hours to spend throwing it, she’ll be the happiest dog in the world.

Safira is on medication for joint pain and sometimes goes to hydrotherapy, but she absolutely loves the water, so it’s really more of a treat for her. Plus, treats are involved, which never hurts. 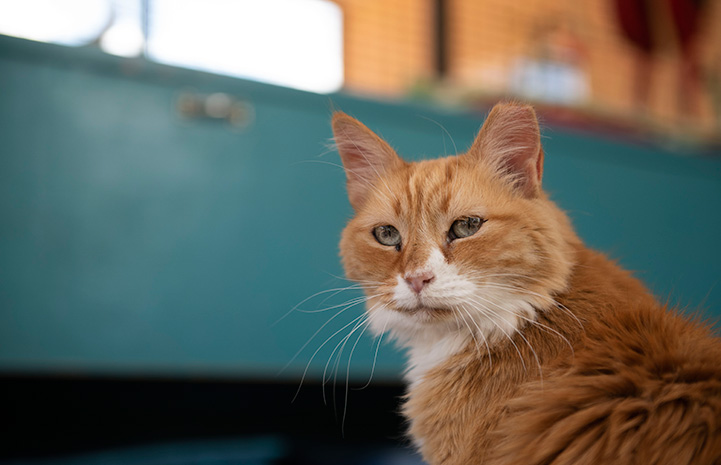 A little more reserved than his namesake but no less charismatic, Axl is sure to charm his way into your heart. While he’s happy to let his roommates take center stage when there’s a lot going on, when things quiet down it’s his time to shine. And by that, we mean it’s time for him to get lots of gentle pats and back scratches that’ll have him purring his own little bass line.

Axl’s charisma isn’t limited to people, either. His cat friends adore him, too. It’s common to see him surrounded by other fluffy felines, snuggled up together in a warm little pile somewhere. 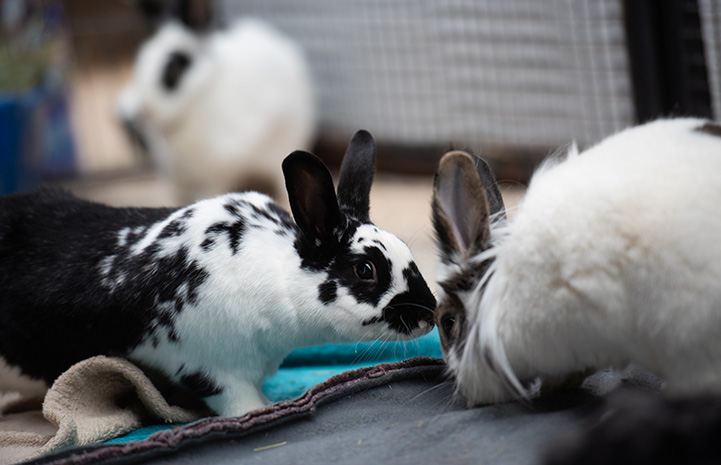 Bunnies have a reputation for being a little timid, but that is certainly not the case for Ranger. He is an outgoing, curious rabbit who’s always up to make a new friend. He’s so happy spending time with people that he’s been known to join volunteers on sleepovers, stretching out happily after properly exploring everything he can. Playful and energetic, he’s always down for a hand-fed treat or two, or three or four, maybe. 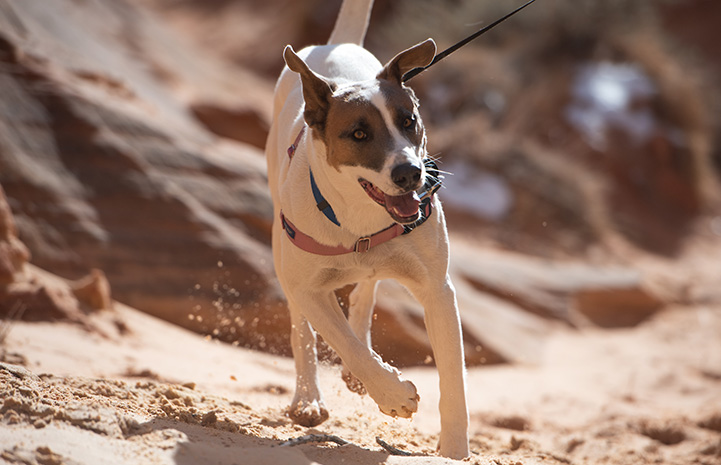 Lannister wants to be out and about, running everywhere and sniffing everything. Long hikes are his kind of bonding activity. To put it simply: He has a lot of energy, which means he can get a bit wound up when he hasn’t had a chance to work it all out. But in the great outdoors with his feet moving and mind occupied, he’s happy. And after a long day of hiking and exploring, and with a nice, quiet space to relax in, he sleeps like a log through the night. 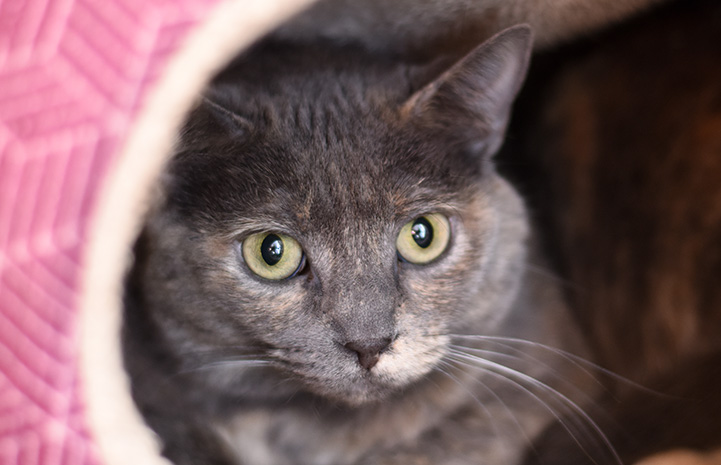 Gentle and quiet, Rosie mostly keeps herself tucked out of the way in the safety of her bed. But that’s not to say she doesn’t welcome visitors. Cat or human, she loves making new friends, as long as they come to her first. Rosie will lean into your hand, roll over onto her back and purr as loud as she can when getting love and attention.

High-energy situations might not be Rosie’s thing, but a nice evening at home on the couch sounds just about right. 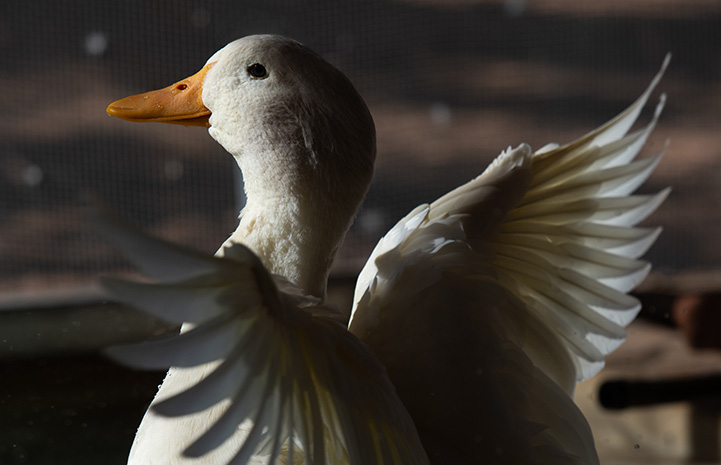 Woodstock should probably have his own fan club because everyone who meets him is smitten. He was a small yellow duckling when he arrived at Best Friends, and now he’s a full-grown gentleman who gets along with just about everyone. Outgoing and clever, he loves to play and spend time with his friends, shake his curly little tailfeathers and quack up a storm. And if you really want to see Woodstock get excited, bring him his favorite cricket snacks and he’ll stop whatever he’s doing and run right over, eyes bright and beak wide open. Then you can fall in love and join the fan club, too.

There are even more pets near you, ready to go home today.