Image
Instead of holding him back, a broken leg lands Chandler who was abandoned at an animal shelter on the right path.
By Christelle L. Del Prete 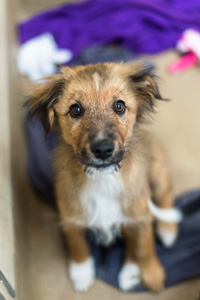 It’s hard enough to start out in life as an unwanted puppy. But Chandler wasn’t just unwanted — he’d been injured and abandoned. He and his siblings, Ross and Rachel, were discarded on the property of a small, rural shelter. It appeared they’d been tossed over a fence and simply left there.

As soon as they were discovered, the shelter staff rushed the deserted pups inside. But while Ross and Rachel were perfectly healthy, Chandler wasn’t so lucky. The poor puppy was in pain and limping badly on one of his back legs. No one knew whether he’d landed awkwardly during his drop-off, or if the injury was an old one.

But that injury (a broken leg) would significantly change the beginning of Chandler’s life. Although the shelter was full, they were able to find him and his siblings a temporary foster home. There, they kept him comfortable and safe from further injury while they searched for help.

A place for friends

The three pups, named after characters on the popular 1990s sitcom Friends, were soon headed to the perfect place for them to get help — Best Friends. When he arrived, Chandler was whisked off to the Best Friends Animal Clinic to get his leg examined and X-rayed. The news was mixed. Because Chandler hadn’t been able to walk normally while he was growing, the muscles and tendons in the injured leg hadn’t developed properly. That means that Chandler might always limp.

On the bright side, the resilient little terrier mix had healed quickly. The broken bone had already fused together and was no longer causing him pain. Because surgery on his leg would have little (if any) benefit to Chandler’s long-term health, he was able to skip it. That made it official: Besides the limp — and the fact that he’s not quite as quick on his feet as his siblings — Chandler is a normal puppy who can do everything and anything healthy puppies do. Best of all, he would lead a perfectly normal life. He just needed a little time to learn that that was true. 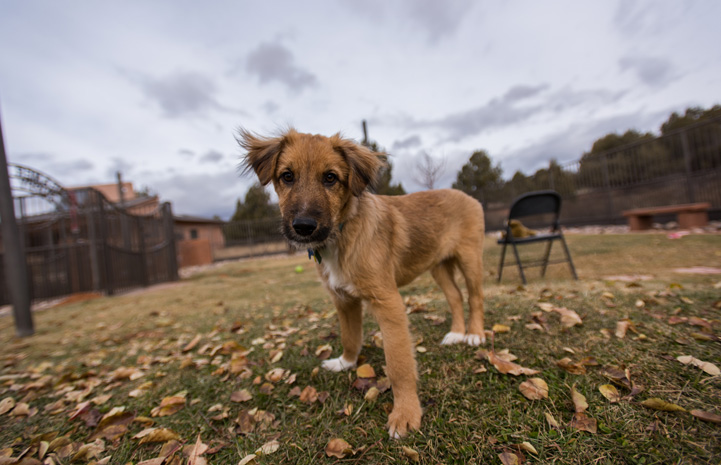 By nature, Chandler is a wonderfully calm, quiet puppy. He’s also quite a bit less outgoing than his siblings, who were quickly adopted into loving homes. After suffering a setback so early in life, Chandler, with his quiet, gentle nature, could easily have faded into the background. But no one in Dogtown was about to let that happen. Chandler’s caregivers and trainers did everything they could to help him gain the confidence he needed to blossom.

That meant making sure Chandler would never again feel left out or rejected. For example, although he gets tired more quickly and needs more breaks than other puppies during walks with volunteers, Chandler always gets his share of outings. Thanks to patient volunteers, he discovered the joy of running and jumping around Beamer Robb’s Puppy Park (the puppy play area at the Sanctuary), and he quickly became a star pupil in puppy preschool. 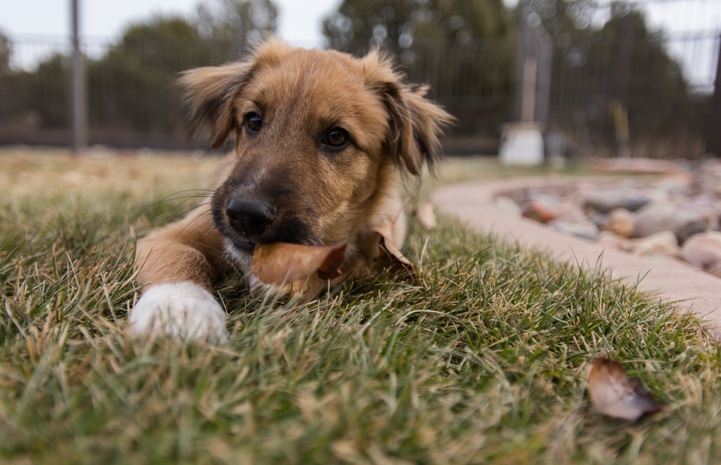 Even though someone had let him down once, Chandler quickly learned to forgive and to form trusting bonds with people. And, of course, he had no problem winning everyone over with his sweet, friendly nature. But Chandler also needed to build up his confidence around other dogs. So, after Ross and Rachel went home, he buddied up with a pup named Rigoletto, who’d been born with a missing foot. The two were a well-matched pair. But when Rigoletto too was adopted, Chandler started having play dates with other puppies.

Perhaps because he understands what it’s like to be outmatched physically, Chandler is one of the best playmates a puppy can have — especially when it comes to the little guys. As it turned out, the puppies closest to Chandler’s age were mostly smaller dogs, including a Yorkie mix called Milky Way and a Pekingese mix named Talbot. Chandler seems to instinctively understand that he needs to be gentle around his smaller friends. He never tries to best them. But that doesn’t mean he can’t show off by bouncing and hopping around his yard or the puppy park. 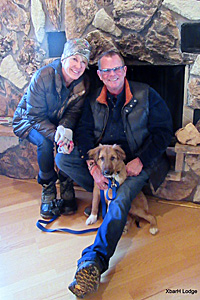 A leg up in life

For such a young pup, Chandler has been through a lot. But his rough beginning has actually given him a leg up in life. He’s already learned some important lessons about forgiveness and trust. At only five months old, he knows that having a slight physical limitation doesn’t have to get in his way or slow him down.

And now, the once-abandoned pup has found a home just in time for the new year. Chandler, renamed Charlie (but affectionately called Charlie Chandler), was adopted by a couple impressed with how well-socialized the sweet pup is. Though he went through a lot of hardship in his young life and had to wait longer than other puppies to find a home, his ups and downs added up to one perfect moment — when a family chose him.

Help more dogs like Chandler get on the right path in life. Here’s how:

Photos by Kurt Budde and courtesy of Chandler's adopter