Image
Adopted family dog provides great comfort to sad woman when her husband is on deployment with the U.S. Navy.
By Nicole Hamilton

When Mariah’s husband, Will, left last October for his first overseas deployment with the U.S. Navy, she missed him greatly. But even on the loneliest days, she still found a reason to smile, thanks to her dog, Maple. “She made my bad days so much better,” says Mariah. “I would come home from work and she was waiting for me with a wagging tail and kisses.”

Will and Mariah were visiting Best Friends Animal Sanctuary when they met Maple, who came to Best Friends from a shelter in Dallas after she was found living on the streets. Both Will and Mariah are avid hikers, so it was important to them to adopt a dog who loves exploring the great outdoors as much as they do. They also wanted their new pup to do well with cats, since they have a kitty named Borris, and kids. Maple checked all the boxes.

From day one, Maple fit in perfectly with her new family. She gets along great with Borris, has become good friends with a neighbor’s dog, and now all the kids in the neighborhood consider Maple their dog, too. 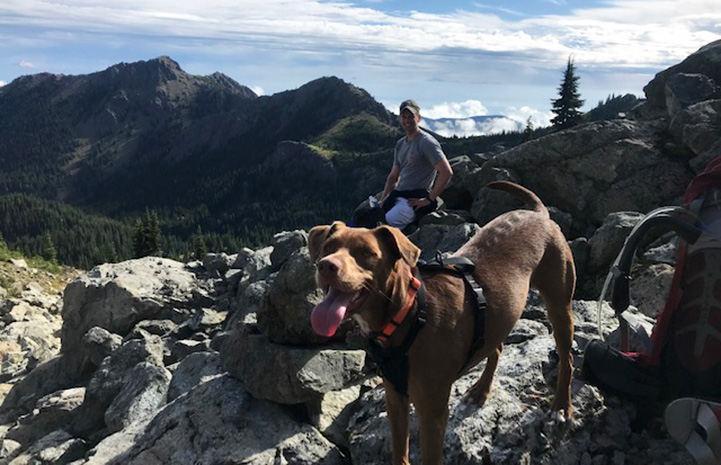 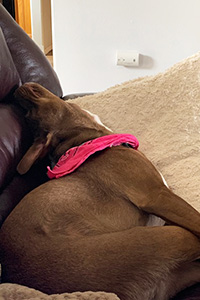 Maple had already brought great happiness to Will and Mariah’s life when Will left for his first deployment with the U.S. Navy. That’s when the couple really got to see just how deep Maple’s love and loyalty for her family runs. During Will’s absence, Maple became Mariah’s faithful companion and helped her feel better when she was missing her husband.

“We went on many hikes, she got to experience snow for the first time, and she even traveled back to Texas with me for Christmas,” says Mariah, who, like Maple, hails from the Lone Star State.

While Will was deployed, Mariah had to have knee surgery, and on the nights when she was in pain and couldn’t move, Maple sensed that Mariah needed her and cuddled up close. “Our normal spunky, high-energy, klutzy dog turned into a gentle, sweet, attentive and protective girl when I was recovering,” says Mariah. “She was my saving grace.”

Meanwhile, during the time he was gone, Will’s mind was more at ease knowing that Maple was there at home with Mariah. And he admits that Maple has his heart, too. “She’s so loyal and sweet; it doesn’t get much better than that,” he says.

Will doesn’t worry as much about Mariah and life back home when he’s deployed, because he knows Maple’s got it covered. And when he’s stateside, Maple makes them both laugh with her silly antics and goofy personality. “She keeps us active, as she really enjoys a good long run, which makes us get off the couch and outside together,” says Will. “We don’t need all the crazy bells and whistles in life. All our family needs is each other.”

Adopt your own faithful companion 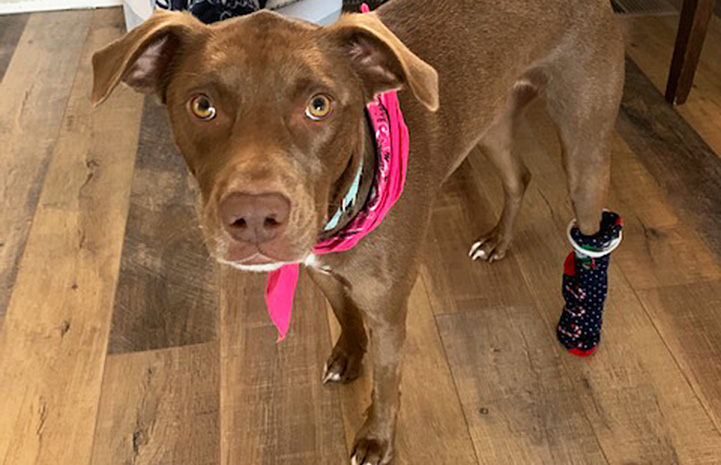 Photos courtesy of Mariah and Will Connerley