Adopting two cats during a trip to Zion National Park

Image
A family adopts two cats, a young tabby and a senior cat, and they couldn't be happier with their decision.
By Christelle L. Del Prete

When Mary and Michael Shinney took their 12-year-old son Micah on a family trip to Zion National Park, they knew they had to visit Best Friends. For one thing, a trip to the Sanctuary would be a special way to honor the memory of Mary’s father. For another, the Shinneys were considering adopting a new four-legged family member, and it seemed like the perfect opportunity to find one. 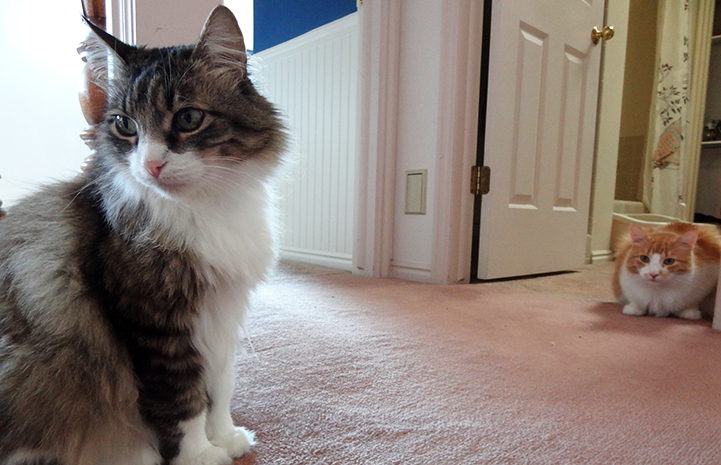 Two cats or one

“We knew we would likely leave with a cat because we had been discussing getting one for a few months,” Mary says. What she and the rest of her family didn’t know was that they were about to adopt two cats.

Those cats, Ramses and Otis, couldn’t be more different. Ramses is a young, playful (and very large) orange tabby cat. Otis, a Maine coon mix who is only about a third of the size of Ramses, is a senior cat with feline heart disease. The family hadn’t done any research on adopting cats in pairs. They never thought much about having two cats or weighed the pros and cons of having either one or two cats. They just came to the Sanctuary and fell in love. Now, months later, they say they wouldn’t have it any other way.

It was Mary’s father who brought them to the Sanctuary in the first place. The Shinney family had learned about Best Friends after he passed away several years ago. A generous man, he had decided to give a gift to Best Friends through planned giving. Since Best Friends had meant so much to him, the family decided to make visiting the Sanctuary a part of their vacation. In fact, Michael insisted on it when he learned that the Sanctuary was so close to Zion National Park.

Besides honoring the memory of Mary’s father, finding the perfect new feline family member would be even better. So off to Cat World they went. There, Mary fell head over heels in love with 10-year-old Otis. He had been declawed (a painful procedure that can cause both health and behavioral problems in cats), and he had a heart condition. But Mary was smitten. There was something about the long-haired brown and white cat that tugged at her heart. 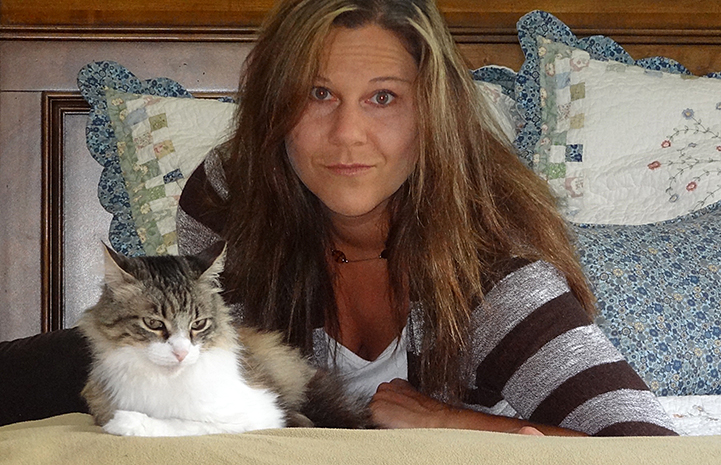 Micah, on the other hand, was drawn to Ramses, a two-year-old orange tabby who is very social and outgoing. Who would the family choose? And was one cat or two better? Bringing home both cats wasn’t something they planned, but Mary says, “We couldn't make ourselves choose between the two.”

The family went off to play in Zion National Park, and by the time they returned to the Sanctuary the right choice was as clear as the blue skies above them. That didn’t mean the family wasn’t a little skeptical about bringing home two cats, especially because one of them had a medical condition. “But we would definitely make the same decision again,” says Mary.

Fitting in with the family

That’s because the cats fit in with the family right away — or almost right away. When Otis first came home, he hid for about 24 hours behind the couch and ignored all of the family’s efforts to get him out. But as it turned out, the trick was to simply call him by his true name. Since there was another Otis at the Sanctuary, he’d been called Davis there. That’s what the Shinneys had been calling him, too. But, when they reviewed the adoption paperwork, they learned that, prior to coming to Best Friends, he was called Otis. Mary went to the living room and called "Otis." It worked like magic and he came out of hiding and ran to her.

Meanwhile, Ramses was setting up camp in Micah's room and bonding with him. Mary and Micah had chosen their cats, and the feelings were clearly mutual. “They were the perfect choice for us and took less than 24 hours to become part of our family and make a lasting impression on our hearts,” Mary says. 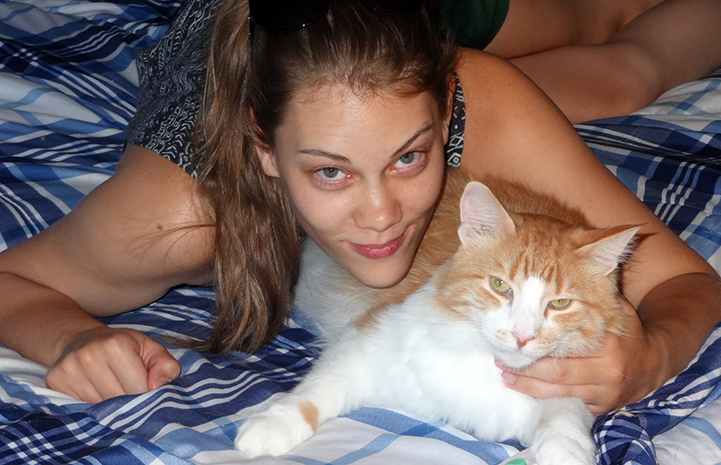 As for Otis’ heart, you wouldn’t know there was anything wrong. “Otis runs all around the house when he starts feeling frisky,” says Mary. “He tears up and down the staircase. He jumps up and down from our bed (it's his bed now too). “He is a healthy, happy kitty.”

The Shinney family is happy, too. Because their trip to Sanctuary helped them honor a beloved memory and led them to not one perfect pet, but two.