Image
Couple from Belgium adopt a dog travel companion, a puppy, and road trip in a van with her to California and Mexico, with more adventures planned.
By Christelle L. Del Prete

Traveling with a new puppy in a van might sound a bit daunting to some, but for Elise Ghaye and Sam Vandenberg, it’s been one of the best parts of a spectacular, year-long adventure. As for Loka, the dog they adopted from Best Friends when she was three months old, she’s already done more road-tripping and seen more breathtaking places than some people in a lifetime. And she’s not quite yet a year old. 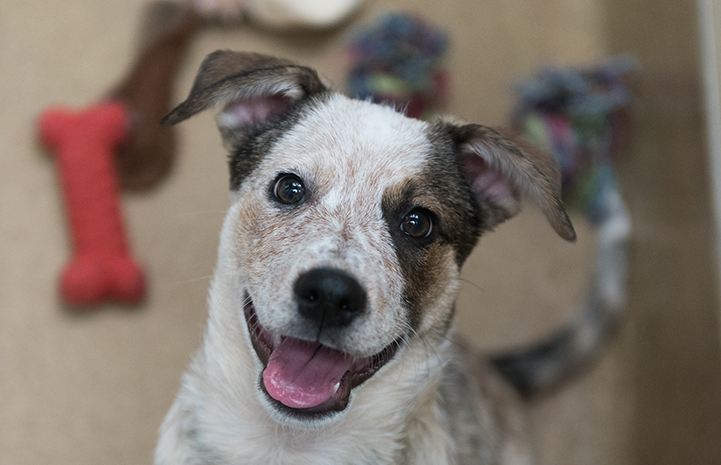 Elise and Sam hail from Belgium, and in June of 2017 they traveled to Halifax in Nova Scotia, Canada, to begin their journey. Their trip was all mapped out: They would live out of a retrofitted Volkswagen van and drive through parts of Canada, the U.S., Mexico and perhaps even South America. Sam would chronicle their adventures through photography and video, while Elise would post everything in a travel blog and on social media. There was only one thing missing — a dog. 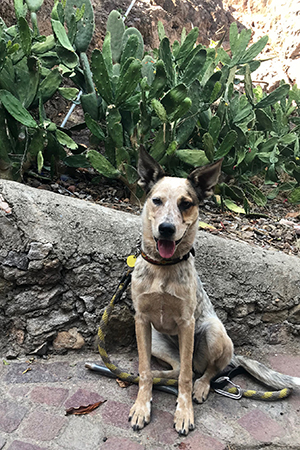 For the first leg of the trip, the couple traveled through Canada visiting the national parks without a doggie travel companion. But once they reached the U.S., they started looking for a place where they could adopt a dog. That’s how they found Best Friends Animal Sanctuary in Kanab, Utah. “We wanted to adopt a dog for quite a long time,” Elise says. “We visited the (Sanctuary), which is gorgeous. We felt so lucky to be there.”

The couple didn’t fall into the traditional adopter category. They had their hearts set on picking out a dog to take along on their adventures and then eventually home with them to Belgium. “We explained our journey, our values and the reason why we wanted to adopt a dog on the road,” Elise says. “Best Friends completely understood, and they let us choose one of the puppies.”

Puppy learns to love life in a van

Loka the puppy won the lottery when Elise and Sam fell in love with her. That was back in December 2017. “At first, three-month old Loka was scared of a lot of things because everything was new for her,” says Elise. “But she got used to van life quite easily.”

Since then, Loka has gone on to make many friends (both human and doggie) and to see some amazing sights. She explored the area surrounding the Sanctuary, including “The Wave,” one of the most popular geological attractions in southern Utah. Next, she was off to San Francisco, where she camped (in the van) near the Golden Gate Bridge and spent Christmas downtown. 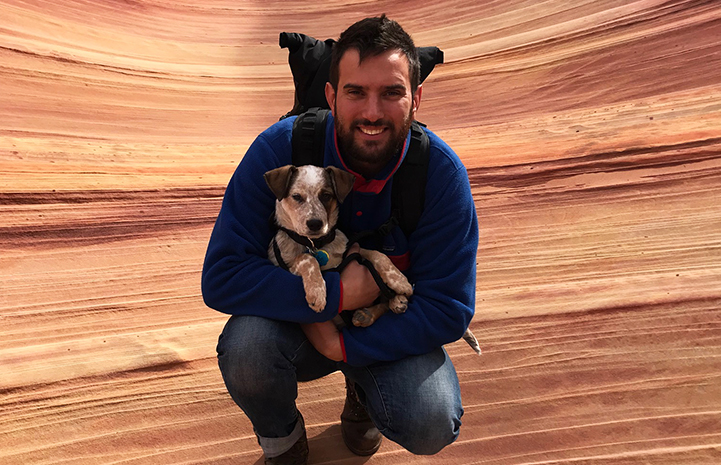 With all that excitement, Elise would often scoop up Loka and carry her in a knapsack whenever the little pup needed a nap.

In the past six months, Loka has played on beaches and splashed in the waves of Big Sur and Baja in California and Mexico. She’s gone for boat rides in Mexico City and visited children in an orphanage in Chiapas, Mexico. She’s been to beautiful waterfalls (such as the Cascada El Chiflon in Chiapas), hiked through jungle trails and swam in turquoise lagoons. 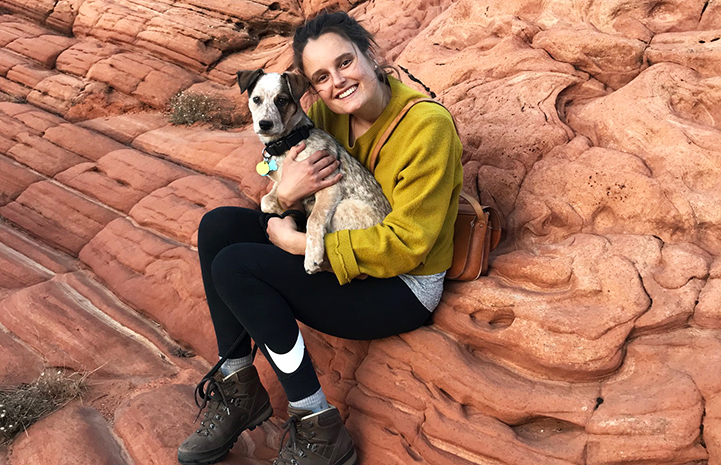 The best and worst of puppy car travel

Of course, life on the road isn’t always easy, especially traveling with a puppy. For example, while they walked through one small village in southern Mexico, fireworks suddenly went off and Loka was frightened. There were crowds of people for Loka to meet and all kinds of delicious food that she wanted to eat. Of course, there were also places they couldn’t visit with a dog, but despite the difficulties, they wouldn’t change a thing about driving cross country with a dog.

“We made a promise to ourselves when we adopted Loka,” says Elise. “She would become our priority. So yes, we had to miss some tourist places because we couldn’t bring her, but it’s all right. It’s part of the game. And we don’t regret her even for one second. She makes us happy and we hope we make her happy, too.” 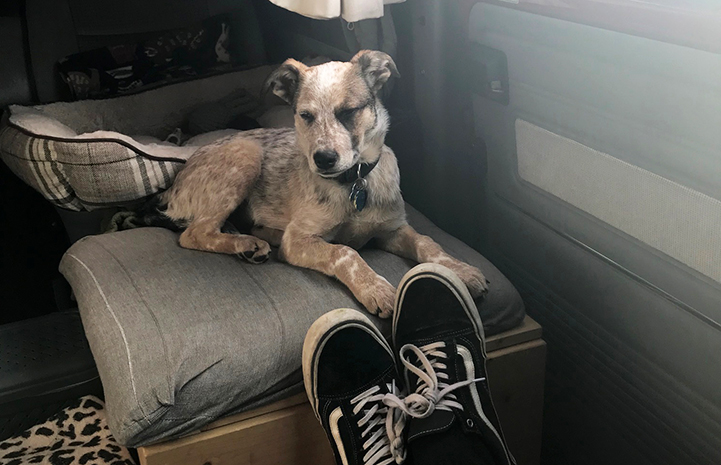 Recently, the couple returned to Belgium and, of course, Loka went with them. But the happy trio won’t stay put for long. Sam and Elise are already planning their next adventures: road-tripping through Europe and eventually returning to South America to reach their dream destination, Patagonia. When that happens, Loka may just have more stamps on her “passport” than any other dog adopted from the Sanctuary.

Adopt your own travel companion 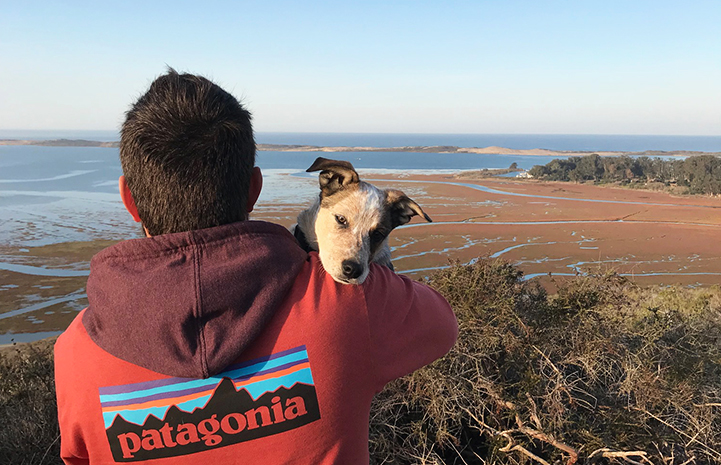 Photos courtesy of Elise Ghaye and by Kurt Budde