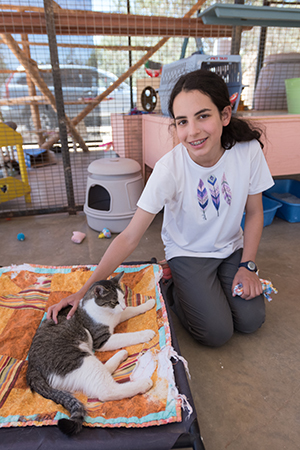 Lily has always loved animals, so when she saw a chance to make a difference in the lives of homeless pets and to help the nation get to no-kill by 2025, she leapt at the opportunity. By acting selflessly, Lily has not only inspired her family, friends and community to show greater generosity, but she has also set an example of kindness for other young animal lovers to follow.

Earlier this year, 13-year-old Lily preparing for her bat mitzvah, a traditional Jewish ceremony when girls (at the age of 12 or 13) are recognized as adults and full-fledged members of their religious community.

There is generally a big celebration and guests sometimes give a gift to the newest member of the community to commemorate the milestone. But Lily didn’t want gifts. Instead, she asked guests to consider donating to Best Friends Animal Society in lieu of gifts for herself. Lily felt that this would make the occasion of her bat mitzvah even more special and meaningful.

"A lot of my friends get gifts for their bat mitzvahs, but I wanted to do something different to mark the occasion,” Lily says. “I’d heard about Best Friends Animal Society having the largest animal sanctuary in the country. I think it’s really sad that animals are being killed in shelters just because they don’t have homes. Best Friends is a good cause, so I asked people to donate instead of buying me gifts."

Lily’s generous act had a snowball effect by sparking more generosity from her friends, family and community. Since her page went up on a crowd-funding website a little over eight months ago, she’s raised nearly $13,000 for Best Friends. 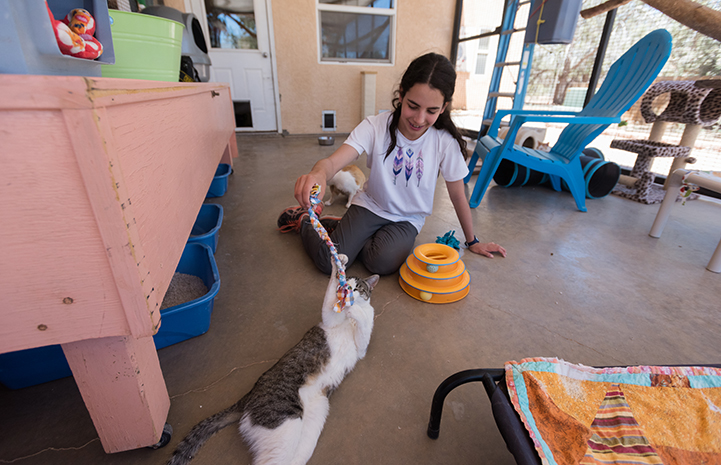 In early July, just a few months after her bat mitzvah, Lily had the opportunity to see for herself the difference that her gift — along with gifts from many other generous Best Friends members and animal lovers — made in the lives of homeless pets.

Lily traveled from her home in New York to southern Utah to visit Best Friends with an organization called The Road Less Traveled, which runs service trips for teens. During the trip, she spent several days volunteering at the Sanctuary. She helped to weed yards, the dog park and trails at Dogtown, wash dishes and socialize cats in Cat World and to sand and stain a fence at the Bunny House.

Though Lily and her fellow teens worked hard, there also was time for fun. And that included watching The Champions film, taking in a natural horsemanship demo at Horse Haven and taking a dog on an outing. 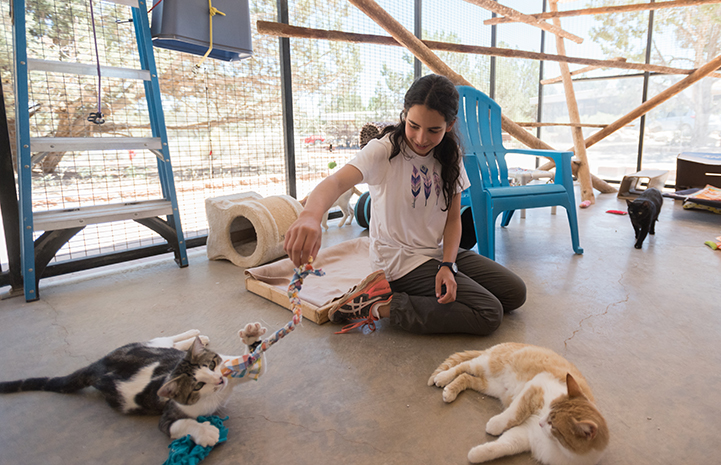 The young animal lover also seems to have set an example of kindness for others to follow. In early August of this year, Kelly Freedman visited the Sanctuary with her daughter, Julia. They celebrated Julia’s 13th birthday by volunteering with the animals and raising nearly $1,200 two weeks before arriving in Kanab.

Five years ago, when the Freedmans visited the Sanctuary during a family trip to Bryce Canyon and Zion national parks, they fell in love with and adopted their dog, Sienna. “Ever since, I’ve felt a deep connection with Best Friends,” Julia says. So, when it came time to choose a Bat Mitzvah project: “Fundraising for Best Friends Animal Society seemed like the right way to go.”

Julia appealed to her friends and family to help support Best Friends Animal Society by running an online fundraiser. During her birthday visit to the Sanctuary, she and her mother volunteered by feeding and socializing cats at Cat World, cleaning the dog rooms and yards in Dogtown, and cleaning the enclosures and feeding the residents at the Bunny House.

Volunteer with animals at the Sanctuary

Julia also had the chance to personally hand her donation check to Best Friends co-founder Jana de Peyer. “It was so special to have lunch with Jana and to know that the money I raised will go toward helping improve the lives of the animals at the Sanctuary,” Julia says.

This experience has led Julia to want to regularly help animals where she lives in Los Angeles. In fact, she was so inspired that, for her Girl Scout Silver Award, she decided to dedicate her time this coming school year helping bunnies and dogs at local shelters.

Though Lily and Julia don’t know each other, the two young animal lovers have now joined forces. In choosing generosity, they’ve inspired others to be more generous. And, in supporting Best Friends, they have helped to better the lives of homeless pets and to bring the nation one step closer to no-kill by 2025. 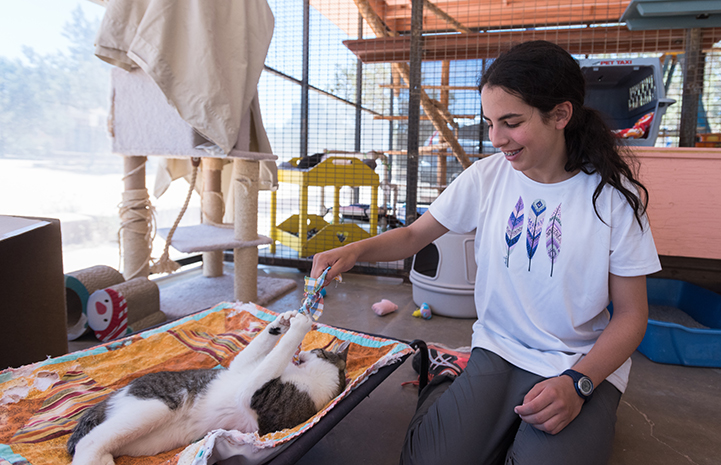