Best reasons not to declaw your cat

Image
Read story of one cat who had declawing surgery go wrong, leaving her with chronic pain and behavioral problems, two primary reasons not to declaw.
By Christelle L. Del Prete 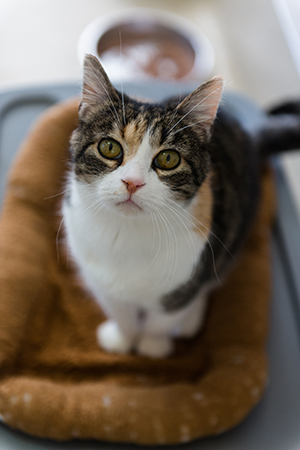 ​Coraline’s caregivers at Cat World describe her coat as “talico,” or a mixture of calico and tabby. She has white markings and big orange patches mixed in with her brown tabby stripes. The look is just unique enough to catch the eye of a potential adopter, and Coraline, curled up in her cozy cat bed, seems calm and sweet. But last year when the 12-year-old cat lost her home and found herself in a shelter, her chances of being adopted were slim.

Even while she was living in a foster home, Coraline was struggling and lashing out at people. Though she seemed friendly from afar, things changed when people got up close. Coraline did not want to be touched, and she wasn’t afraid to say, “No way” to being petted. She would hiss and try to bite if anyone reached out to touch her below her front shoulders or try to pick her up. She got especially defensive by swatting at anyone who went near her feet.

The reason for Coraline’s behavior was heartbreaking. She was suffering chronic pain because of a feline declaw surgery that had gone wrong. Because she was so protective of her sensitive feet, she was getting an unfair reputation as a mean and grumpy cat. She needed help to get her life back on track, and so she was brought to Best Friends.

Although cat declawing is considered inhumane and considered illegal in many countries, it is still done regularly in the U.S. Most people who decide to have their cats declawed do so to protect their furniture from being scratched or to guard against injury to themselves and family members. 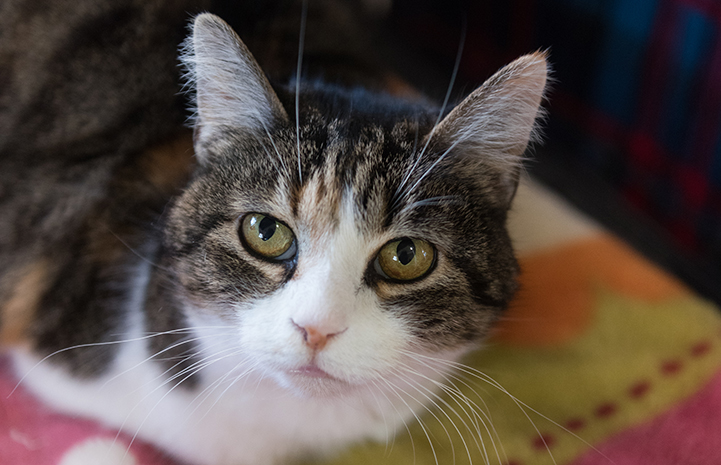 What many people don’t realize is that declawing surgery is an amputation of each toe at the first joint. That can cause chronic pain, which in turn can cause behavioral problems. Because cats’ paws remain sensitive after the surgery, they may avoid scratching around in their litter boxes and choose to relieve themselves outside the litter box; or, like Coraline, they may develop other behavioral problems not present before the surgery.

Although Coraline’s people weren’t trying to be cruel, the feline declaw procedure left her with permanent damage to her feet. When the normally sweet cat suddenly refused to be touched and became “ornery,” she lost her home. Had she stayed at the shelter, which didn’t have the resources to help her feel better physically or emotionally, she would have been at risk of being labeled “unadoptable,” which would put her life at risk. 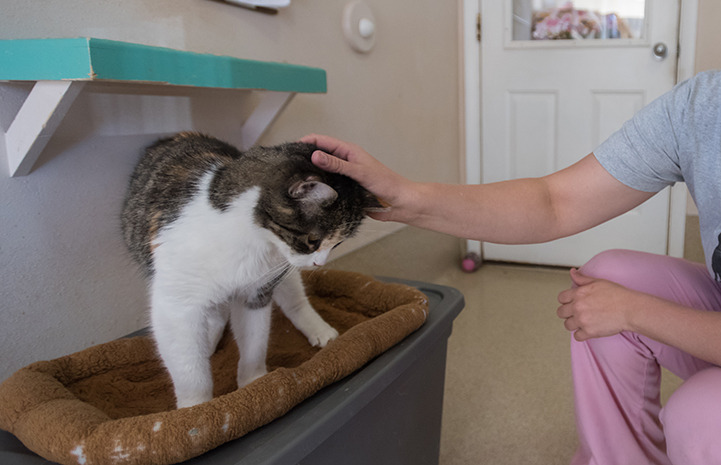 At the Sanctuary, the priority was helping Coraline feel better. If she was to enjoy life (and human touch) again, her pain had to be controlled. Best Friends vets quickly got to work figuring out the best combination of medication (currently a nerve blocker and joint support supplement) to manage her pain.

As Coraline’s pain faded with use of the medication, caregivers gradually began getting her used to being gently touched. Soon, she seemed to remember that she likes chin rubs and gentle scratches on her forehead. She’s even started approaching people to ask for attention instead of hissing and running away whenever it is offered. And while she may be 12, she’s once again interested in playing with toys. Sometimes she even leaps after whatever strikes her fancy — such as a tiny piece of kibble that’s fallen on the floor.

The best quality of life for a cat like Coraline

Since the cat declawing surgery, Coraline’s life has changed. She may always need medication to stay comfortable and content, and she may always put up a fuss about being picked up or having her legs and feet touched.

Her story can be considered a cautionary tale about the true cost to declaw cats, but there’s still a happy ending for Coraline. Because someone cared enough to find the reason she lashed out, she now has what is, for a cat like her, the best life possible. She also has a future and a real chance of finding a home where she can live happily ever after. 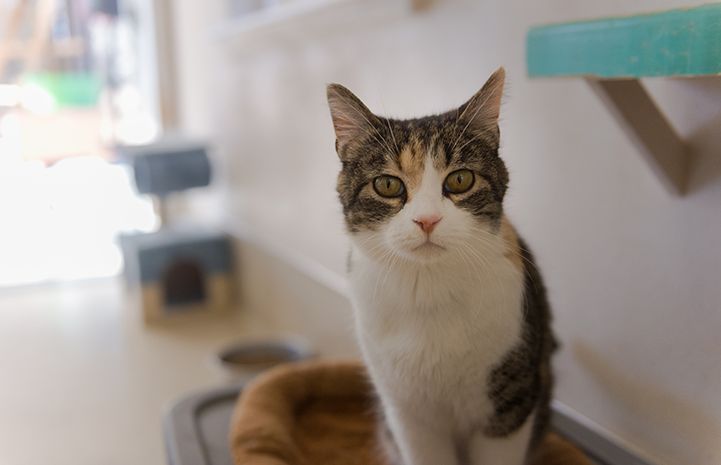