A big, loving home for a deaf senior dog

Image
Deaf senior dog, with a benign mass on her ear and skin allergies, receives medical help and is then fostered and adopted. Read the sweet story.
By Nicole Hamilton

Kiwi rode shotgun to her new home in Tennessee. That’s pretty impressive, considering the senior dog was in a car traveling all the way from Los Angeles to a farm in Nashville, where she now gets to share the great outdoors with farm animals, and then retreat indoors for family couch time.

Rachel and Caleb Clement adopted Kiwi from the Best Friends Lifesaving Center in Los Angeles. As fulltime caretakers to five children with special needs, they know the power of opening your heart and your home. And about a day after picking up Kiwi to foster her, they knew she was meant to be a permanent part of their big family. 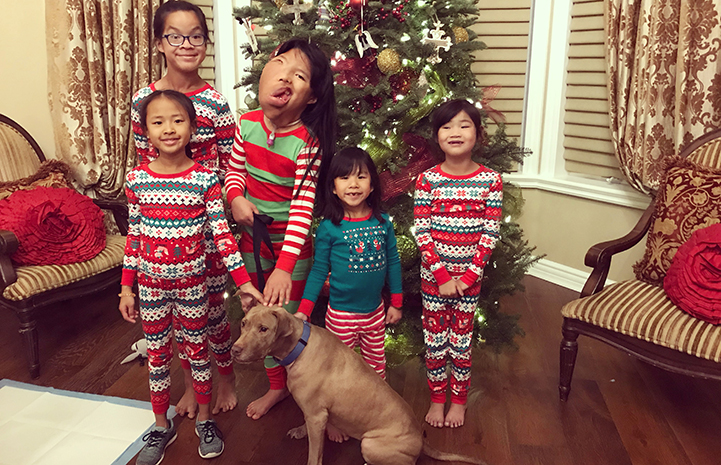 Help for a dog with chronic ear infections

Back before Kiwi was Music City-bound with her family, she embarked on a different kind of journey. But this one was impressive, too, because it saved her life. Kiwi, who is deaf, was brought to Best Friends from a Los Angeles Animal Services shelter. She had a benign mass on her ear and she suffered from severe skin allergies.

Those medical issues, combined with her being in a shelter at an advanced age without being able to hear, put her at risk of never finding a home. So she made the journey to Best Friends, where she could get healing medical attention and the time to find a home. 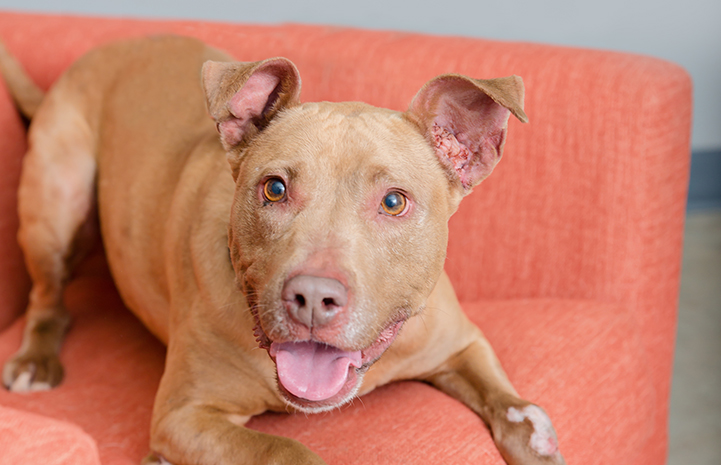 At the center, Kiwi underwent surgery to remove the large mass in her ear, which was likely caused by chronic ear infection, and also began treatment for her allergies. And as she healed quietly in her kennel, she became a staff favorite.

“She was so patient,” says Alandra Ortis, dog care giver at the center. “As her skin started to get better, her spirits started to go up, too.”

To help keep Kiwi on the path of healing, the staff asked for foster volunteers. Rachel and Caleb stepped up and fell in love with Kiwi on the ride home as she laid her head on Caleb’s lap.

Helping Kiwi get healthy again became their number one focus. “We just looked at each other and said OK, we have to tackle this,” says Rachel, who even made covers for Kiwi’s legs out of the arms of old sweaters. “We were not giving her up. To us, she was the most special dog on the planet.” 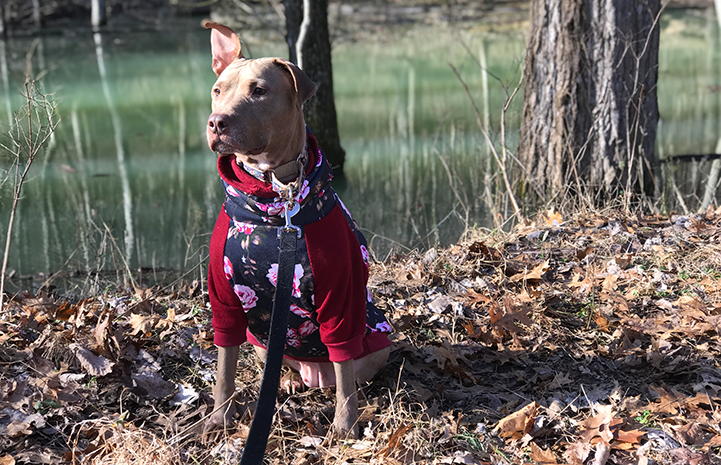 With the help of her foster family, Kiwi turned a corner and her skin began healing quickly. But every time Caleb brought up bringing Kiwi back to the center to get adopted, Rachel couldn’t talk about it. The thought of saying goodbye to Kiwi was too difficult. Instead, Kiwi became a permanent member of the family.

At home on the family farm

Right around the time Rachel and Caleb adopted Kiwi, they made the decision to move from L.A. to Nashville. A cross-country move is never easy, but Kiwi handled in stride. Turns out, when she’s not living in uncomfortable skin, she’s a laid-back, easygoing dog.

Kiwi also shares a special bond with each of the kids. For example, Kimbie feels a connection with Kiwi because she is also deaf. “Kiwi is their first step in learning responsibility,” says Rachel.

Kiwi loves to spend time outside with the goats and pigs, but she’s most comfortable in her dinosaur pajamas cuddling up next to Caleb and Rachel. “Life is a lot sweeter and there’s a little less room in the bed now,” says Rachel. 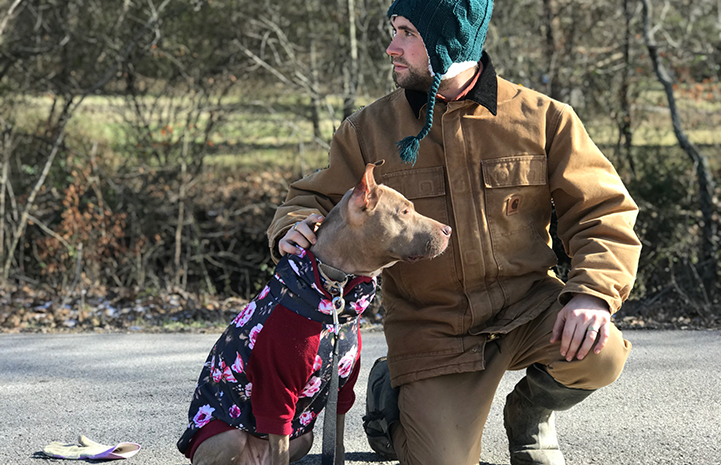 “We’re endlessly grateful to Best Friends for matching us with the dog we never knew we needed,” adds Caleb.

Back in L.A., Alandra thinks of Kiwi often and is happy she’s found such a loving family. “Kiwi got to a foster home and just kept thriving,” she says. “She’s a wonderful testament to giving dogs with medical challenges a chance, because it’s worth it.”

Adopt your next pet and save a life