Symphony’s name couldn’t fit her any better. Her most striking quality is her voice, which she uses to talk and “sing” to people. She’s no shrinking violet, either. When visitors walk into her room at the Sanctuary, she’ll jump down from her favorite shelf and rush to greet them. With her long grey fur, white bib, white-tipped paws and long white whiskers, she’s quite the looker, too. In short, she’s impossible to ignore.

But for all her success at getting people’s attention, she wasn’t having any luck finding a home when she lived at the Michigan Animal Rescue League. One reason might be because Symphony is no longer a kitten. She’s about to celebrate her eighth birthday. On top of that, she has feline immunodeficiency virus (FIV). 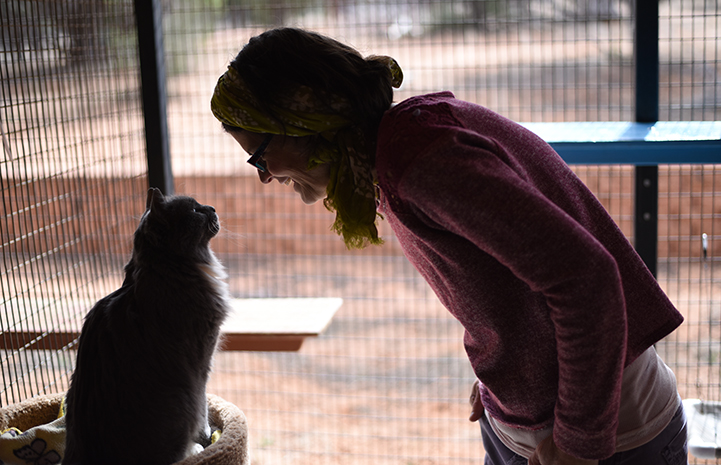 FIV is a lentivirus, which weakens a cat's immune system. This means that a cat with FIV is more prone to getting infections such as upper respiratory infections, ringworm and dental disease than a cat without the virus.

The shelter where Symphony lived was trying hard to educate the public about FIV cat life expectancy. (FIV-positive cats tend to live normal lives and to have a normal lifespan.) Still, people passed over the sweet grey and white kitty time after time. It was looking like Symphony was going to be homeless for a long time, but the shelter staff knew that the confident, charismatic cat deserved better than that. So they reached out to Best Friends. 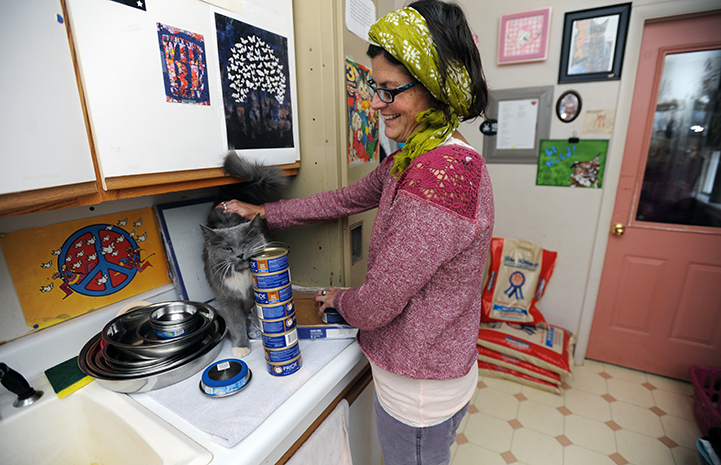 At the shelter, Symphony’s only roommate was a single cat who also has FIV. At the Sanctuary, she's living in a room with six other cats just like her. In order to prevent FIV transmission, cats who have the virus live in rooms with other cats with FIV — at least at first. For the new arrivals, it’s a trial period that gives caregivers a chance to carefully monitor how they act around other cats.

The most common way the virus is spread is from a deep bite wound from an FIV-positive cat to another (non-infected) cat. So, if the cats hiss, swat or try to fight with other cats, they will either have to live only with other FIV cats, or be adopted as single cats. If, on the other hand, they are sweet and gentle with other cats, their options for feline roommates (and thus for potential homes) really open up.

There’s good research to back up this approach. A study by Purdue University’s College of Veterinary Medicine found no evidence that FIV is transmitted during normal everyday interactions between cats who have the virus and those who don’t. So, while Symphony is still being evaluated, she won’t pose any risk to other cats unless she is aggressive toward them.

But even if she doesn’t get along well with her own kind, there was no need for a perfectly adoptable kitty like Symphony to languish in a shelter. At the Sanctuary, she is finally in a place where people fully understand her and where potential adopters can see her for what she is — a normal, healthy kitty who also happens to be super outgoing. 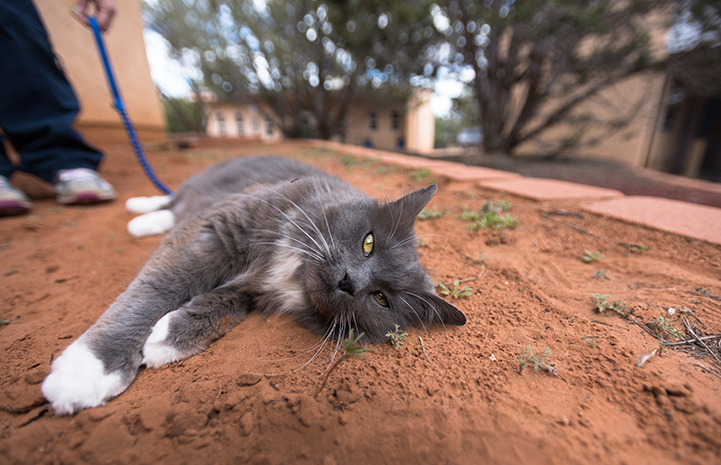 Symphony is taking full advantage of all the extra attention she’s getting in Cat World. In fact, she is thriving. She has plenty of volunteers to take her on walks, which is her favorite thing to do. As soon as Symphony gets outside, she kneads the air with her feet, rolls in the sand and kicks up clouds of red dirt.

Then, when she comes back inside, the cat caregivers call “a quirky, adorable girl” goes back to greeting people and making music. “She's got the right name,” says Cat World caregiver Jodi Forsyth. “She's always singing something for us.” 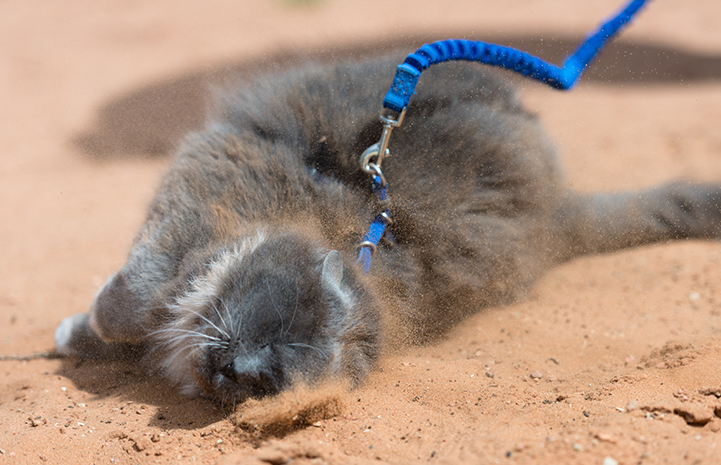