Image
Do cats get colds? Yes, they do. One outdoor cat, Diago, caught one that led to severe complications, but his life is looking up now.
By Christelle L. Del Prete

Sometimes, a sharp pair of eyes, a bit of compassion and some quick action can make all the difference in an animal’s life. That’s certainly true for Diago. The handsome gray-and-black tabby cat probably wouldn’t be alive today if it weren’t for an attentive community cat caregiver.

While living outdoors alone probably wasn’t the most ideal situation for this super friendly, people-oriented guy, the community cat colony he lived in was well managed and cared for. Diago and the other cats had a constant supply of fresh food and water, and they had also been spayed or neutered and vaccinated. Diago was happy — until he fell horribly ill.

Learn how to help community cats in your neighborhood 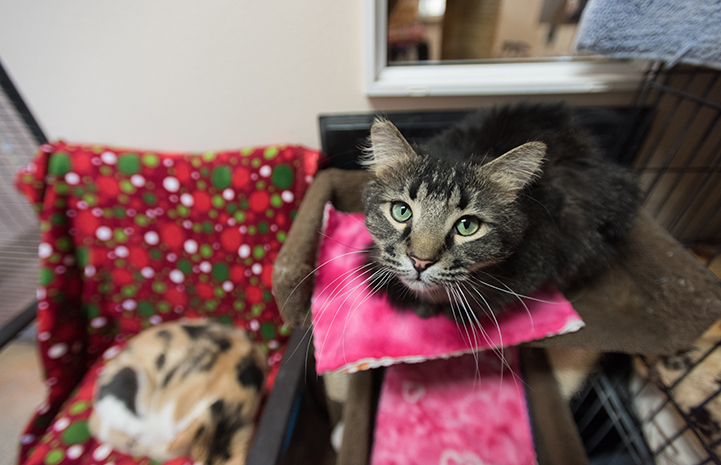 Sniffling and miserable from what seemed like a serious feline respiratory infection,

Diago began dragging himself around the neighborhood. His caregiver noticed him moving much more slowly. She also noticed that he wasn’t eating or drinking. This worrisome behavior went on for days.

Cat congestion and cat respiratory problems can certainly make food less appealing — even unrecognizable to cats. But when a kitty stops eating for several days in a row, it can be dangerous. It’s sometimes hard for cats to start eating again on their own without getting help for the issue that made them stop eating in the first place. Diago needed help fast, so his caregiver reached out to Best Friends’ local community cat program. 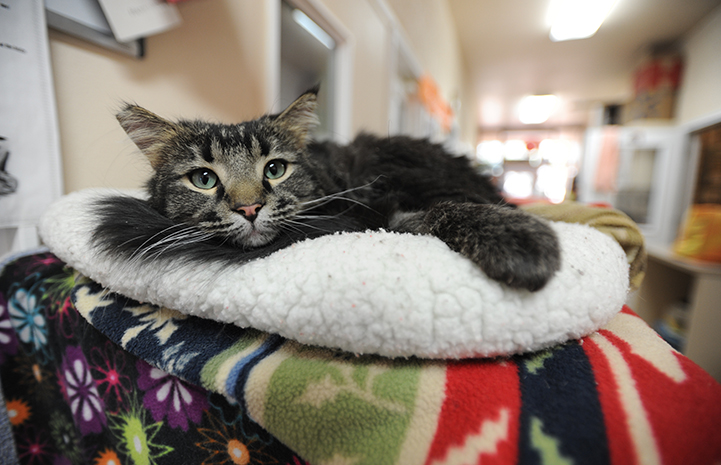 Staff made arrangements for Diago to be seen at the Best Friends Animal Clinic. While he did have a pretty bad cat upper respiratory infection (URI), it wasn’t the worst of his problems. His poor tummy was seriously upset, and his liver had taken a beating from the lack of food and water. In fact, his liver was in such bad shape it had begun to shut down.

Diago’s life was in danger, but the Best Friends veterinary team knew that he still had a chance. They gave him fluids, antibiotics and medications to ease his symptoms. They also set him up with a feeding tube to get him critical nutrients. No one knew how long it would take to nurse Diago back to health. They only knew they would be there for him every step of the way.

Luckily, it didn’t take very long for Diago’s health to be restored. Once the cat upper respiratory infection treatment kicked in, Diago surprised everyone with how quickly he came around. After a week in the clinic, the resilient cat still needed monitoring and medications; but he was able to ditch the feeding tube because his appetite had returned and he was eating on his own again.

Soon, Diago was well enough to leave the clinic for good. But at the age of 10, after having been through a major health crisis, it was time for him to retire from community cat life. His former caregiver had certainly saved his life by recognizing the cat URI symptoms before it was too late. But Diago would have to be watched even more closely for a while, to make sure his health remained stable and that his illness didn’t return. So, he moved into Cat World. 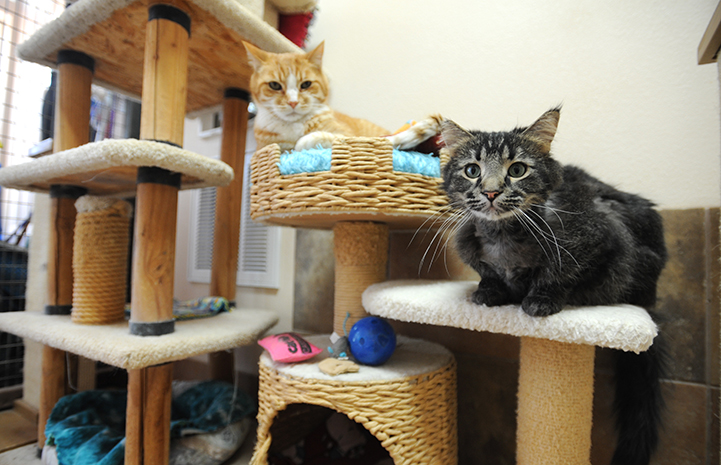 Although his days of free roaming were over, Diago didn’t seem to miss them. In Cat World, surrounded by people, he seemed content to rest in people’s laps and be petted. He liked to be held, and he let everyone know it by sounding his loud, rumbly purr whenever they picked him up.

Diago settled in at at the Sanctuary to wait for a home of his own. Much like his recovery time, his wait was far shorter than anyone had even hoped. With his friendly nature and striking green eyes, Diago quickly won an adopter’s heart and got to go to a new home. And it all happened because someone was looking out for him, stepped in when he needed help and got him the care he needed. 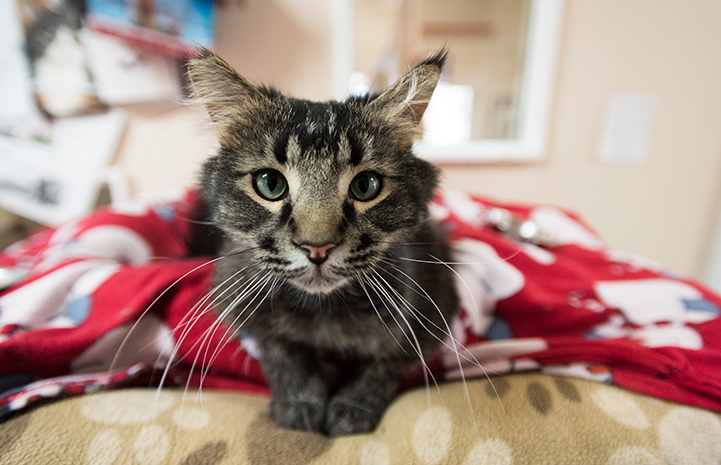