Image
Cat with neurological condition (hyperesthesia) led to him attacking his own tail, but meds, including a nerve blocker, are helping with his pain.
By Christine Colbert

It’s not fun being your own worst enemy. Constant pain and muscle spasms are no treat, either. Sandwich knew this more than most cats. When he arrived at the Best Friends Animal Sanctuary from a shelter in northern Utah, it was clear from the beginning that he was having a hard time.

Sandwich was not a happy cat. Without warning he would scratch and bite people. And he wasn’t better off when he was alone. He’d spin around chasing his tail, hissing and howling at it. In fact, he often sounded like he was in a fight with another cat. But it was just himself he was after. 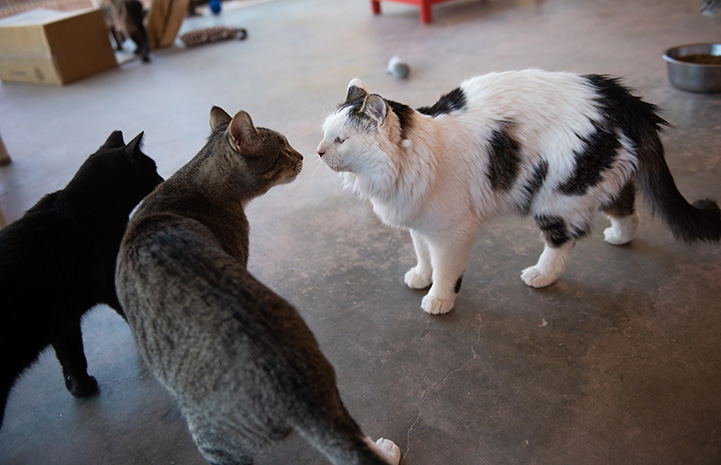 Getting to the bottom of a cat’s tail-chasing

This was not a good life for Sandwich. His behavior was erratic and he couldn’t be petted without lashing out. Sanctuary caregivers could see that he wanted to be around people; however, when he tried, he became really uncomfortable. But why?

It didn’t take long for Best Friends veterinarians to get to the root of the problem. Sandwich was suffering from a physical condition called “tail hyperesthesia.” It’s a neurological disorder that causes muscle spasms, twitches and pain along the back and tail. Sandwich was experiencing extreme discomfort for a reason: His body didn’t feel good. And as it turned out, that was why he was attacking his tail. From Sandwich’s perspective, his tail was attacking him.

This condition also caused him to be extra-sensitive to touch, making it difficult for him to be petted and loved by people. What should have been comforting to him was causing him pain. Even the most soothing, gentle touch was too much for Sandwich to tolerate. But thankfully, something could be done about it. 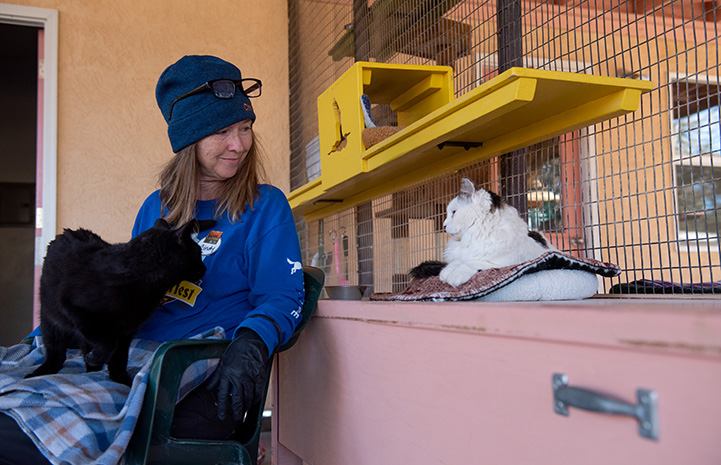 With the help of medications, including a nerve blocker to quiet down those discomforting sensations, Sandwich’s condition greatly improved, as did his relationships with people. Now he can soak up the attention he craves, and he loves to be petted and held. It doesn’t hurt anymore. All Sandwich needed was some medical attention so that he could be at ease in his own body.

These days, Sandwich loves being the center of attention. He’s happy to sit on the nearest available lap, purring contentedly and calm as ever. He is no longer being silently attacked by his tail, nor is he his own worst enemy. Thanks to some helpful medication, Sandwich can finally relax, be himself and enjoy life without constant pain and discomfort. You might even say that he and his tail are now friends. 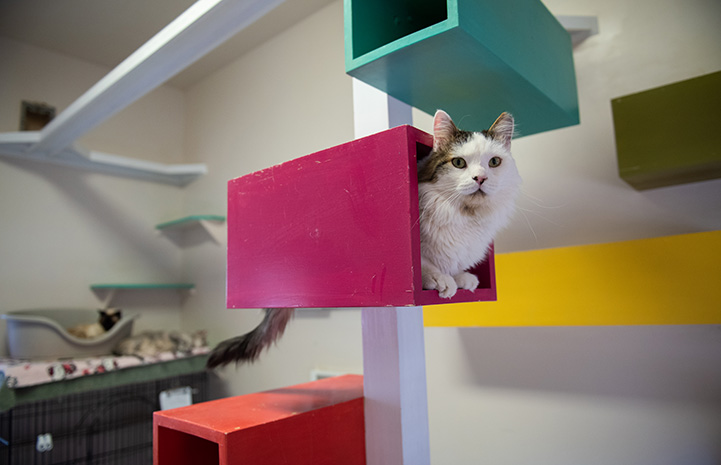