Image
Corporate office cats, who are also adoptable, add an important element to business meetings at the Sanctuary by offering headbutts and purrs.
By Christelle L. Del Prete 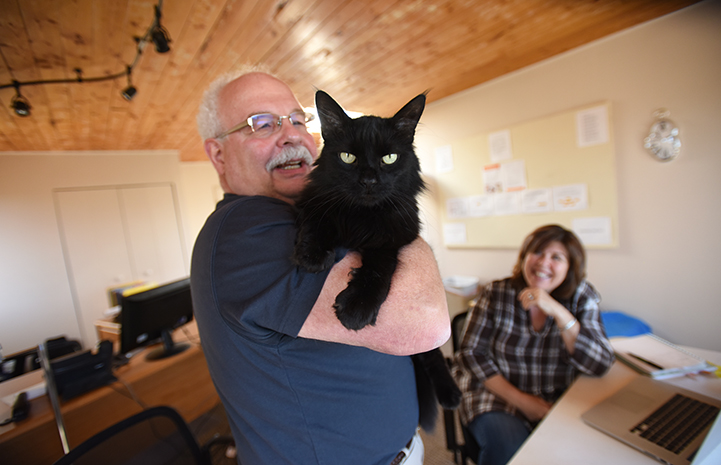 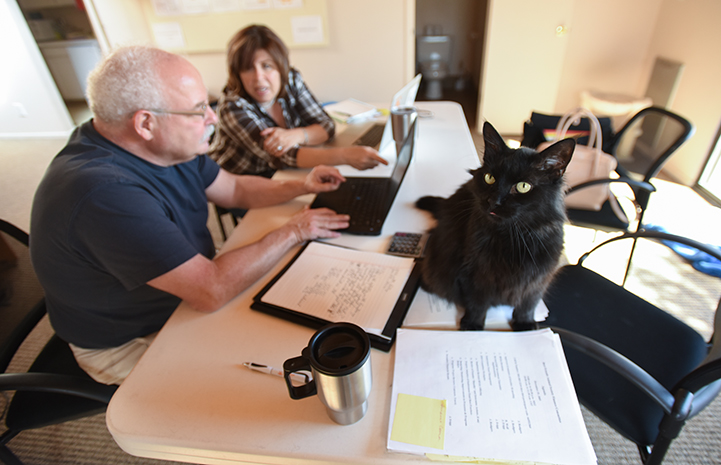 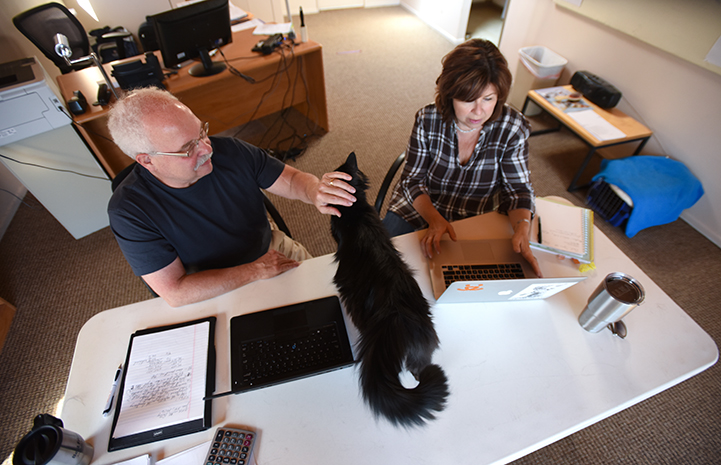