Change of heart for an elusive cat

Image
Tabby and white cat was elusive and uninterested in other cats and people, but with patience from his caregivers he's become more social and friendly.
By Christelle L. Del Prete

It used to be that Clark could only be found in one of two places in the Cat World building where he lives. Either he’d be in the kitchen waiting impatiently for his meals, or he’d be in the laundry room, wedged so far into a pile of blankets and cat beds on a back wall shelf that he was almost invisible.

Socializing with people or other cats didn’t seem to interest him. In fact, it was hard to know if anything (besides food) did interest Clark. The handsome tabby-and-white cat had perfected his poker face. He’d give caregivers the same wide-eyed, unimpressed stare ― whether they were talking to him, petting him, keeping him company or just giving him his space.

After making his appearances for lunch, breakfast and dinner, Clark would once again retreat to his blanketed hideaway. But the elusive cat, who came to Best Friends from a rescue organization in New York, was about to make a big change. 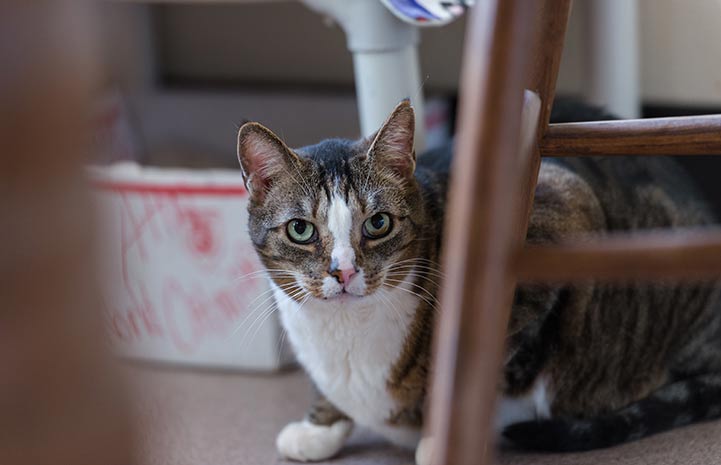 Maybe it was because Clark appreciated his caregivers’ patience and the fact that they gave him attention on his terms. Maybe it’s because he lives in Sinjin’s, the weight-loss building for cats in Cat World that has plenty of caregiver and volunteer foot traffic. It could be that Clark is feeling better now that he’s shed a few extra pounds. Or perhaps he’s taken some cues from Richie and Tango, a pair of friendly social cats who went out of their way to befriend him.

It could just be that Clark had a change of heart and decided that people aren’t so bad, and that having a bit of a social life can be kind of fun.

Whatever Clark’s reasons are, he’s become a different cat over the past few months. Instead of dashing back to the laundry room after each meal, he's been spending time in the lobby, snuggling with Richie and Tango and watching people come and go. He’s a lot more willing to be petted and accept chin scratches from caregivers. And, if new people are patient enough to sit still and wait for him to make up his mind, he just might let them pet him, too. 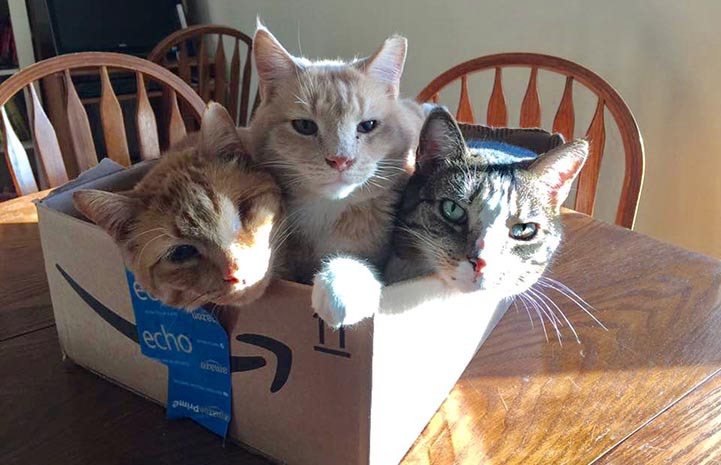 The poker-faced cat who smiles

Of course, Clark hasn’t given up all of his old ways. He still likes to curl up in his pile of blankets in the back room. Mealtimes are still his favorite, and he’s been known to get a little “hangry” every now and again. Clark will meow loudly if he suspects that dinner might be a minute late. And he won’t hesitate to take a swipe at any other cat who dares to come in between him and his food bowl.

Clark’s also pretty good at hiding the fact that he now likes people ― or at least he thinks he is. “He still has a poker face,” says Cat World team lead Katie Kyzivat. “But I swear I can see him smile sometimes.” 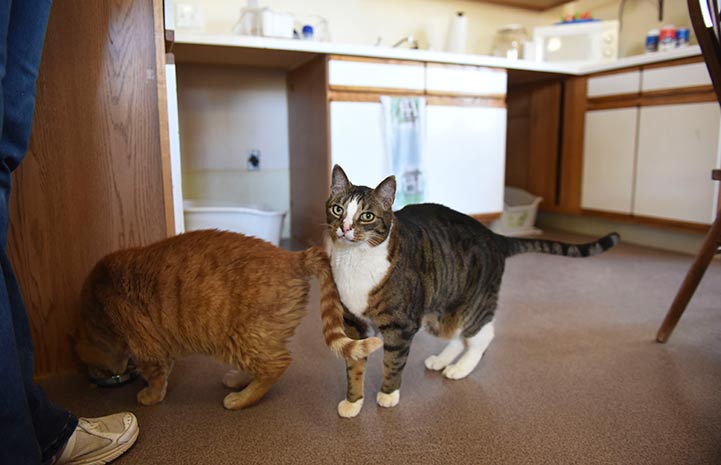