Changing a cat lover’s mind about spaying and neutering

When Courtney Pierce, coordinator of the Columbus Community Cats Project in Columbus, Georgia, noticed a particularly large number of kittens being brought to the Columbus Animal Care and Control shelter from one rural zip code, she decided to pay the area a visit.

Her plan was to go door-to-door and offer help from the Best Friends program, which is made possible through a generous grant from PetSmart Charities®. She wanted to set up a plan for trap-neuter-return (TNR) to prevent unaltered cats roaming the area from having kittens and to stem the flow of cats to the shelter (which has neither the space nor the resources needed to save these young lives).

As Courtney made her way around the neighborhood, she found what she called the “kitty jackpot.” She could see cats and kittens in several yards, so she started knocking on doors to learn more about them. “The first house had five cats in the yard and no one came to the door,” she says. “At the second house, three cats sat silently watching me, but no one came to the door.” 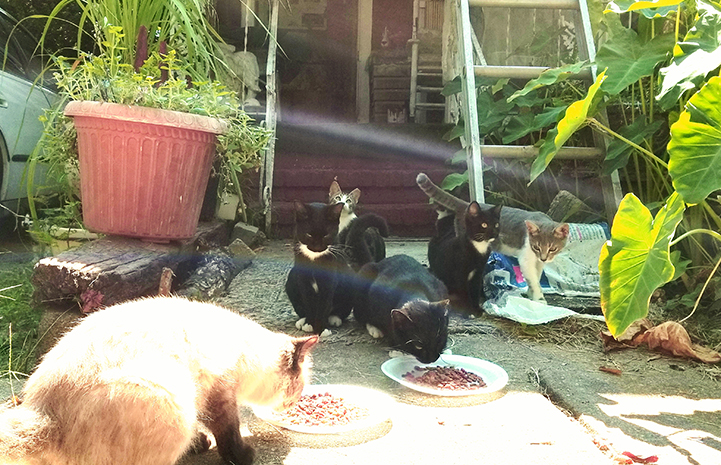 At the third house, there were too many cats to count in the yard, but this time when she knocked, Larry Caulton opened the door.

By the time she said goodbye to Larry, she knew a lot more about the neighborhood’s rich history and culture, as well as just how deep a connection there was between Larry and those cats. Best of all, she convinced him to take part in the community cat project and get all those kitties spayed and neutered. 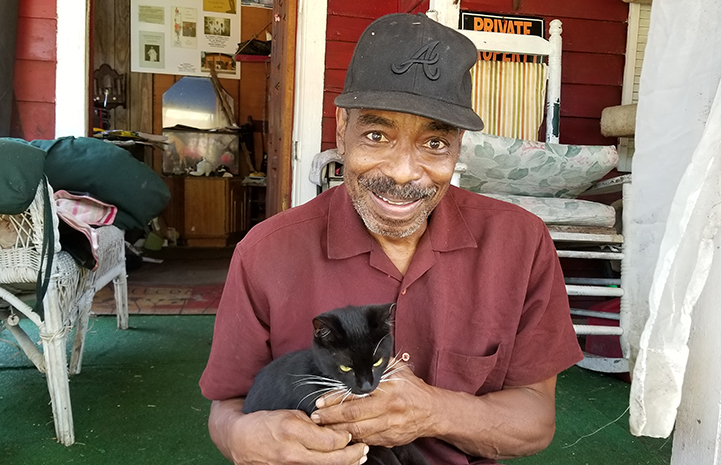 Cat colony: one man’s connection to the past

The house where Larry lives is also the same one he grew up in that once belonged to his father, James Caulton, one of the area’s first African-American veterinarians. Dr. Caulton recently passed away at the age of 91, and now Larry tends to cats who live on the property.

“Me and my father are a lot alike,” says Larry. “We always had dogs and he treated a lot of dogs, but when he retired he fell in love with cats.”

Today, three generations of cats live on the property, with most of them descendants of his father’s cats, none of which were never spayed or neutered because his dad had a let-cats-be-cats approach.

“He just continued to take care of how ever many he had,” Courtney says. “I guess in that era, spay/neuter wasn’t as common as it is now.”

The cats are very important to Larry, something Courtney picked up right away. “Besides material possessions, the cats are his last connection to his father, and he is fiercely protective of them,” she says.

Courtney knew it would take some convincing for Larry to allow her to trap the cats and have them spayed or neutered. But they soon found common ground. Dr. Caulton earned his degree in veterinary medicine from Tuskegee University, which is attended by Courtney’s wife. The talk soon turned to TNR, and once Larry learned that some of his kittens were brought to the shelter, he changed his thinking. 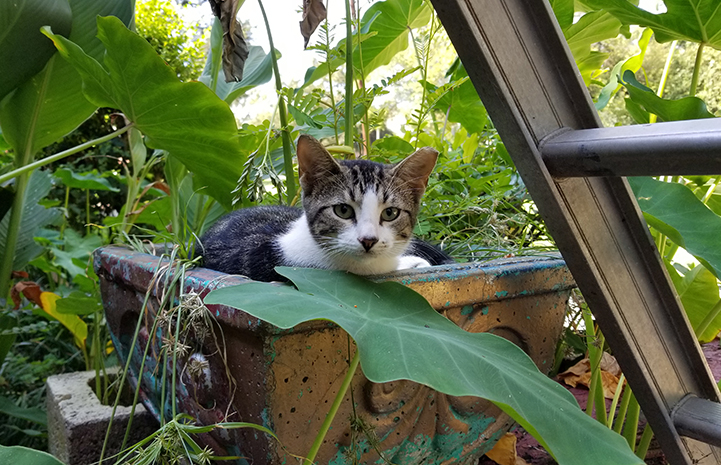 Courtney returned to Larry’s property during feeding time the following week to humanely trap as many cats as possible. Larry participated in the trapping, and Courtney could hear him whisper “Got ’em” every time a cat went into a trap. By the time she left that day, she had trapped 17 cats, and all of them were eventually spayed or neutered, vaccinated and ear-tipped (to identify that they’d been fixed). Then they were returned to Larry’s property so that he could continue to keep his dad’s legacy alive by caring for them.

At first, Larry was skeptical about the community cat program and was worried that because Courtney took the cats for surgery, that they’d be angry and refuse to return. But when they did come back, he realized he had done the right thing. “They came back as happy as they were before,” he says.

Larry continues to care for about 20 cats, and all of them have been spayed or neutered. In addition to feeding them and making sure they have adequate shelter and are healthy, his job is to keep them company — something he does every day.

“They do what I call the ‘love dance.’ They come over to me and lift their tail high and shake their backside,” says Larry, as one climbs onto his lap. “The thing about cats is that all they really need is a little love.” 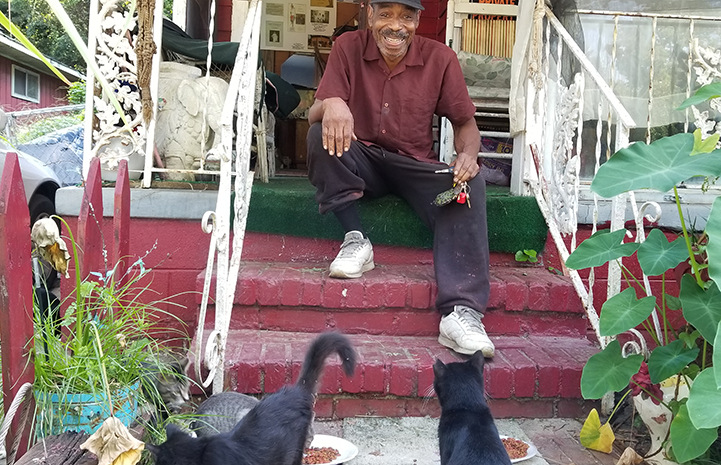