Why do some male cats have big cheeks? Unneutered tomcats often have puffy jowls. Find out why, and see some adorable chub-cheeked cat photos.
By Nicole Hamilton

His appearance earned him the name McCheeks, but you could also call him McLovin’, considering how affectionate he was at the Best Friends Lifesaving Center in Los Angeles.

McCheeks absolutely loves people, which is a good thing, because when you’ve got chub-cheeks for days, you better expect some snuggling.

So how do big unneutered cats like McCheeks, who live outdoors on their own (you may hear ‘em called tomcats), get those impressive jowls anyway?

It comes down to testosterone, says Erin Katribe, Best Friends medical director. “We generally assume it's for protection from fighting,” she says. “The face is definitely a common place for fighting wounds or abscesses.” Dr. Erin says it’s more than just naturally growing jowls, because fighting may actually make them bigger.

Of course, some big cats like McCheeks, who come to Best Friends to find homes, are definitely more lovers than fighters — at least now that their stray days are over. Take Mr. Henry Cheeks, for example. A full 15 pounds of love, he’s McCheeks’ partner-in-jowls at the Best Friends Lifesaving Center in Salt Lake City. The only fighting this guy does these days is jockeying for a spot on his adopter’s lap. 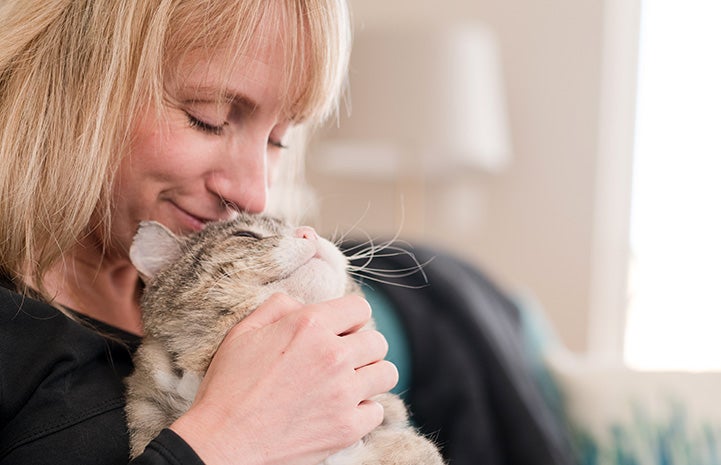 In honor of chub-cheeked cats everywhere, take a look at some adorable ones from around Best Friends.

Boxley, who also has impressive jowls, is at the Best Friends Lifesaving Center in New York City along with Nash, who’s got an impressive gaze to boot. 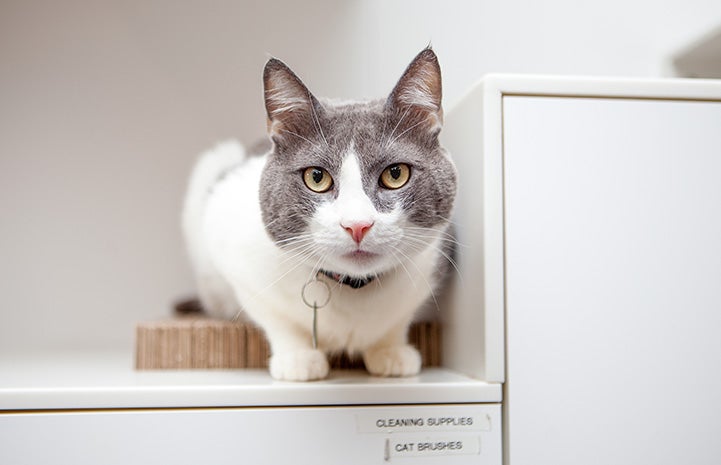 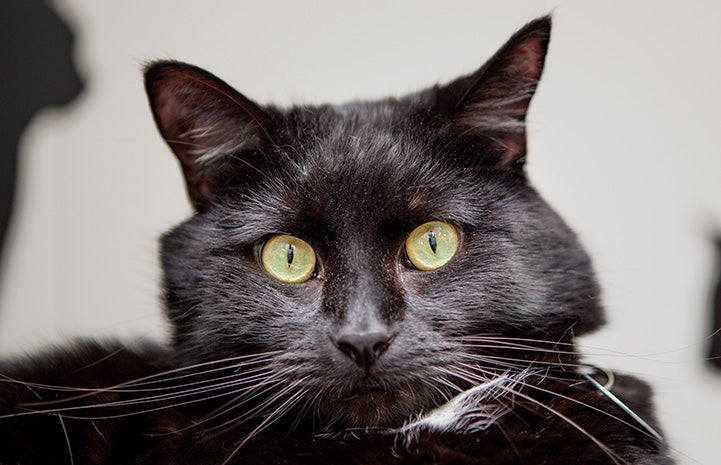 Check out the mountain-size cheeks on Boulder, a cat who was adopted from the center in Los Angeles. 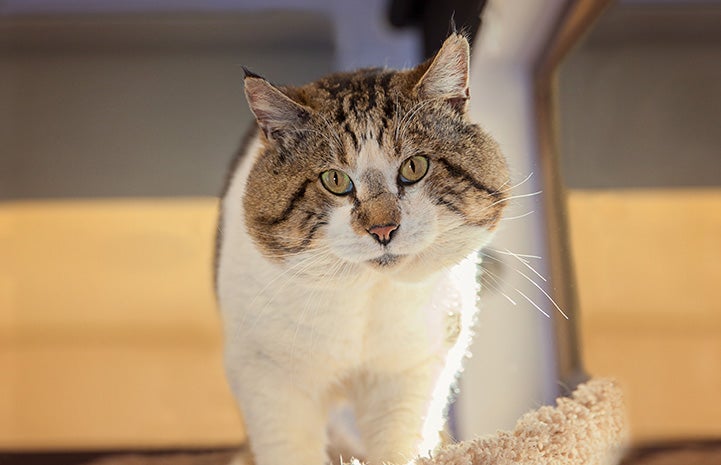 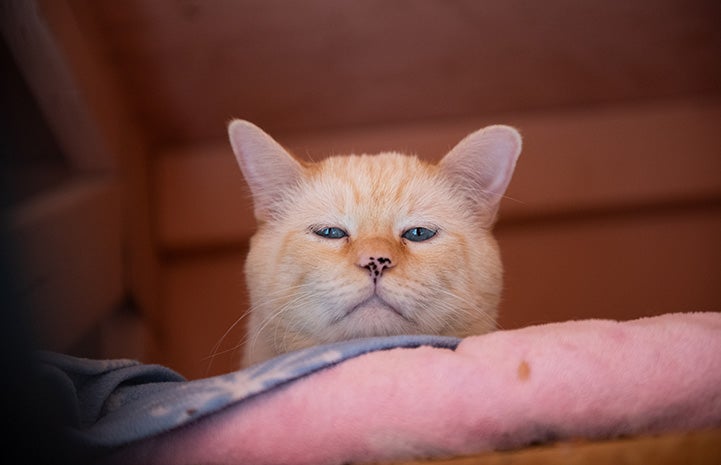 Representing adoptable tomcats from the great state of Georgia, here’s Lennie from the Best Friends Lifesaving Center in Atlanta. 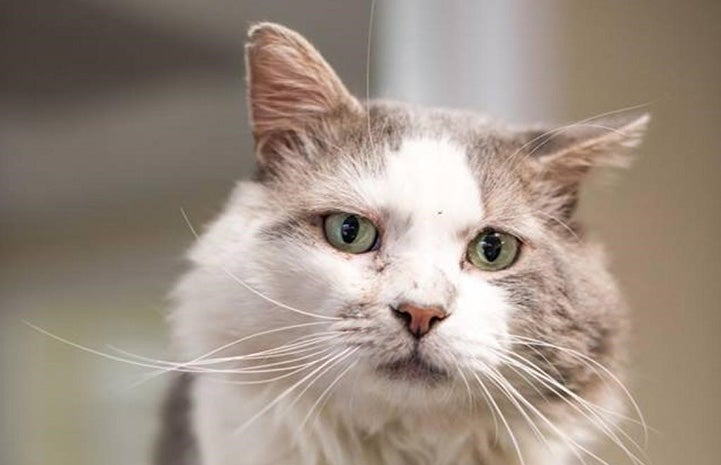 One more of Mr. Henry Cheeks and McCheeks, respectively 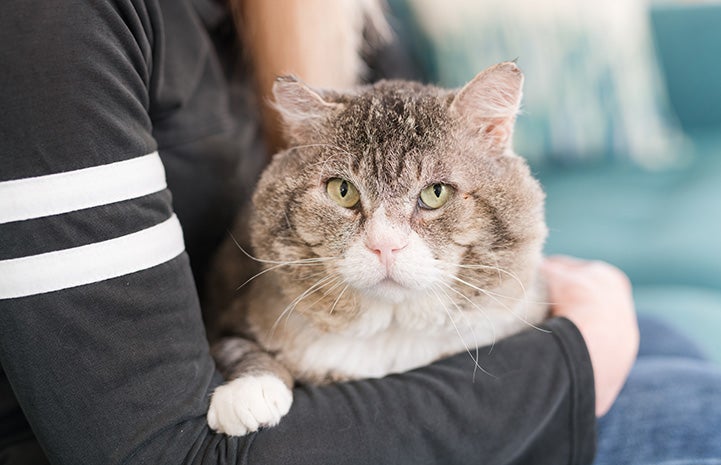 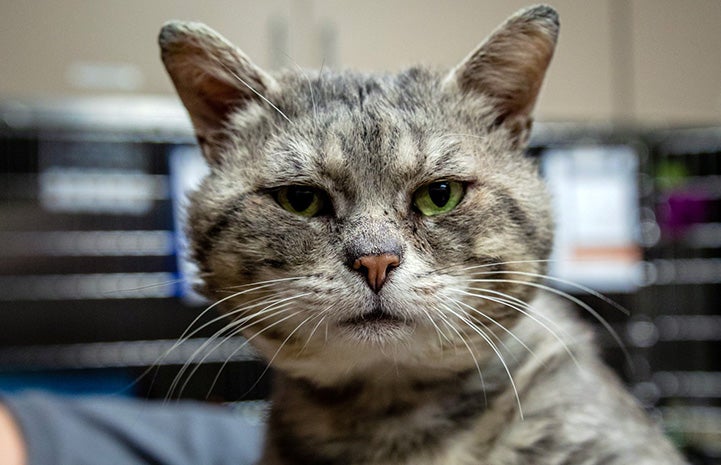 Adopt a cheeky cat near you