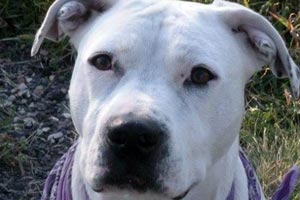 It wasn’t quick or easy for Shay the dog to find a home. Though she’s beautiful, with her smooth white coat, expressive brown eyes and dappled ears, Shay was wary of new people. Most adopters want a dog who seems to like them, but Shay seemed just too afraid to like anyone.

Luckily, Davis County Animal Care and Control, the shelter that rescued her as a stray, has made light years of progress in the past decade, and recently took the next step by signing a no-kill agreement with Best Friends Animal Society. It’s a new day for pets in Davis County.

When Tracy Roddom started working at Davis County animal control 15 years ago, it was a very different place. Back then, shelter policies didn’t allow staff to work with rescue groups, and did not allow the adoption of any pet more than five years old or the adoption of any pit-bull-terrier-like dog — even puppies. “Kittens were all euthanized, and all of the injured and sick were euthanized,” Tracy recalls. “Animals were lined up in the hallway waiting for euthanasia.”

Back then, Shay wouldn’t have had a chance.

The shelter is a very different place today, as antiquated policies have fallen away in favor of programs to save pets rather than dispose of them. Tracy, now the shelter’s assistant director, welcomes the changes. “I’m proud of how far we have come, with the changes we’ve made,” she says.

As one of the busiest shelters in Utah, Davis County Animal Care and Control is pivotal as part of Best Friends’ No-Kill Utah (NKUT) initiative. The NKUT Coalition comprises shelters, rescue groups and individuals, all with the goal of bringing the state of Utah to no-kill status by 2019. Best Friends also supports Davis County’s work through adoption promotions and a trap/neuter/return program for cats.

Arlyn Bradshaw, executive director of Best Friends–Utah, says: “Next we’ll determine together what resources Davis County needs to get to no-kill, and what additional resources Best Friends and the NKUT Coalition members can provide.” 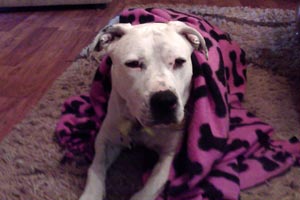 Patty and Shane Rose headed to Davis County animal control to adopt an “underdog,” but Shay wasn’t initially what they had in mind. “We came across Shay, who wouldn’t even give us the time of day,” says Patty. “She completely ignored us.” As they were about to abandon the idea of adopting Shay, a volunteer group arrived and flipped the switch. She greeted them enthusiastically. Patty realized then that Shay was loving and loyal with people she knew. They decided to adopt her. “What a great decision that was,” says Patty. “Shay immediately became a crucial part of our family.”

Shay’s adoption is one of Tracy’s favorite stories from the “new and improved” Davis County Animal Care and Control. “If this was 10 years ago, Shay wouldn’t have even had a chance,” she says. “My vision is that we give every animal in our shelter a second chance.”

That vision is on its way to becoming a reality for Davis County, with Best Friends and the rest of the NKUT Coalition behind them all the way.