Ever since his adoption after their wedding, Carl has been bringing smiles to the faces of his new family.
By Sarah Thornton

After getting married at Best Friends Animal Sanctuary last August, newlyweds Haley and Kevin Meyers Mathieu spent time volunteering in Dogtown. The wedding of their dreams was followed by time surrounded in wagging tails and happy, furry faces. What could be better? How about falling in love all over again with a dog who never stops smiling?

Goofy, wiggly and happy were the words most often used to describe Carl. That sweet, outgoing personality won Haley over. After taking him on a sleepover, there wasn’t any question. “Instantly we knew he would be the perfect fit for our family,” she said. And he was. 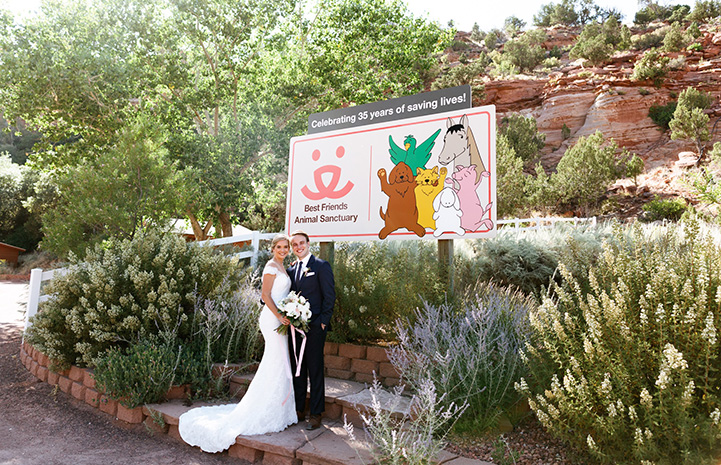 Haley and Kevin adopted Carl, who soon was on his way to his new home in Washington, D.C. While some families may deal with a bit of sibling rivalry, that wasn’t the case with Carl and his new sister. His ease at interacting with other dogs meant he was soon cuddled up on the couch with Cassie, and the two quickly became fast friends. Haley says Carl has brought tremendous comfort to Cassie, who is very sensitive and fearful. And she, in turn has been an indispensable playmate. 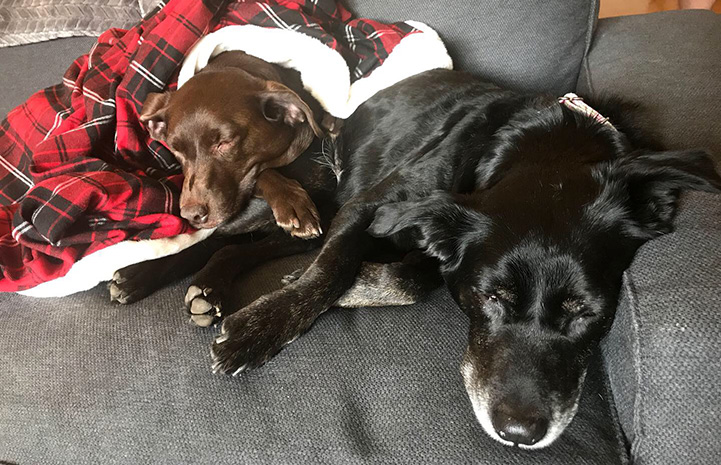 Carl’s days were soon filled with exciting hikes and sleepy afternoons in the sunniest spots of the couch with Cassie. And when it was time for work, Carl got dressed up in his best bow tie and accompanied Haley to her job.

When work time moved from an office to the living room and there was more time for snuggling, Carl couldn’t have been happier. 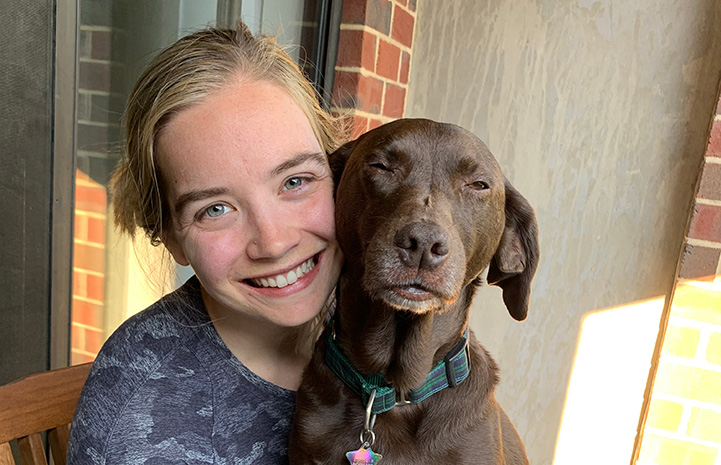 A change of pace

With Haley and Kevin working from home due to the COVID-19 outbreak, Carl has been a model employee. In the mornings, he knows how important it is to stick to a regular routine, so he gently wakes Haley up for their morning jog. And he certainly hasn’t let being home change his dress standards. His bow tie is still on properly every day and he’s stationed by the laptop to make sure not a single email is missed. 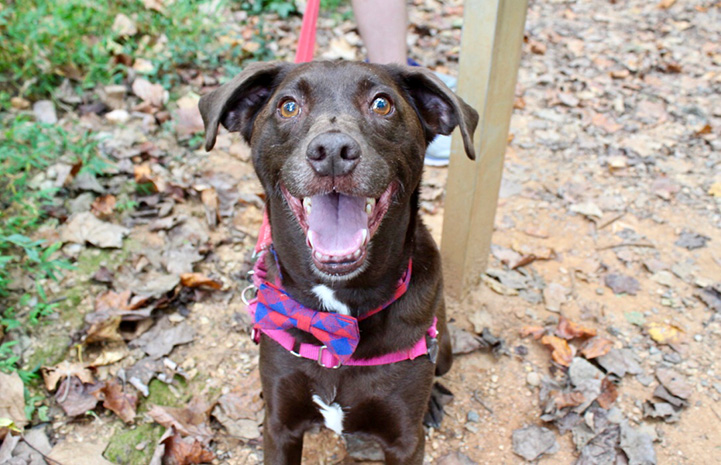 Carl’s most important job, however, is making sure everyone in the family remembers to take the time to relax and smile. “At moments when our world's new reality starts to feel too overwhelming, Carl knows just when to roll over on my yoga mat and make a ridiculous face or curl up at my side,” Haley says. 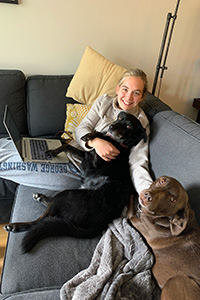 When it’s break time, Carl plops himself right in Haley’s lap to help her win card game after card game. For such a smiley pup, he has an impressive poker face. And just because they’re not going out to the office or to crowded events doesn’t mean they’re stuck at home. Car rides are a great time for Carl and Cassie to pile up in the back seat and enjoy the spring blossoms through the window as the family drives through the neighborhood. At the end of the trip, there might even be a nice quiet creek to stretch out and play in.

With the whole family together, there’s never a dull moment. No matter how different things have become, Haley says, “We are more grateful than ever for the company of our pups.”

Piled up around her, Carl and Cassie surely agree.

Commemorate your special day with a BFFundraiser