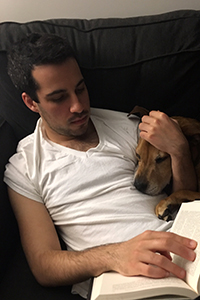 To see Chance with a huge smile on his face out on a walk, curled up on the couch with his new family or holding his favorite toy in his mouth, you’d never know how much time and care it took to get him into his happy place. But when Chance landed at a Los Angeles Animal Services shelter a few years ago, it put him into a tailspin that took a long time to get out of. Of course, with a name like Chance, he had luck on his side.

The five-year-old German shepherd mix came to the Best Friends Pet Adoption and Spay/Neuter Center in L.A., where good fortune was in the cards. It just turned out that he was playing the long game. Because even though Chance is now living the good life in his new home, before he went there he was one of the center’s longest-term residents.

Dog life and all that goes with it — from  daily walks to meeting unfamiliar people — can be scary for Chance, who suffers from anxiety that shows up in the form of nervous dog behavior problems. Chance doesn’t let his guard down easily, but when does, he’s equal parts fun-loving and sweet, ready for a spirited game of catch or a lap to curl up on.

Unfortunately, it’s this positive side of Chance that potential adopters didn’t always get to see, because his reactive behavior would cause him to growl and even try to bite whenever a stranger approached. Because of these challenges, he remained where he felt safe — at the center. The longer he stayed, the more the odds of finding his own forever home seemed to be stacked against him.

Pet behavior specialists to the rescue

Sometimes fate just needs a little encouragement, and the team at the center knew that if Chance could overcome his fears, a home and a loving family would be his reward. With this goal in mind, Drew Marsden, dog care manager at the center, and his team created a program focused on relationship-building to get Chance and other dogs with behavioral challenges adopted into the homes they deserved.

The new program, which is sponsored through a grant*, focuses on developing a foundational bond between the adoptee and the potential adopter while the dog is still in his comfort zone at the center. Once a person reaches out to the center expressing an interest in adopting a dog who might need extra help meeting new people or who has other special behavioral needs, the staff sets up a series of visits with the dog, the potential adopter, and a Best Friends behavior specialist — all prior to an adoption being finalized.

“The ultimate goal is an adoption that sticks,” says Drew. “For dogs like Chance, entering a new home can be like pressing a huge reset button. So we wanted to make sure the transition was as stress free and positive as possible.”

The program lets dogs like Chance relax and feel safe around the prospective adopter at their own pace. And with the help of the pet behavior specialist, adopters can learn how to better understand their new dogs, how to address and handle any fearful dog behavior problems that arise, and how to prevent problems in the future.

Check out all the ways we’re working to make L.A. no-kill 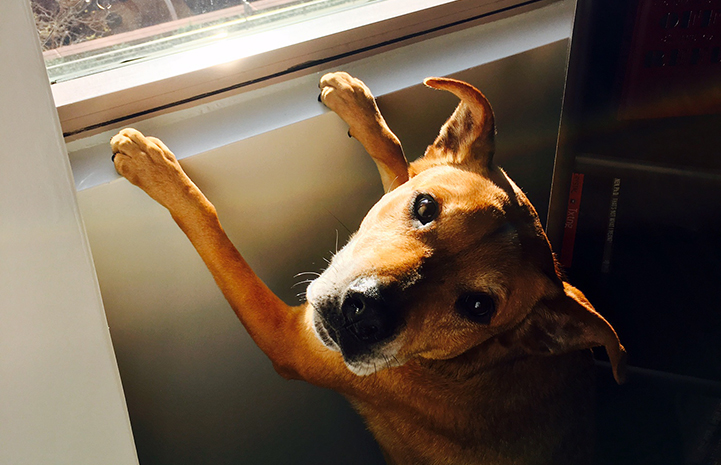 Amanda Christensen and her boyfriend Brian Bello had visiting the Best Friends–L.A. website regularly looking for a dog to adopt, when they came across a video showcasing Chance. They immediately fell in love his gentle-but-playful personality and inquired about adopting him.

Chance’s luck was about to change.

It was an ideal match from the start. Amanda is a speech pathologist and Brian is a psychiatrist, so they already had solid understanding of behavior and learning theories when they met Chance. Still, Amanda knew from the moment she met him, that getting close to him would take time.

“When we first met Chance he seemed so anxious,” says Amanda, “But then we watched him with a Best Friends volunteer, and saw how sweet he was with her. We could tell he loved her so much, and so we figured that in time, he could love us, too.”

Amanda and Brian began meeting with Chance, while Drew had also been working with Chance on relationship training each week. They learned how to understand problematic dog behaviors, how to identify when Chance hit his anxiety threshold, and how to help him feel relaxed. Chance, in turn, began to trust Amanda and Brian. Finally, after five weeks of time together Chance was ready to go home. 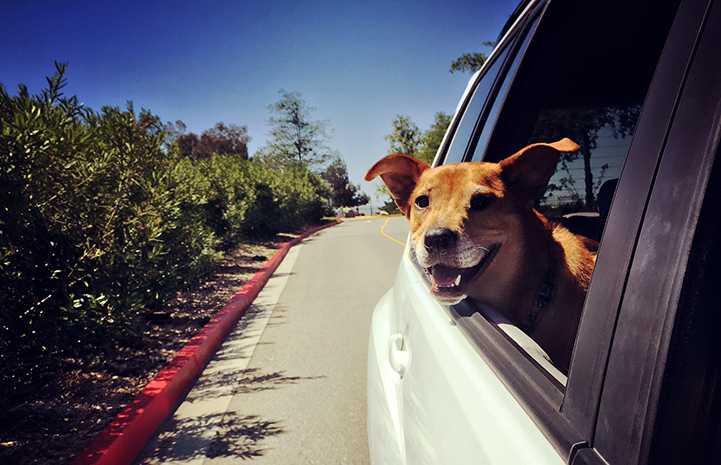 Today, Chance has settled in well with his new family. In fact, he surprised everyone by how easy he made the transition from the center to his forever home. He loves playing in the sun with his favorite plastic ball and cuddling up on the couch with Amanda and Brian.

Of course, nervous dogs like Chance are likely to face some challenges as they become acclimated to their new surroundings, which is why relationship training with a pet behavior specialist doesn’t end when dogs are adopted.

Thanks to the grant, Amanda, Briand and Chance get plenty of help from an in-home trainer, who works with the trio to help Chance overcome new fears, such as the elevator where they live and people who approach him in the hallway. Every day, Chance makes progress and learns to trust a little more. And while Amanda and Brian do most of the teaching, they‘ve learned from Chance, as well.

“He’s taught us how to celebrate the small wins,” said Amanda of the sweet dog who wouldn’t let her pet him when they first met. “With a dog like Chance, every small victory is big.” 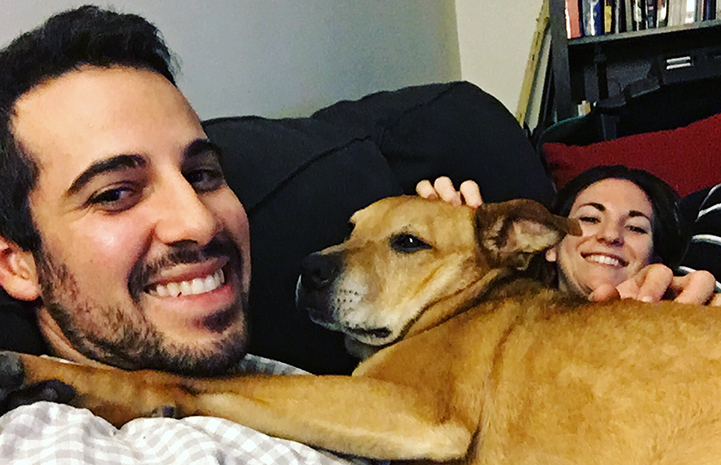 *Special thanks to Karen Klein and Linda Hunt for their help in making this program possible for Chance and many more dogs like him.