Dog goes from living rough to a loving home

Image
How a sweet Great Pyrenees made his way out of a tough spot and walked straight into a family's heart.
By Ana Merkulova

A stunning white bear of a dog, Eddie the Great Pyrenees is much bigger than his older sister, Luna the Lab. But as far as bears go, Eddie leans toward the soft and plushy variety.

When he’s not sprinting around the park, he’s happy to cuddle and snuggle with anyone crossing his path. Looking at the happy, healthy dog today, you would never guess that a few months ago he didn’t have a place in the world to call his own. His is a real hero’s tale, from troubled times to a happy home and a life filled with love. 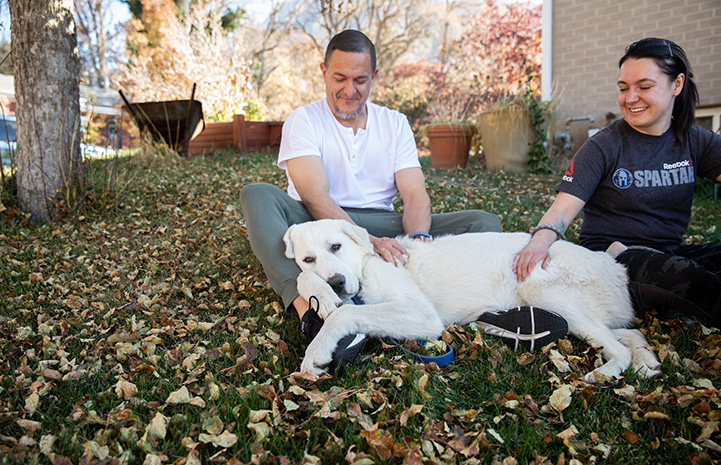 Saying goodbye to the past

Eddie arrived at the Best Friends Lifesaving Center in Salt Lake City from a municipal shelter. Prior to that, he lived deep in the countryside where Great Pyrenees dogs are often used to guard livestock. For a young dog, his life was off to a difficult start: Someone docked his tail and neutered him using rubber bands, a procedure still sometimes used in rural areas but one that can be dangerous for the dog. Eddie had wounds from the botched procedures, but despite it all, he stayed in good spirits.

The Best Friends medical team provided Eddie with some much-needed TLC and closely observed him to make sure his wounds healed properly. Emily Sahsah, an adoption specialist and fan of the breed, took to Eddie right away. “Eddie did not want to live as a livestock guard dog and that’s mostly why he ended up at the shelter,” she says. “He wanted to be part of a family.”

Hard times behind him, Eddie finally had a chance at life as a family dog. And this guy wasn’t about to be fazed by a rocky beginning. His love of life and pretty much every person under the sun was simply too strong for him to turn bitter or fearful toward people. Volunteers and staff couldn’t help being fond of him — especially Emily.

“When Eddie was in our care, he was just a sweet ball of love — just the best boy,” she says. “He always had a big smile on his face and was happy to see everyone. He had so much love to give, even though he had such a bad start to life.” 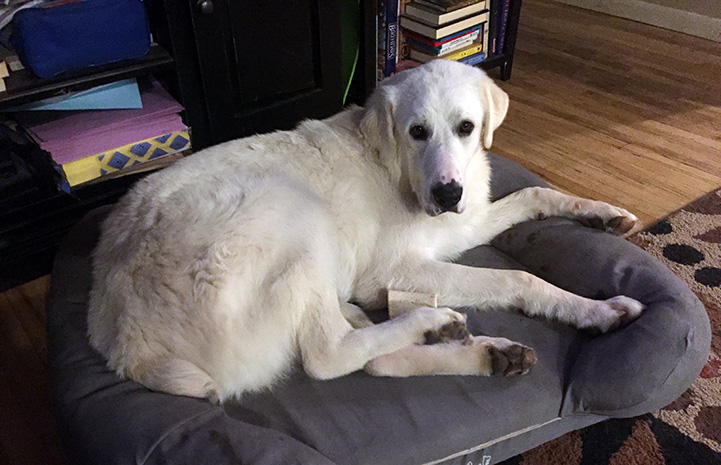 It was clear that the gentle giant wouldn’t have to wait long to find a home, and once he was healed and healthy, Eddie was ready to make his debut as a featured pet on the Salt Lake City-area TV news. His sweet nature shone through the screen.

Jacqueline Clarken’s family saw Eddie on television and couldn’t get to the center fast enough to meet him. They’d had a Great Pyrenees in the past and missed having a giant white bear of a dog around the house. If Eddie was anything like he appeared to be on TV, they had to have him — as long as he and Luna (the family’s Lab) got along.

When Jacqueline, her mom and brother met Eddie, he was just as sweet and silly as they expected. He and Luna hit it off, too, and that night Eddie got to go home. 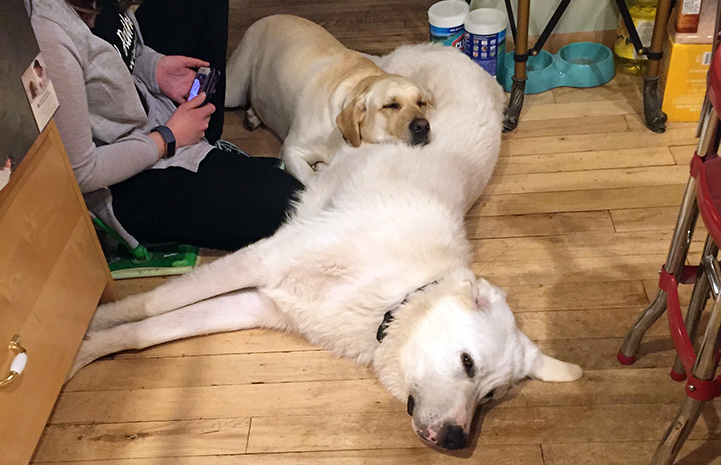 A whole new life filled with cuddles and love

Eddie is now a part of a caring family that’s as big as his heart, and you can feel the love when Jacqueline talks about him. “Eddie knows he is adored by every member of our family, which consists of eight people, one Lab and a parrot,” she says. “He does a ‘wookiee’ sound when he is lying in his bed at night and we tell him how cute he is. We feel like Eddie was meant to be in our lives. My family is so grateful that we saw him on the news. The rest is history.” 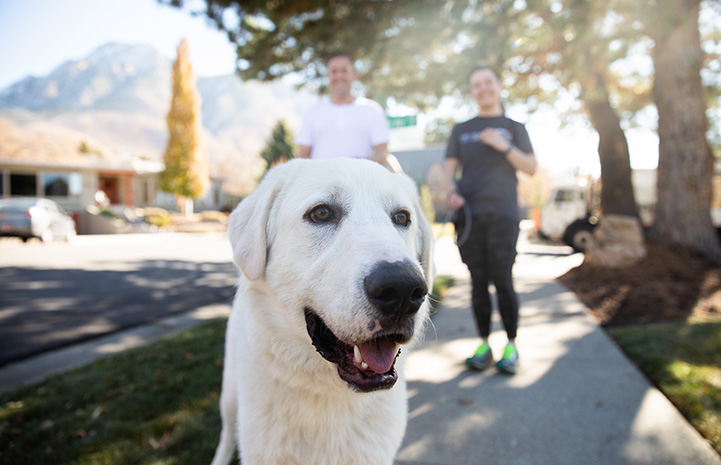 Photos by Sarah Ause Kichas and courtesy of Jacqueline Clarken