Best Friends’ Coachella Valley Community Cat Program (CCP) has been getting a whole lot of help and support from an unlikely source, a compassionate teacher and his kindhearted young students at a California elementary school.

The Coachella Valley CCP, which has been operating for the past two years, is partnered with the Riverside County Department of Animal Services and Palm Springs Animal Shelter. The program works with the shelters and local community to save as many free-roaming cats as possible. One of the services that the program provides is targeted trap-neuter-return (TNR) for the public. Trap-neuter-return (TNR) means trapping, neutering, vaccinating and returning community cats to their original outdoor locations. It’s the most effective and humane method of preventing cats from entering the shelter system.

So far about a dozen of the cats who have been trapped, neutered and returned through the program, live around the Valle Del Sol Elementary School. Samantha (Sam) Rhodes, a community cat program assistant for Best Friends, has been helping cats with homes in the dumpsters and under the classroom trailers.

Sam says it’s been a slow process because of the challenges of the location. When cats are eating the food that’s almost always left in the dumpsters, they aren’t always hungry enough to be lured with food into the humane traps. Also, Sam can’t trap while school is in session, but she doesn’t want to leave the traps out on school grounds all night, either. But her persistence has paid off: She now has teacher Anthony Carman and Valle Del Sol students from kindergarten through sixth grade supporting her efforts.

Rescuing a neonatal kitten and a stray dog

Anthony’s own rescue efforts led him to get involved in helping the CCP and to inspire his students to do the same. During the first week of school, he found a single orphaned kitten behind the school’s cafeteria. The kitten was just days-old and fit in Anthony’s hand. He brought the little gray ball of fluff home, where he, his wife and son began bottle-feeding him. 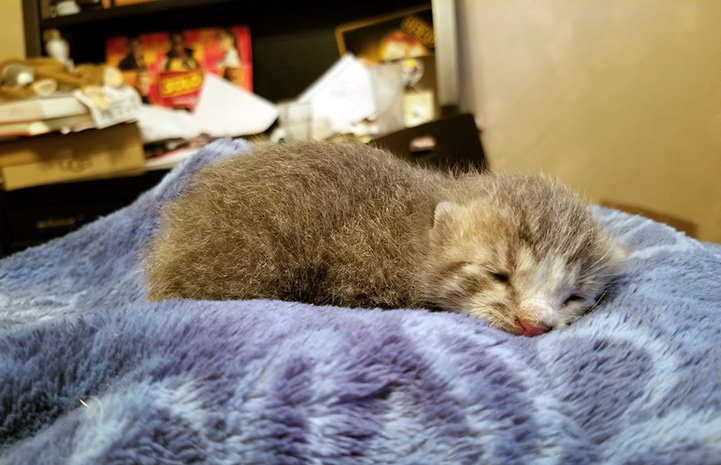 Meanwhile, Anthony was on a mission to rescue a scruffy stray dog who was hanging out near his classroom. Using a humane trap and some yummy cat food, he managed to catch her. But a trip to the veterinarian revealed that the dog (who he named Marley) had milk, which meant she had puppies somewhere.

Anthony brought Marley back to the school with a long line and a GPS tracker attached to her collar. After a few lively rounds of chase and hide-and-seek, Marley eventually led Anthony and a group of student helpers from Valle del Sol back to her three puppies, who he scooped up as well. 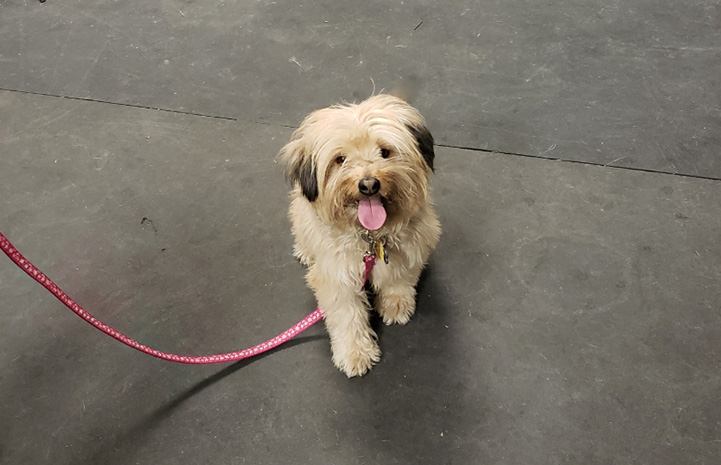 “Students of all ages on the playground peered into the box the puppies were snuggled up in,” says Anthony. “I was so happy to know they would not live the life of homeless dogs, afraid to go near humans and never feel the love a family could bring.”

Anthony eventually found homes for Marley and all her puppies. The cat, who Anthony’s son named Ash, became a family member. “These dogs and the cat became a story that my students at Valle del Sol were interested in, and they continued to ask how they were,” Anthony says. “I showed them pictures of them growing up and talked about the importance of pet care, including spay and neuter procedures.”

A “penny war” for a good cause

One contact that Anthony made during this time was Sam at the Coachella Valley program. When she began working on a trap-neuter-return project at the school, Anthony and his students weren’t content to sit idly by. They wanted to help, and they got into the act by waging a “penny war,” a friendly competition to see which group (or in this case, which grade) could collect the most pennies. As it turned out the fourth graders won the competition, but the real winners here were the animals. 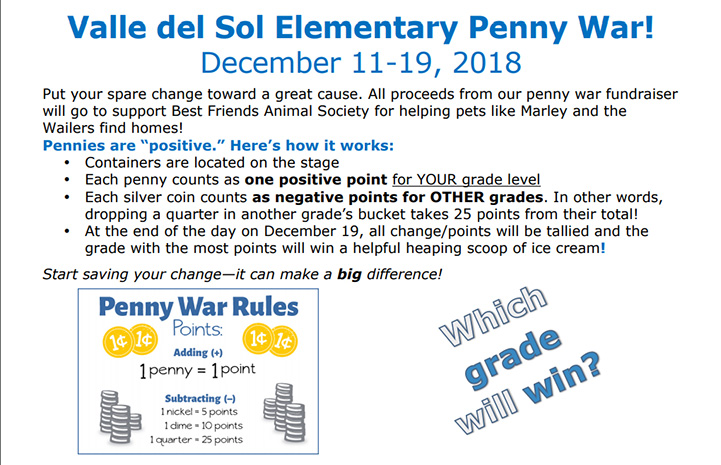 The students raised $159.34 and donated it to Best Friends in support of the CCP in the Coachella Valley, so that more animals like Ash and Marley can be saved.

That wasn’t all, though. “We are continuing the TNR journey for the cats at Valle del Sol and hoping to get the neighbors behind the school to help,” says Anthony. “They already do so much. Their kids are the ones who cradle and love the kittens so that they are not afraid when they are old enough to be adopted. My students are putting in an amazing effort, too.” 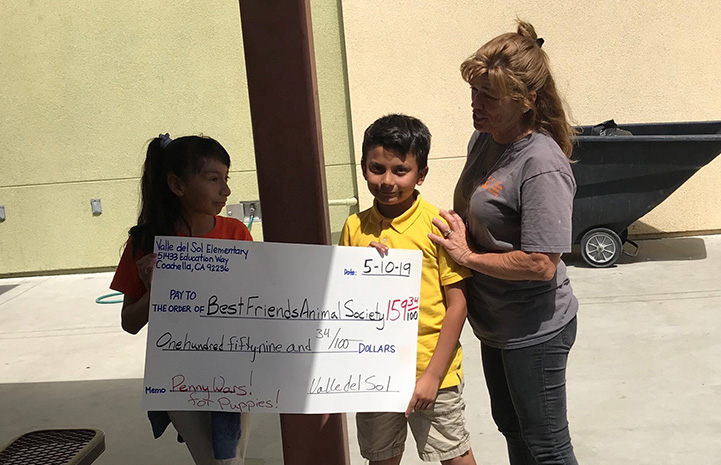