Epic trip home for a senior cat with kidney disease

Image
Senior cat with kidney disease, in a foster hospice home, is adopted by her foster mom and moves with her to Nova Scotia.
By Nicole Hamilton

Best Friend in Los Angeles works collaboratively with animal rescue groups, city shelters and passionate individuals who are all dedicated to the mission of making Los Angeles a no-kill city. As part of this mission, Best Friends hosts adoption and fundraising events, manages two pet adoption centers, and leads the No-Kill Los Angeles (NKLA) initiative. Together, we will Save Them All.

If you’re worried you haven’t yet taken that trip of a lifetime, relax. You’ve still got time. Nella the cat didn’t take hers until she was 18 (give or take a few years).

Nella’s big adventure wasn’t exactly a long time in the making, but the love her foster mom, Laurel, had for her was. So, when Laurel, a Los Angeles resident, found the job of a lifetime clear across North America in Nova Scotia, there was no question Nella would come with her.

A second chance for a senior cat with feline kidney disease

After Nella was brought to the Best Friends Pet Adoption and Spay/Neuter Center from Los Angeles Animal Services (LAAS) two years ago, Laura (then a doctoral student) began fostering her.

Had Nella stayed at the city shelter, her chances at finding a home would have been slim. Not only did she have kidney disease (common in older cats), which requires a prescription diet and daily medication for chronic pain, Nella was also almost blind and deaf, which is probably why she has a unique meow/yowl that’s become her signature sound.

At Best Friends, Nella received additional care for her medical issues and the chance to live comfortably in a foster home, or more specifically, a hospice foster home because of her advanced age and declining health.

“Fospice” for a cat

For Laurel, life back then as a Ph.D. candidate was getting intense. Not only did she have a dissertation to write, she knew she’d soon have to find a teaching job in a specialized field — Russian literature. What she needed, she decided, was a companion to help her stay focused and grounded.

Laurel had previously fostered a cat from the adoption center, and when the foster team contacted her about Nella she stepped up to bring her home.

Elizabeth Pashley, volunteer engagement manager for Best Friends in Los Angeles, says Laurel’s willingness to foster a pet in hospice care showed how dedicated she is.

“Many people hesitate taking these animals, knowing they will fall in love and have (pets) in their homes for only a short while,” says Elizabeth. “But people like Laurel know it's not the length of time that matters, but the quality of time and giving that animal a chance to be comfortable and happy for however long they have left.”

With Laurel’s help, Nella started feeling comfortable in her own fur again. Her purrs were a sure sign she was happiest on Laurel’s lap. 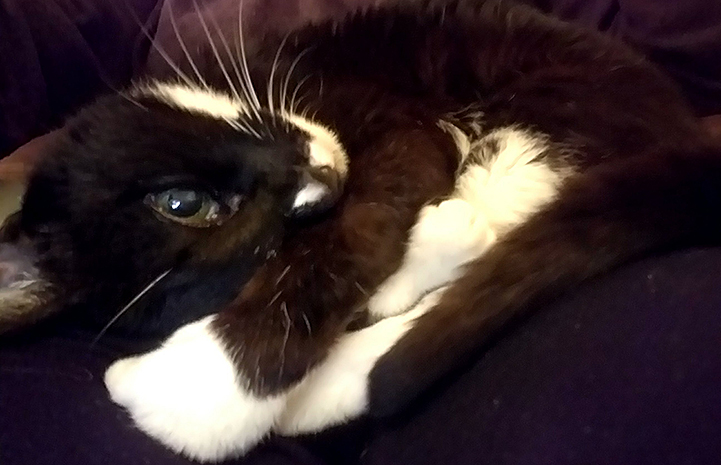 When Laurel graduated, she felt that Nella’s calming presence in her home played a big part in helping her reach the important milestone. While Nella loves a good lap from time-to-time, she prefers to sit quietly near people, and that was fine for Laurel. “I’m not big on playing with my pet all the time,” says Laurel. “For me, it’s about the companionship. I liked just knowing Nella was there when I was reading or just having coffee.”

Laurel’s parents gave her a trip to Europe for graduation, which meant she’d have to return Nella to the center while she was gone. A few weeks after coming home, she was offered a fulltime teaching job at a university in Nova Scotia. There were only a couple things left to do: pack up her belongings and bring Nella home for good. 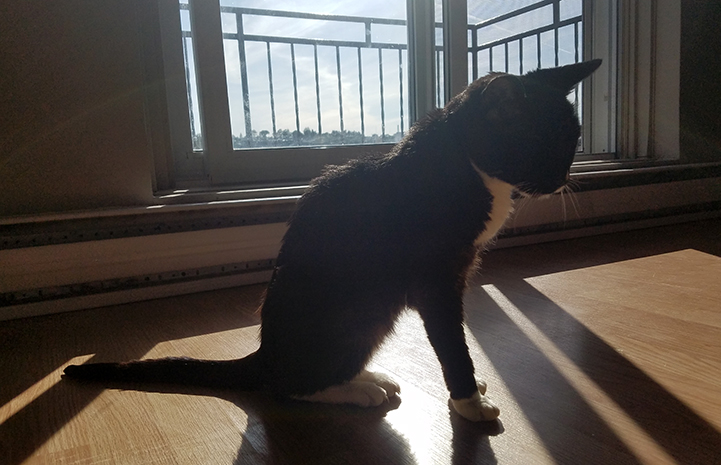 Most people would probably choose to fly rather than drive from L.A. to Nova Scotia. But when you’re travelling with an 18 year-old-cat with fragile health who has never been on a plane, a 54-hour road trip becomes a more reasonable way to travel.

To make Nella feel most comfortable, Laurel limited her driving time to about five hours a day. Nella relaxed in a large carrier in the back seat for most of the ride, and Laurel made sure to stop often for Nella to get out of the carrier, walk around the car and have a potty break.

They stopped at a friend’s house in Milwaukee for a few days of rest. Laurel’s mom met them there and the trio — Laurel, Nella, and mom — resumed the journey to Canada. “It just goes to show, you’re never too old for a new adventure,” says Elizabeth. 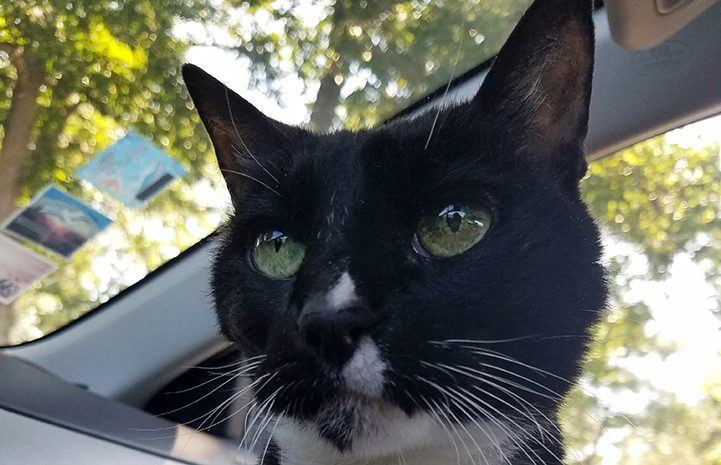 The benefits of adopting a cat with special needs

Nella settled into life easily in Nova Scotia. She loves sitting in the window sill where she can feel the sun on her whiskers, and she still purrs whenever she’s on Laurel’s lap. She loves being around Laurel and her friends, especially when there’s pizza involved. “She loves the food she can’t have the most,” says Laurel.

As for Laurel, she wouldn’t have considered, even for a moment, leaving Nella behind in L.A. “I have always been drawn to animals with special needs because I think they’re sensitive,” says Laurel. “I get the sense that Nella can empathize with me. I think she knows I need her as much as she needs me.” 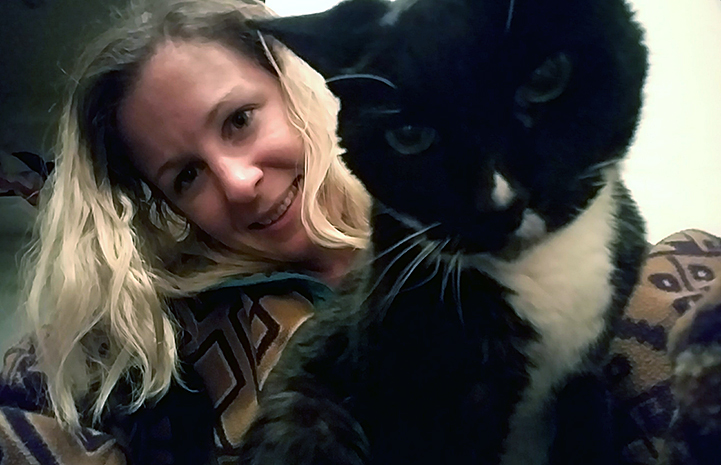 Photos by Lori Fusaro and courtesy of Laurel Schumck