Image
Stray kitten gets help at Sanctuary for her eye problem. She undergoes minor eye surgery at Best Friends that is a success.
By Christelle L. Del Prete

Beatrice doesn’t miss a thing. Toss a tiny cat ball anywhere in her room, and she’ll launch herself off your lap to  pounce on it with her adorable white-tipped toes. But the bouncy seven-month-old kitten didn’t always have such sharp eyes. If she hadn’t gotten help for what at first seemed like a simple kitten eye infection, Beatrice might have even been blind by now.

Because she was born as a community cat, Beatrice could have run into some serious trouble if it hadn’t been for a good Samaritan who saw her struggling. At the time, she was only two months old and dealing with some stomach issues. That’s why she found her way to the Sanctuary through the Best Friends Four Directions community cat program. But when she arrived, caregivers noticed that she looked like a kitten with eye infections. 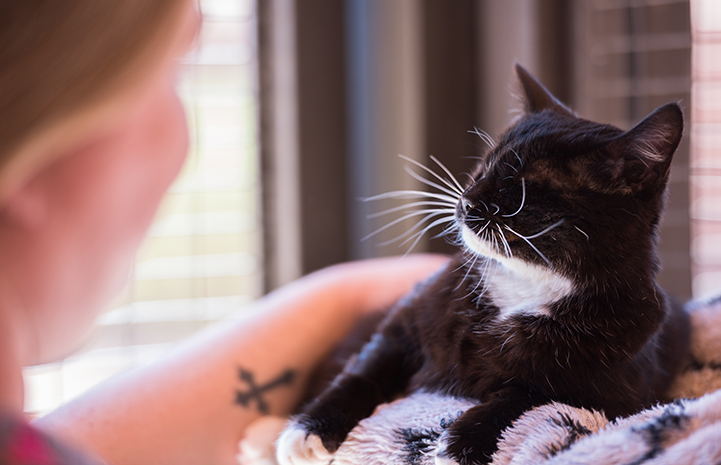 An eye problem diagnosis and a solution

Runny eyes in kittens don’t always indicate a problem — at least not a problem as big the one Beatrice had. But after a visit to the Best Friends Animal Clinic, Beatrice had an eye problem diagnosis, which indicated she had been born with incomplete upper eyelids, a condition that left her eyes overly exposed to dirt and infections. It also caused her eyelashes to rub against her eyes. As anyone who’s ever gotten an eyelash stuck in his or her eye knows, that’s more than annoying. It’s painful.

On top of that, because Beatrice’s eyes were weepy and irritated, it was hard for the little black-and-white kitten to see clearly. And she was already missing out on some serious kitten fun, since she couldn’t see well enough to chase and pounce on things like other kittens could. It wasn’t a problem that would go away on its own, nor was it one that would get better as she got older. Her stomach problems had been resolved, but in order to be a fully healthy, happy kitten, Beatrice would need reconstructive surgery. 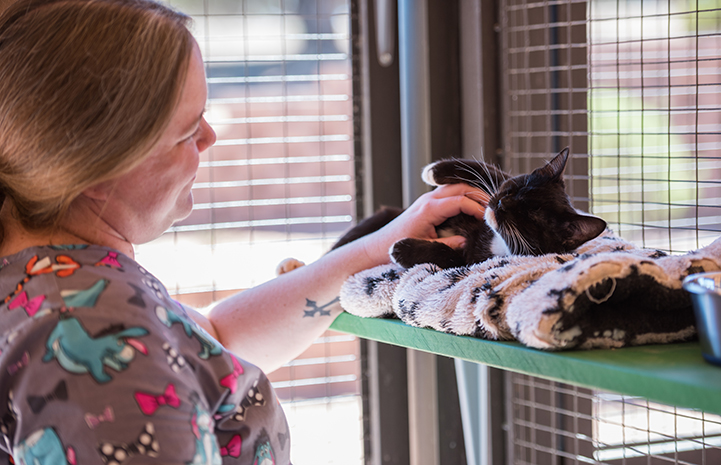 Making up for lost kitten time

Best Friends vets “finished” Beatrice’s eyelids by using a skin graft. Then they watched and waited to see if the graft would take or if they’d have to try again. Luckily, the surgery was a success. Beatrice healed like a champ. Though she may need a minor procedure in the future to remove what’s left of her eyelashes, her eyes are finally protected and free of constant irritation.

Once she was fully recovered, Beatrice went to live with other kittens at Cat World. There she got right to work making up for all the kitten time she’d lost. She snuggles with her caregivers, rolls around on volunteers’ laps and, best of all, she can track a string toy or a cat ball just as well as any of her sharp-eyed kitten friends.

Help bring hope and healing to more animals like Beatrice 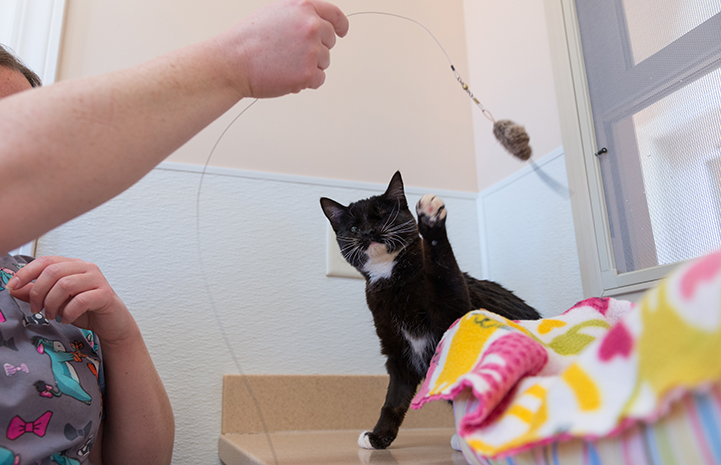