Friendship is love for these senior dogs

When Thelma and Louise were surrendered together to a Los Angeles city shelter, they were more like wiggly hippos than senior dogs. Both had ear infections and dermatitis, but a little itchy skin couldn’t stop them from squirming with abandon whenever they made a new friend.

Those wiggles were evidence that, despite being women of a certain age, Thelma and Louise had a lot of good living left to do. But while age may bring wisdom, it doesn’t bring much luck for senior dogs in large city shelters.

Thelma and Louise were brought to the Best Friends Lifesaving Center in Los Angeles to receive care from the medical staff to feel good in their own skin again, and to give them all the time they needed to find homes. 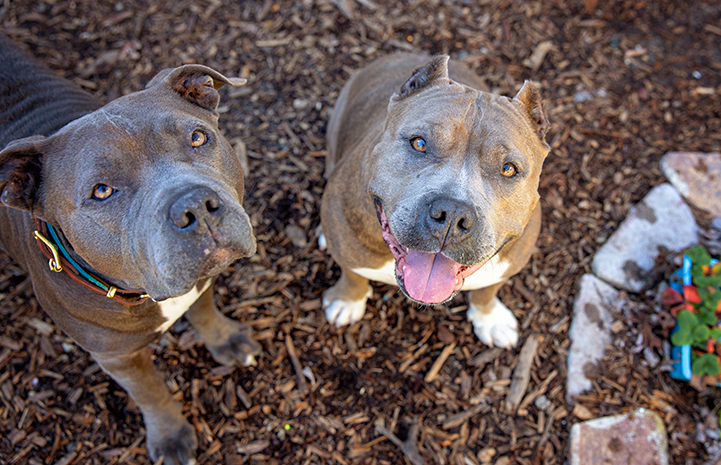 Help for dogs with flea dermatitis

“They had the sweetest dispositions, loved each other and loved everyone they interacted with from volunteers to staff,” says Leah Lindamood, the center’s dog care and behavior lead.

The medical team started treating their dermatitis with diet changes and a strict regimen of antibiotics, ear flushes, fish oils and medicated baths. Under their care, Thelma and Louise were both feeling a lot better. With their health on the mend, they were transported across town to the NKLA Adoption Center and soon, they had new beginnings in their very own homes. But that wasn’t the end of Thelma and Louise’s epic friendship.

The power of being a friend 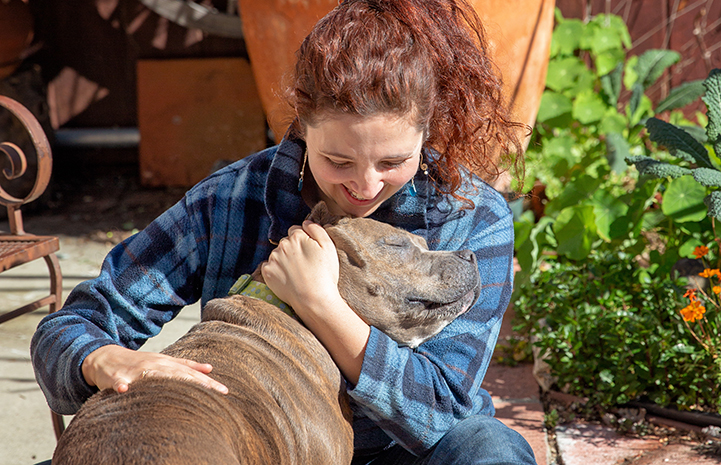 Laura Karlin and her husband visited the adoption center looking for a dog to adopt after their beloved dog passed away. “We wanted a dog who, above everything else, was good-natured,” says Laura. “And Louise had such a sweetness about her.”

After spending some time with Louise at the center that day watching her transform into a wiggly hippo as they petted her, Laura and her husband decided to adopt her. Today, Louise has made good friends with the resident cat and the couch is her domain. “She is so interwoven into our family,” says Laura. “She just loves everyone.” 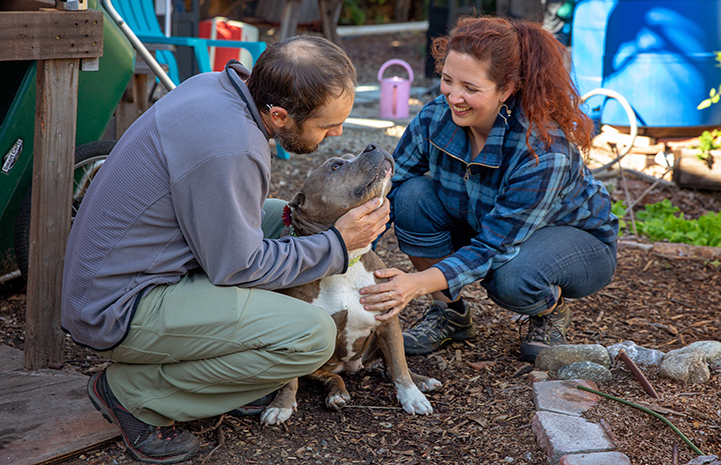 In fact, sometimes Laura and Louise walk through an area where they occasionally see homeless people, and when they do, Louise always wants to approach them.

“With their permission, she nestles up to them and sits and looks out at the world with them,” says Laura. “Maybe it’s because she knows when people need a friend for a moment. She’s just this lovely, wonderful dog.”

About senior pets and health issues

Thelma gets ready for adventure 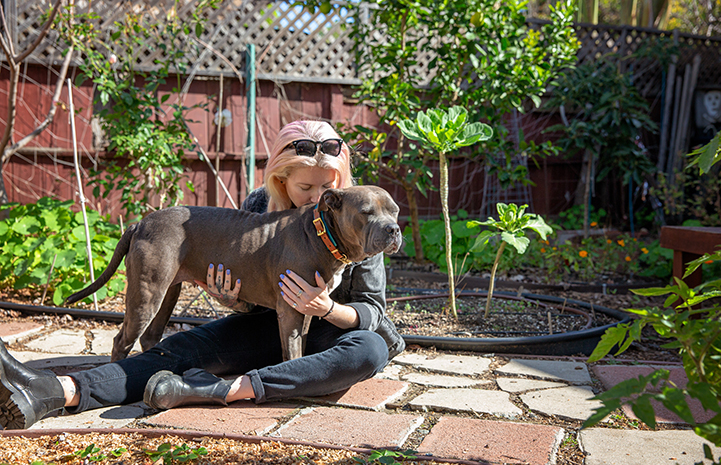 It was a couple of days after Jenn Coppack’s birthday when she went to the center to meet adoptable dogs. Jenn told herself she’d just look to see if she made a connection, and she would return later in the week if she did. But then she met Thelma, and that’s when she started to rethink that plan.

Jenn and Thelma spent some time getting to know each other in a quiet room where Thelma gave Jenn a quick kiss and promptly fell asleep on her lap. As Jenn learned more about Thelma and how she and Louise had both overcome a difficult past, she decided to adopt her.

It was a big moment for Thelma and for Jenn, too, because Thelma would be her first dog. As they left the center Jenn says Thelma looked up at her as if to ask, “OK, do you know what you’re doing?” But going home with a new dog mom didn’t seem to bother Thelma one bit. After all, Thelma was used to adventures with her friend Louise. Now, she had a chance for new ones with Jenn. 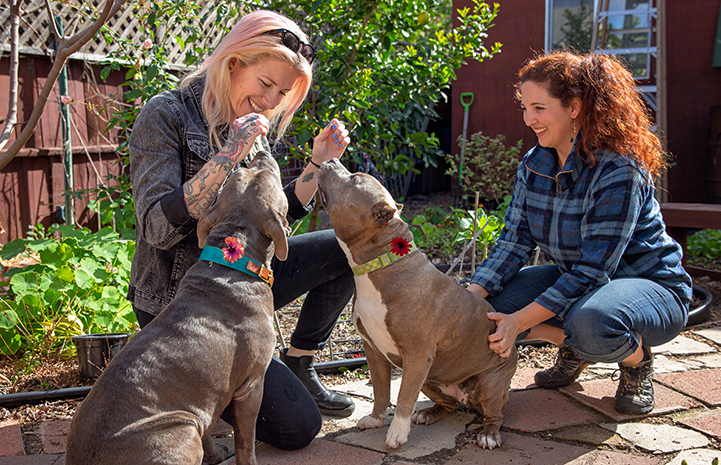 Because the center staff was aware of the two dogs’ affection for each other, they offered to put their new families in touch, in case they wanted to arrange play dates for Thelma and Louise. Soon, Laura and Jenn were exchanging emails and sending each other photos of their two dogs. Eventually, they settled on a date for a get-together about a month later, which would give Thelma time ease into her new life with Jenn.

“She’s content just sitting on the couch,” says Jenn, who documents it all on Thelma’s Instagram page. “She’s teaching me to enjoy the time we have together, to have patience, and to grow old gracefully.”

The first time Thelma and Louise reunited, they greeted one another like they hadn’t spent any time apart at all. “They definitely recognized each other. It was nice. They just enjoyed each other’s company quietly,” says Jenn.

Thelma and Louise (who now goes by Lilo) have settled back into the kind of comfortable, easy routine you find with an old friend, while Laura and Jenn are enjoying a new friendship. “We made a connection through our dogs,” says Laura. “And it’s been lovely to form our own friendship as well.”

Adopt a dog and get ready for an epic friendship