He might not be perfect, but Pete is the best lap cat 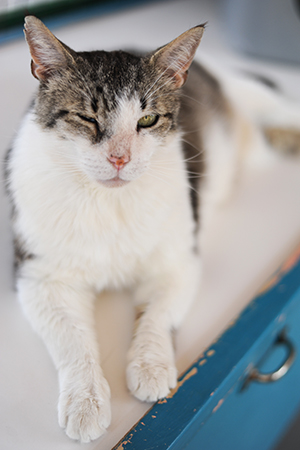 as he is affectionately called, Pete the cat looks a little threadbare. His tabby-and-white fur is adorably scruffy, and he’s missing an eye. He certainly got lots of love at the Sanctuary, where he lived for two years. But now that he’s been adopted, this lap cat is getting lots of snuggle time with his very own people.

Pete is one of those affectionate cats everyone seems to love. He’s so charming that he developed a fan club among the volunteers at Cat World. Still, it took almost two years to the day that he came to the Sanctuary for Pete to leave for his forever home. His happy new home is proof that you don’t have to be perfect to find the perfect home.

Despite his fan club, most adopters were reluctant to bring home an older kitty with some health challenges. Pete is missing an eye, and it’s possible he’ll lose the other one because of a condition that affects his lens. Going blind doesn’t have to significantly affect a cat’s quality of life, and most cats adjust amazingly well with a little help from their human friends. But not everyone will fall for a blind feline, and at eight years old, Pete’s irresistible kittenhood is far behind him.

Pete also has FIV (feline immunodeficiency virus), which weakens cats’ immune systems and makes them more susceptible to dental disease and other secondary infections. Though cats with FIV often live long and healthy lives, it’s an often-misunderstood condition. Lack of knowledge about how the FIV infection affects cats and how it is spread (and not spread) sometimes leads to longer wait times for adoptions for cats with the condition.

So, Pete waited. But he wouldn’t have to wait forever for his new family to choose him. 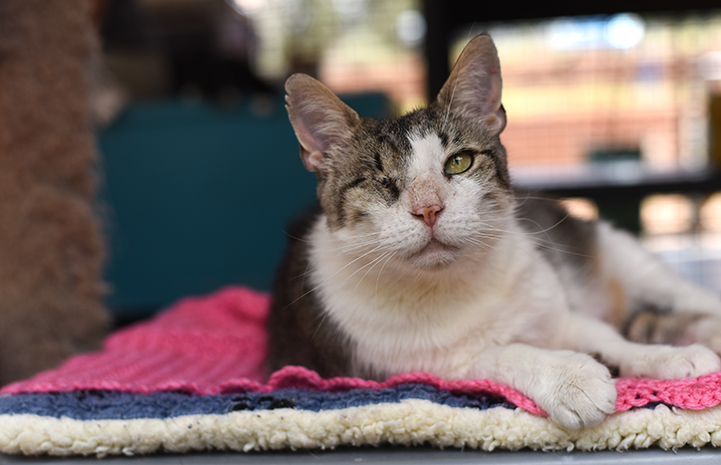 Falling in love with a cuddly cat

In 2016, Marilyn Rieser and her husband, Don, spent a day volunteering in Cat World, and that’s where they met Pete.

When Pete jumped into Marilyn’s lap, she fell in love with him instantly. Though she wanted to bring Pete home to Illinois with her right then, the timing wasn’t right. Instead, she kept a close eye on his adoption profile on the Best Friends website.

A year later, the Riesers came back to volunteer at the Sanctuary for four days. Don, a volunteer pilot for Pilots N Paws (a nonprofit organization of volunteer pilots and plane owners who assist with rescue transports), spent time in Dogtown to improve his dog handling skills. And Marilyn returned to Cat World, where Pete was still patiently waiting for his forever home.

“When I found out that Pete might lose his other eye, I cried and said to Don that we have to adopt him,” says Marilyn. Meeting Pete again cinched it. “He jumped on my lap first thing when I returned this year. He’s a lover boy and a lap cat, and I need a lap cat.”

The best lap cat in the world

Pete’s “imperfections” don’t faze Marilyn at all. The Riesers already have a cat with FIV and they have cared for others in the past. They’ve also taken Pete to an eye specialist for treatment, and his limited sight hasn’t stopped him from settling nicely into their home. He’s already become friends with one of their other cats, and the two like to hang out together in the room Pete has claimed for his own. 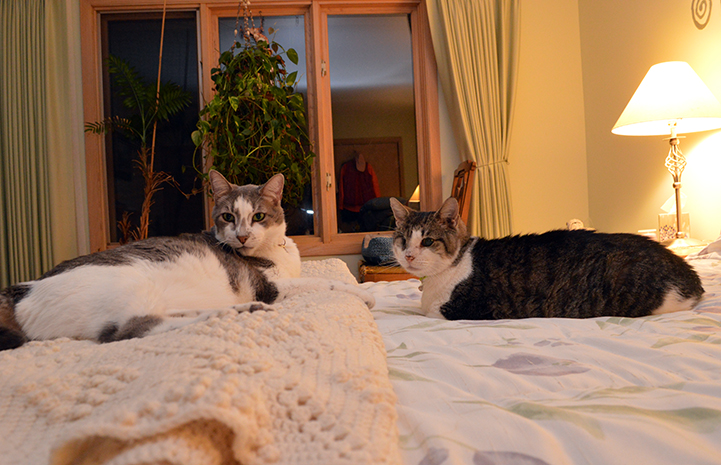 “Pete the Pirate is just a love bug at heart,” says Marilyn. “He purrs so loud when we cuddle. I’m so happy we were able to adopt him and give him his forever home.”

The Riesers don’t care that Pete looks worn around the edges. They love him, and they know that the best lap cat in the world doesn’t have to be perfect. 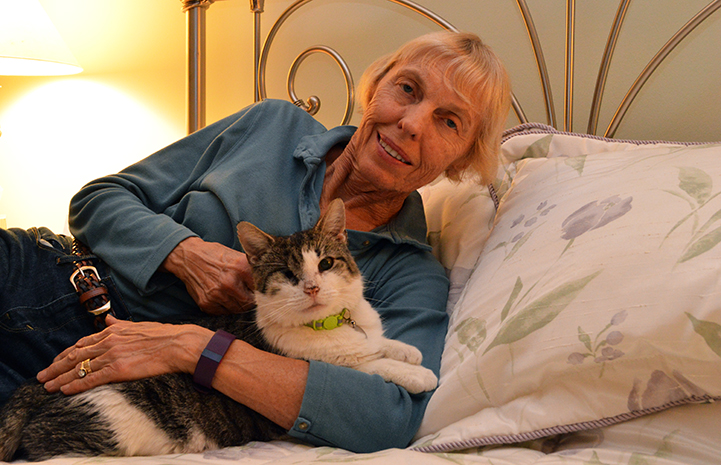 Photos by Molly Wald and courtesy of Marilyn Rieser