Image
After going through many hardships, one woman is reunited with her beloved dog. Read this heartwarming dog reunion story.
By Christelle L. Del Prete

On the day that Pamela Zika finally saw her dog, Rascal, lots of heartfelt, happy tears were shed in Dogtown headquarters. After nearly a year apart, Rascal launched herself into Pamela’s arms. It was more than a heartwarming reunion. It was a fresh start for both of them, and it was a clear sign that Pamela wasn’t ever again going to let anything separate her from Rascal.

To say that the past year was a difficult one for Pamela is an understatement. Although she was able to nurse her seriously ill sister back to health, she lost her brother and her home. On top of all that, she thought she’d lost her beloved Rascal forever. 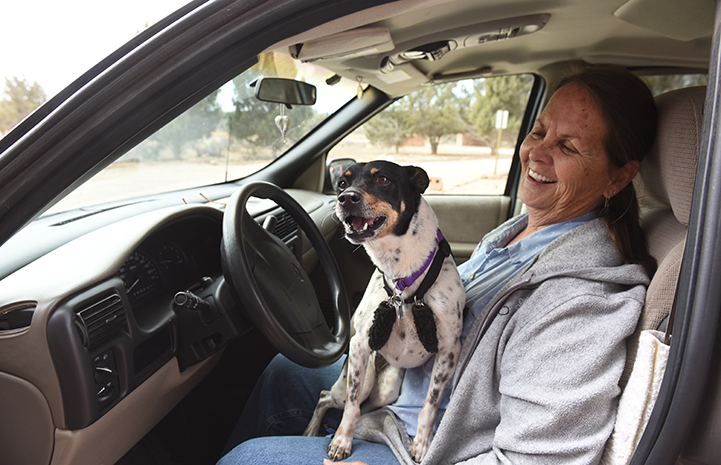 Pamela had adopted Rascal as an eight-week-old puppy, and during the 10 years that followed, the two were inseparable. But in 2017, misfortune hit Pamela’s family. Her sister was being treated for cancer, so Pamela traveled from her home in Mesquite, Nevada, to Illinois to care for her. Happily, the sister recovered (and is doing well today), but Pamela didn’t have much time for celebration or relief. Her brother, who lived in Las Vegas, also fell seriously ill and needed her help.

Sadly, her brother passed away. And while she was busy helping her family in their time of need, Pamela was experiencing her own hardship — losing her home and finding herself unable to care for Rascal. Without friends or family members who could help care for the dog, she did the kindest thing she could think of. Pamela placed Rascal with a local rescue organization and promised to come back for the dog when the financial situation improved.

By the time Pamela was able to do so, however, Rascal was thousands of miles away at Best Friends Animal Sanctuary. And the spunky little terrier was only there for about a week before going to a new home in Atlanta. It was beginning to look as though Pamela might not be reunited with Rascal, as she’d hoped.

Dog returns after being adopted into new home

Even though Rascal was in a loving home, Pamela felt defeated. As the months passed, she could not stop thinking about her best friend, missed her every day and wished that, somehow, they could be together again.

Little did Pamela know her wish was about to come true. Rascal wasn’t adjusting very well to her new home. She was anxious was becoming increasingly reactive to other dogs, including the other dog in the home. Although her adopter had sought help from a trainer and was trying to make things work, Rascal soon was on her way back to the Sanctuary. 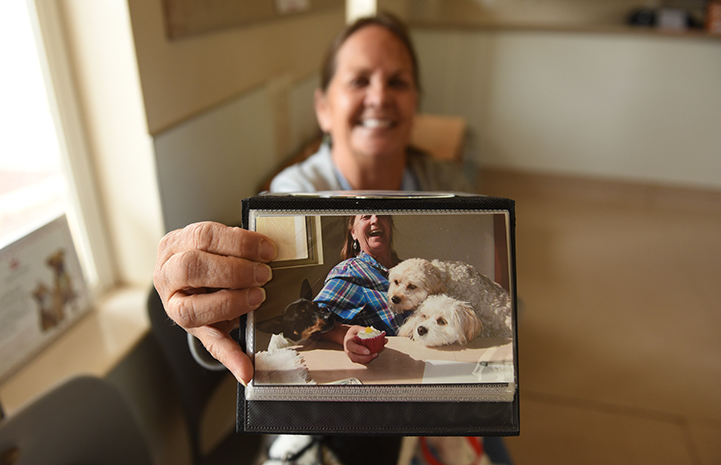 The most heartening news in years

Pamela was about to get the best news she’d had in years: Rascal was back at Best Friends. She was so joyous that she couldn’t get to the Sanctuary fast enough. After so many months apart, their heartwarming reunion was more than inspiring. It was miraculous.

As soon as a Best Friends adoption specialist brought Rascal out, the weight of the past year seemed to fall from Pamela’s shoulders, and her whole face brightened up with a big smile. Seeing that her person had come back for her, Rascal seemed to light up, too. Soon, the happy pair were in Pamela’s car, getting ready to head back to Nevada.

For Rascal, all was right in the world again. And while Pamela still has some healing and rebuilding to do, she knows she can do it — now that Rascal is by her side again.

“It was a reunion meant to be,” Pamela says. “Getting Rascal back has definitely made my heart start healing.” 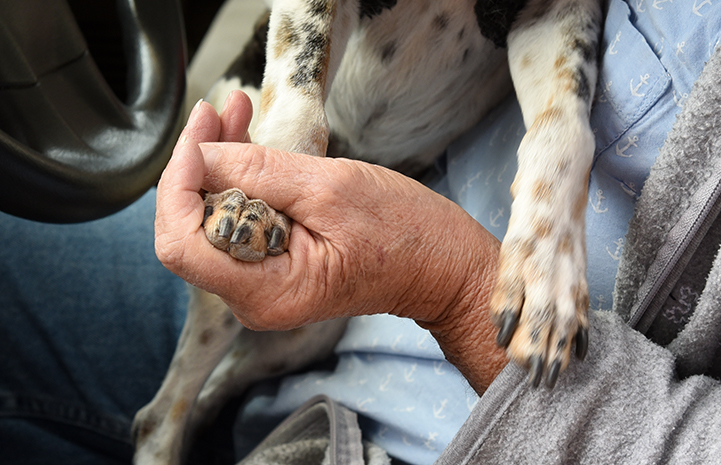