Image
The stray and feral cats of Cobb County, just outside Atlanta, Georgia, are receiving help in the form of a trap-neuter-return (TNR) program.
By Nicole Hamilton

Jim and Mary Hewitt started seeing stray cats the day the moved into their mobile home park just outside of Atlanta, Georgia. As animal lovers, they knew that they couldn’t turn a blind eye to the needs of these cats; so, once they got settled, they began to humanely trap the cats and do their best to find places to have them spayed or neutered at a reduced cost.

That was three years ago, and since then Jim and Mary have managed to spay or neuter about a dozen cats, but they estimate there are as many as 40 cats who call the park home. Even at a reduced cost it would be large expense to fund surgeries for all of them.

So the couple carried on doing as much as they could, and that’s what led them to Cobb County Animal Control, where they learned about a new program that’s part of Best Friends’ work in Atlanta. Soon, they’d be getting help to care for their community cats, just like many other groups in the area.

Seeing stray cats? Learn how to help them. 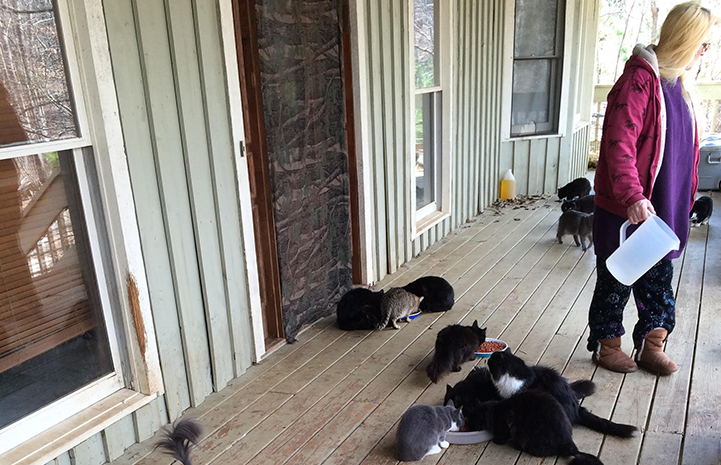 Since its start last February, the Cobb County community cat program has saved the lives of hundreds of cats entering the shelter there. The program provides a safe alternative for community (also referred to as stray or ownerless) cats who end up at the shelter with little chance of being adopted. Many of these cats are not social around people, but as long as they are healthy and have kind caregivers (like Jim and Mary) to look after them and make sure they have food, they can be spayed or neutered and returned to their neighborhoods. Best of all, the service is offered at no cost.

Kaitlyn Simmons, Best Friends’ community cat program coordinator in Cobb County says that since the program started, she’s seen a change in people’s attitudes toward cats. Because the program has been able to educate the community about the realities facing stray cats and kittens at municipal shelters, she’s found that people are more willing to give it a try. And that’s important in the Atlanta area, where because it stays warm all year, every season is kitten season. 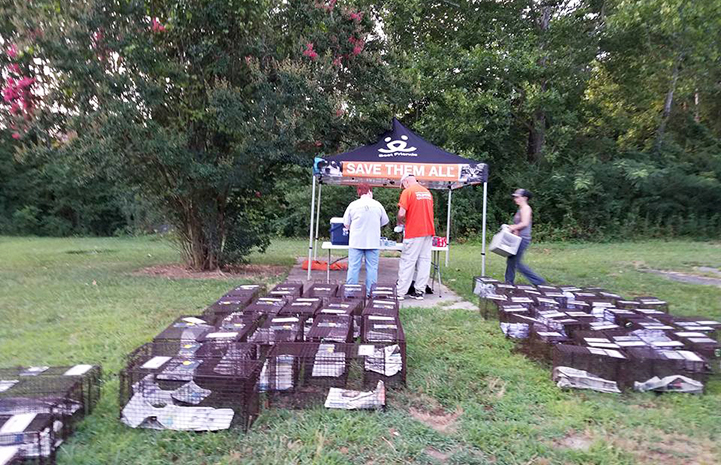 After talking to Kaitlyn, Jim and Mary were able to have four more recent arrivals fixed and vaccinated. Then they returned the cats to the mobile park, where they joined the colony maintained by the couple.

Jim estimates that he and Mary are taking care of about 12 community cats, not counting the four who live with them in their mobile home, plus a special-needs cat named Whitey, who was walking with an injured leg when Jim found him.

Still, many more of the park’s stray cats could be trapped, fixed and then returned to the park.

Jim plans to continue to humanely trap as many as he can ― especially now that he knows about the Best Friends community cat program. And he’s also recruiting his neighbors. “The fact that Best Friends can fix and vaccinate the cats free of charge really helps out,” says Jim. Residents like Jim and Mary are helping out, too.

“They are a great example of how getting involved and helping can really save lives,” says Kaitlyn. “They really care about the animals, and they are willing to do what they can to make sure these cats have the life they deserve.”

Learn about Best Friends regional work around the country