Help for a declawed cat

Image
Cat declawing can cause problems for cats, such as joint stiffness, behavioral challenges, loss of ability to climb and balance. It is cruel.
By Nicole Hamilton

Alexandra Farmer has accepted the fact that even though her cat, Sophie, doesn’t pay the rent or do the laundry, she is the official head of the household. “She’s definitely a diva,” says Alexandra, “She wants to wake me up every single morning, and she loves to perch on her cat tower.”

Sophie has been quite the queen bee ever since Alexandra adopted her from the Best Friends Lifesaving Center in Salt Lake City. Now she rules her roost with kindness and love, which is pretty inspiring considering she used to be in constant pain after being declawed.

Why cat declawing is cruel

When Sophie came to Best Friends from a municipal shelter in the spring of 2018, she avoided the litter box, a habit that declawed cats can develop after the surgery. In fact, declawing can cause a myriad of problems for cats, such as joint stiffness, behavioral challenges, loss of ability to climb and balance — even lameness.

In Sophie’s case, not only did she avoid the litter box, but she was also in chronic pain that caused her to be chronically unhappy. But who could blame her? Declawing a cat is like removing the first knuckle of every finger. It’s a painful ordeal that was even more so for Sophie because her surgery was botched. 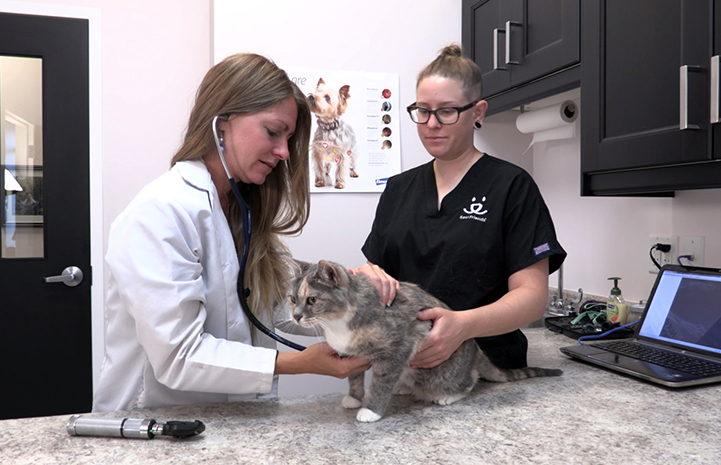 To help Sophie feel good again, Best Friends arranged for her to visit Dr. Kirsten Doub for a special surgery at Union Park Veterinary Hospital. Union Park is home to The Paw Project, an organization created to educate the community about the inhumane practice of declawing.

The surgery went well, and afterwards she went to a foster home until she was all healed. When she returned to the Best Friends Lifesaving Center, Sophie was no longer suffering from painful paws and had even started using the litter box again. Now she was ready for a fresh start with a family that would let her rule the house like the sweet queen she was always meant to be. 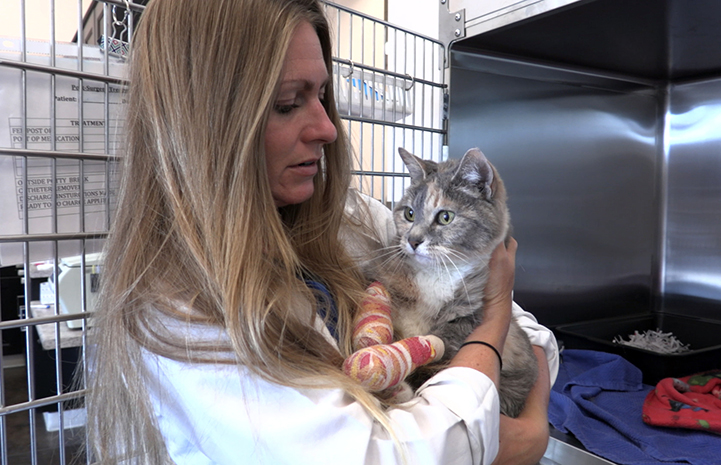 Alexandra came to the center one day looking to adopt an independent cat who would fit in with her on-the-go lifestyle. She’s a cat lover, but she’s also a full-time college student who wanted a cat who relishes alone time as much as time with people.

On the day she met Alexandra, Sophie was relaxing in a spot of sun. “She was really laid back and calm,” says Alexandra. “That’s what I really liked about her.”

When Alexandra learned how Sophie had overcome serious medical challenges caused by declawing her paws, plus the litter box issues, it made her want to give Sophie a home even more. “That’s probably why she was at the center for so long,” says Alexandra, who decided Sophie had waited long enough and adopted her. 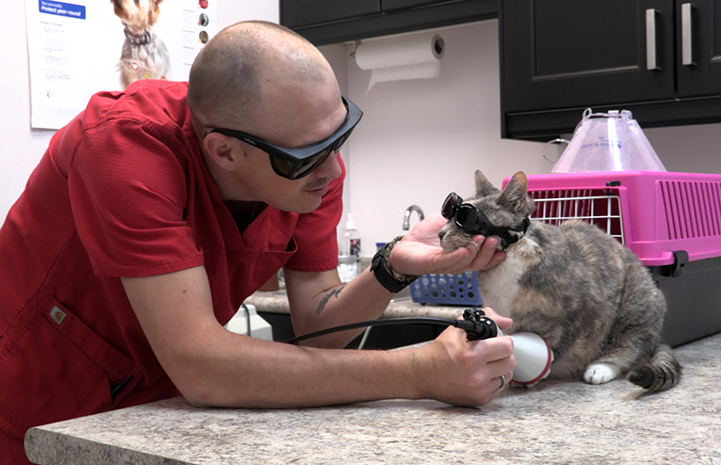 From a painful past to a feline diva

Sophie had a few accidents outside the litter box during the first weeks in her new home, but not for a second did Alexandra think about returning her to the center. Instead of seeing it as problem, she focused on a solution. “We got a second litter box,” she says. “And we switched the cat litter from pellets to sand, and it worked.”

Alexandra says that Sophie sometimes switches her weight from one side to the other to get more comfortable standing on her paws. But other than that, she shows no other signs of discomfort.

If anything, Sophie is enjoying a life made possible by people who came together to make sure a botched declaw surgery would never again hold her back. Through help from The Paw Project, the tiny diva has the life she’s deserved for a long time. In fact, she’s even managed to broadened her empire and now rules the backyard, thanks to the harness Alexandra bought her.

The two have become fast friends. “It’s so nice to have her around,” Alexandra says. “She’s the cat I’d been looking for.” 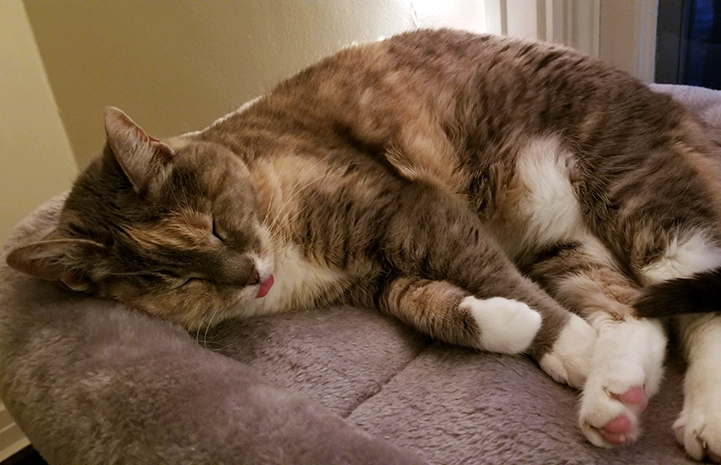 Best Friends Lifesaving Center in Salt Lake City works collaboratively with animal rescue groups, city shelters and passionate individuals dedicated to the mission of making Utah a no-kill state. As part of this mission, Best Friends hosts adoption and fundraising events, runs the lifesaving center in Salt Lake City, operates two spay/neuter clinics and leads the No-Kill Utah (NKUT) initiative. Together, we will Save Them All.