Help for a dog spinning in circles

Dog with a neurological problem who spins in circles gets help with his issue and makes improvements.
By Christelle L. Del Prete 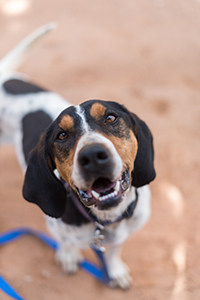 Whistler is always going to be somewhat of a mystery. Since the day he was born, he hasn’t moved or acted like other dogs. Because a dog spinning in circles isn’t likely to do well in a shelter or have a chance to find a home, the handsome hound mix came to Best Friends from a shelter in Indiana.

It didn’t take an expert in canine neurology to see that Whistler was going to need some very special help at the Sanctuary. On a scale of dog neurological disorders, his condition seemed pretty severe. The poor dog seemed completely unable to control his body movements.

Spinning in big, wobbly circles was bad enough. But Whistler would also bounce up and down as if he were on a pogo stick. All that frantic movement must have been exhausting. But Whistler couldn’t help it. Or could he?

When it comes to understanding neurological diseases in dogs, one of the biggest challenges is figuring out how much of the dog’s behavior he can actually control and how much is a direct effect of his condition (and therefore out of his control). Dogtown staff needed to get a good handle on what Whistler could and couldn’t do physically. They also needed to figure out if he was capable of learning and what exactly he could learn.

Whistler was the only one who could help his caregivers unlock those mysteries. They watched him closely and paid attention to how he interacted with other dogs. Right away, there were signs of hope. For example, Whistler’s “pogo-sticking” clearly annoyed his doggie roommates. If he bounced around too close to them, they would grumble, snarl or move away to let him know they didn’t like it.

That was the first glimpse that Whistler might be able to control some of his movements, because he took the hint: He started bouncing less and less around them. 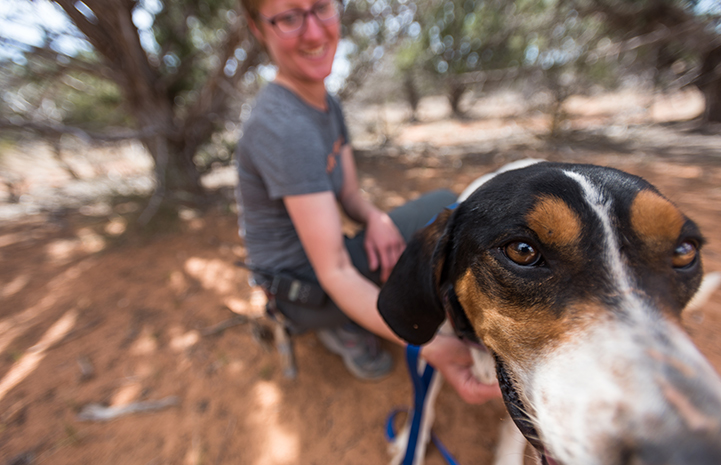 Since the biggest thing Whistler needed to learn was self-control, his caregivers started working on it right away. They began using treats to simply get Whistler to pay attention and focus on them. And they discovered that, when Whistler is completely focused, he is able to stop moving up and down or in circles.

In these moments, Whistler is at rest and in control — two things he desperately needs in his life. With practice, he’s been able to stay focused for longer periods of time and in different places, such as the Dogtown trails. Whistler can go for walks, and soon, even though he still spins when he gets excited, he begins walking in a straight line and heeling beside his caregivers for several minutes at a time. 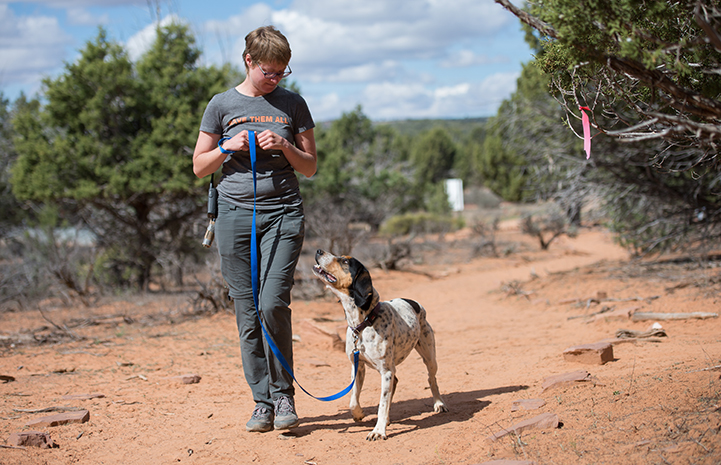 Calming down around food

Whistler had learned to control himself around other dogs and his caregivers. The next thing he needed to do was to calm down around food. He had a habit of charging straight at his food bowl and diving into it before his caregivers even had a chance to finish putting it down. It was not only rude behavior, but also something that could make people think that Whistler was aggressive rather than just impulsive.

Every time Whistler charged at his food bowl, his caregivers would lift it back up off the floor before he reached it. Only if he could wait patiently for his meal would he get fed right away. It took Whistler quite a few times to learn how to win this game. He’s a dog who needs lots of repetition before a new training cue sticks. But Whistler impressed his caregivers by mastering “wait” and then learning the “free” cue, which gives him the go-ahead to step forward and get his meal. 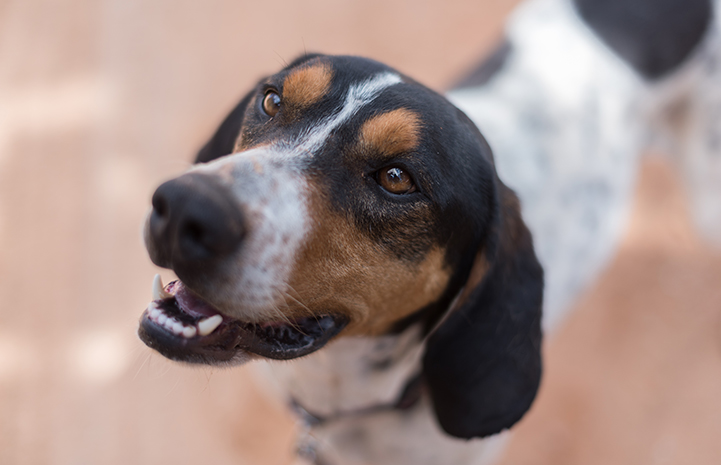 In the year he’s been at the Sanctuary, Whistler has proven that he can learn new skills and enjoy his life — and that he wants to. He just needs a little more help than some other dogs do. The key to helping Whistler live a happy life lies in finding the areas where he can improve and teaching him that he has choices in how he moves and acts.

So, while Whistler’s neurological disorder means that part of his mind will always be a mystery, every day brings new adventures in finding out just how much progress this special dog can make. 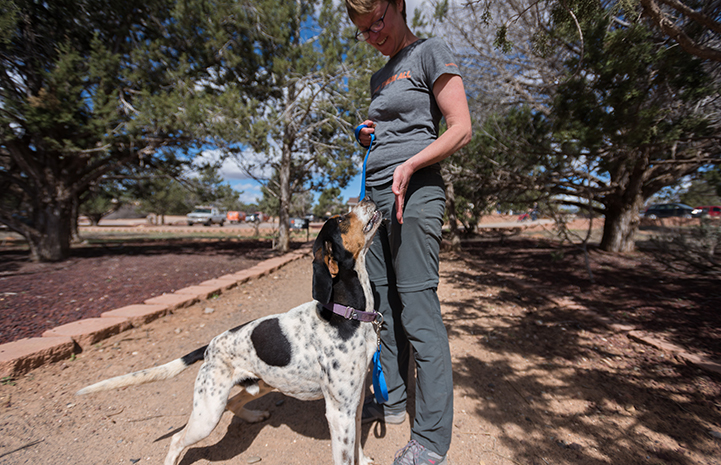