Image
Cat who has tremors and hearing difficulties gets medication and comforting to feel better.
By Christelle L. Del Prete

Living in an animal shelter can be stressful for even the healthiest and most well-adjusted pet. But for a cat like Nicky who has some neurological problems, all the unfamiliar sights, sounds and smells can spell disaster. Nicky wasn’t just struggling to find a home from a shelter in L.A. He was struggling just to get through the day without becoming completely overwhelmed.

Most of the time, the handsome brown tabby cat managed to do OK. He was sweet and friendly, but then something (a loud noise or a quick movement) would happen that caused Nicky to yowl loudly, walk in circles repeatedly or swipe at anything in reach — including people, other cats or even his cat tree.

Sometimes Nicky also had tremors, and his hearing wasn’t spot on. When people talked to him, he could hear them but he didn't always know where they were in the room. It was as if his ears worked, but he couldn’t pinpoint what the sound was or where it was coming from.

Symptoms like this made shelter life unbearable for Nicky, so he came to the Sanctuary where he could get help. Cat World caregivers have lots of experience helping cats like Nicky gain stability and learn coping skills that help them stay happier during their time at the Sanctuary, and also help them become better prepared for new homes. But every cat is different, and only time would tell if they could figure out how to keep Nicky happy.

Learn about some of the Sanctuary’s special-needs pets 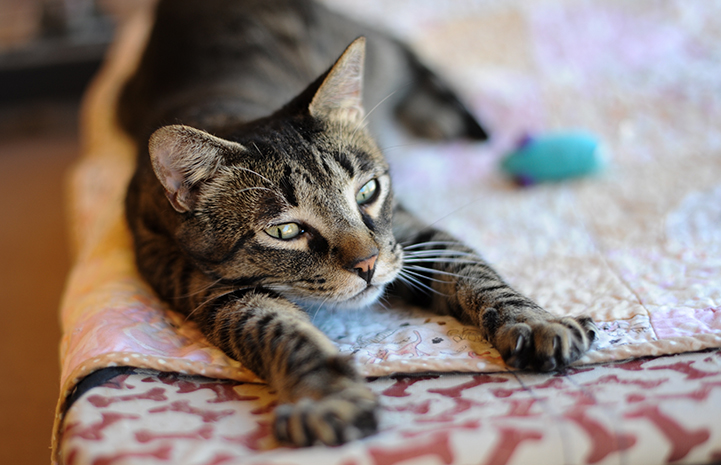 Figuring out what makes Nicky tick

Once Nicky moved into a quiet room at Cat World headquarters, which would help him stay calm and relaxed, his caregivers spent a lot of time trying to figure out what made him tick. With medication, his tremors, hearing issues and signs of anxiety began to ease up.

Because Nicky likes to know exactly what to expect and when to expect it, caregivers quickly set a routine of when people would go into his room to clean it, feed him and give him some love. Since Nicky seems to get startled more easily than other cats, they never reach out to pet him until he knows they’re there. And they only give him as much love as he wants at any given time.

Respecting Nicky’s boundaries helped him to feel more comfortable with people and to establish trust. He settled into his new routine at the Sanctuary and seemed happy, but Nicky was missing the company of other cats that he really enjoys. So his caregivers worked to find him the right roommate. It had to be a cat who wouldn’t reject Nicky for being a little bit different, but also one who could take things in stride and not become upset if and when Nicky did get agitated.

Along came Zinc, a young cat who was known in Cat World as the “big brother” cat because he was so great with young kittens. Zinc didn’t care if Nicky was different. He not only didn’t get upset when Nicky started to feel unsettled, but he also stayed close to him and helped him stay calm on days when the building was extra busy.

When Zinc found his forever family, a young cat named Oleander took his place by Nicky’s side. Calm, mellow Oleander may just be Nicky’s favorite roommate yet. The two cats hit it off instantly, and Nicky likes to snuggle up in a cat bed with his new friend, who barely blinks when Nicky gets upset. 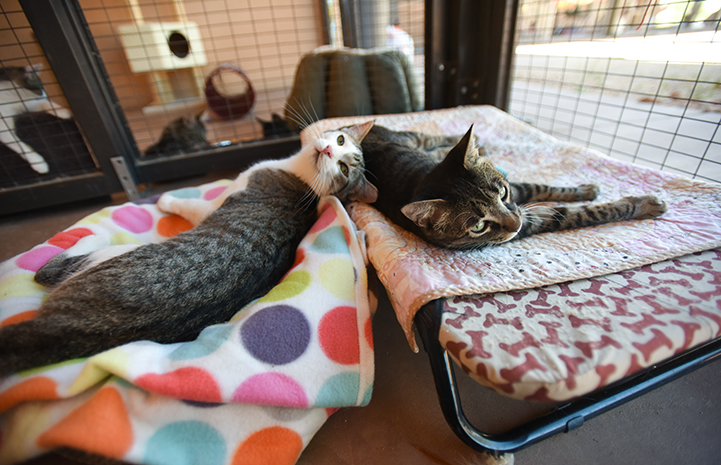 Being in a calm, stable environment and having such understanding roommates has helped Nicky come a long way. He’ll never be the world’s most well-adjusted cat. But that’s OK, because he’s wonderful just the way he is. Nicky likes to play with jingly cat toys, lounge in his outdoor cattery and watch butterflies. He enjoys nibbling on cat grass and going on stroller rides.

These days, Nicky’s feeling much happier and a lot less stressed, which proves that in the right place with the right amount of time, he can live a perfectly happy and normal life. All he needed was for someone to take the time to figure out what makes him tick. Once Nicky has unconditional understanding, a good routine and calm, steady companionship, it all works like clockwork.

Help bring hope and healing to more animals like Nicky 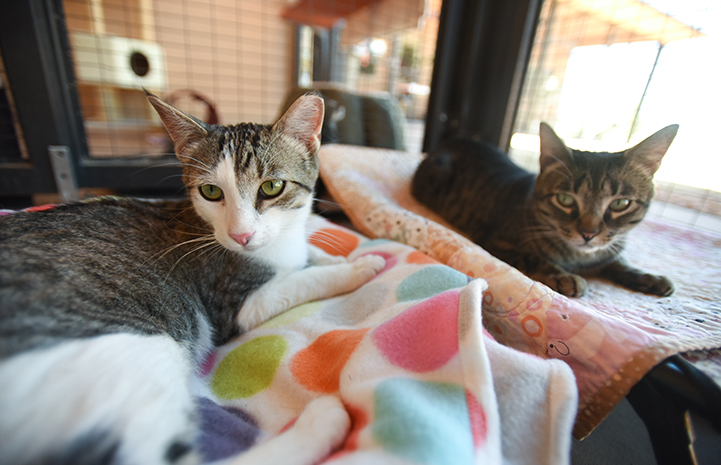