How a cat with attitude found a great home

Image
Cat with an attitude finds an adopter who sees past her hissing and tough exterior. Now that she's home, she is a sweet, gentle and fun-loving kitty.
By Nicole Hamilton

Adopters will often tell you that when they met their pet for the first time, they just knew they were “the one.” But when Alissa first made the acquaintance of a cat named Peta at the Best Friends Pet Adoption Center in New York, it was hardly love at first sight.

Peta, who came to the adoption center from Animal Care Centers of NYC, wasn’t exactly the greatest at making a good first impression. As the resident loveable grouch of the adoption center, she liked her space and wasn’t keen on sharing it with people or other cats. She’d sometimes hiss at anyone who came too close, and she had an assertive-sounding meow that she wasn’t afraid to use, especially at feeding time.

Her peculiar personality made the adoption center staff chuckle and shake their heads sometimes, but it also made it difficult for adopters to envision Peta in their home as a kind and happy cat.

The fact that adopters weren’t lining up to take her home meant that the adoption center staff had plenty of time to get to know Peta. Eventually, they could see that behind Peta’s tough-as-nails exterior was a fun-loving and mischievous cat who loves to play and sun herself in the adoption center windows.

Peta’s personality isn’t for everyone, but that was OK. There just had to be one special person who would love her just the way she is. “There’s an adopter out there for every cat,” says Suzanne Remito, the center’s adoption specialist. And in a city as big as New York, the the chances of finding someone who would take a chance on Peta were very good. 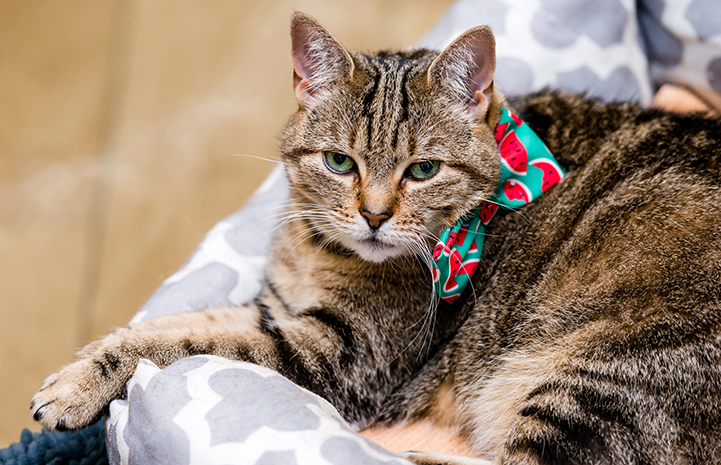 Seeing past a cat’s cranky personality

Alissa Fleck wanted to wait awhile after her beloved cat, Apple, passed away before adopting again. But it wasn’t long before the days began to feel a little lonely and uninspired for Alissa, a professional who works from home and lives alone. The cure, she decided, was to share her home office again with a feline friend.

When Alissa arrived at the adoption center, the team thought she might like Peta. But when they tried to introduce them, Peta ran away and hid.

Things didn’t fare much better when Alissa was finally able to get closer to Peta. She hissed, as if to say, “Leave me alone.” But Alissa wanted to give this cranky cat a chance, and so she sat calmly near Peta until she was able to reach out and pet her.

Though Alissa wasn’t sure it would work out, at the encouragement of the adoption team she decided to adopt Peta that day. The staff was convinced that once she got Peta home, her sweet and gentle side would emerge. “They insisted she was a favorite. They knew I was a cat person, and I trusted them,” says Alissa.

Sure enough, the adoption team was right. “The minute I got her home, her entire demeanor changed,” says Alissa. “She was cuddling with me the first night.” 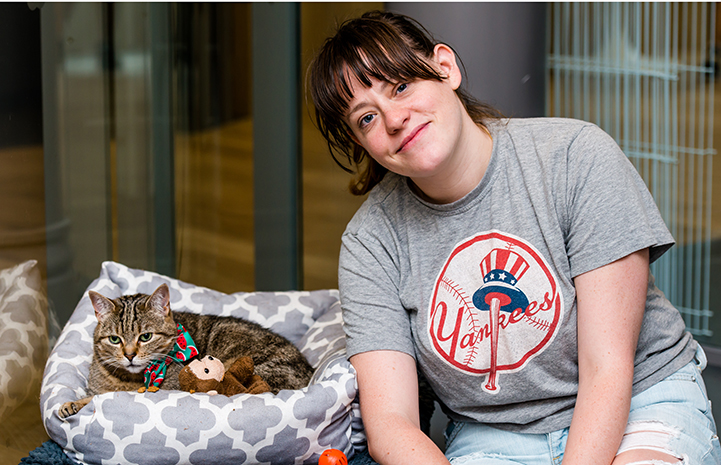 From difficult cat to cuddly cat

All Peta needed, it turns out, was a person who would love her just the way she is. And in exchange for her unconditional love, Alissa is rewarded handsomely with affection and cuddles from Peta. If Alissa is at home sitting in the living room, Peta is sitting next to her on the couch or nearby where she can keep an eye on her.

When Alissa is in bed, Peta is all over her with snuggles and head butts. And she always runs to the door when she hears Alissa get home, often greeting her with her signature larger-than-life meow.

Since she’s arrived at Alissa’s place, Peta hasn’t hissed once. And she’s perfectly fine being petted by anyone, and she even tolerates some enthusiastic affection from Alissa’s four-year-old niece.

“Peta doesn't really do toys or treats, says Alissa, “but she definitely has a fondness for catnip. Her favorite activities are napping and exploring boxes, and occasionally just staring out the window. But these all come second to chilling with her mommy.” 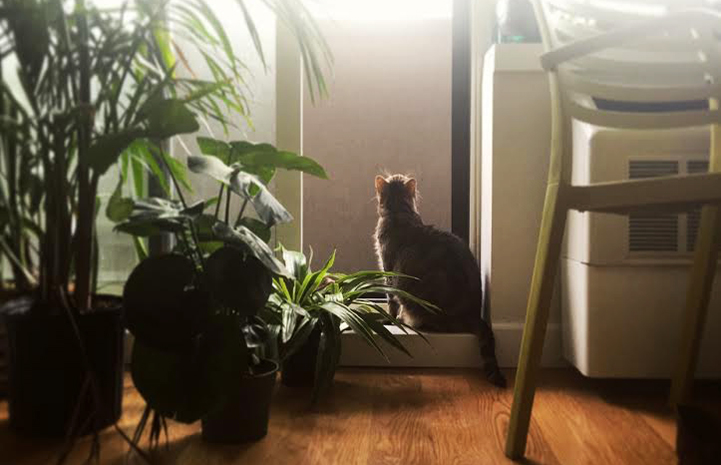 The camera captures a happy cat

Peta seems to know when Alissa is going to take a picture of her, because as soon as she sees Alissa’s phone, she rolls on her back, exposes her belly and cocks her head. Judging from how Peta looks in these photos, it would be hard to tell that it’s the same cat who hissed at Alissa when they first met. But it just goes to show you how one person can make a big difference in the life and attitude of a homeless pet. 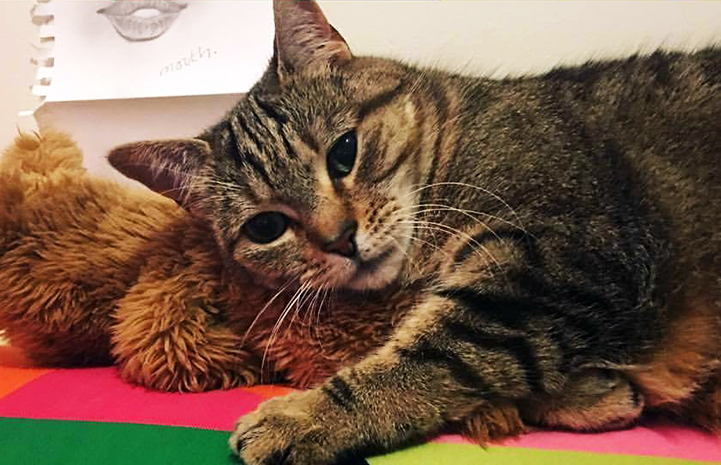