How this dog's 'snoods' are helping him beat skin cancer

Image
Donated hats (‘snoods'), many from the company Zoo Snoods, protect dog's skin after cancer surgery and may help prevent further damage to his skin.
By Christelle L. Del Prete

When Skully struts around Dogtown, he wears a big happy grin and bounces around like a dog who’s never had a bad day. He loves being dressed up, and it’s hard to resist a big white dog wearing a hat that makes him look like an adorable dinosaur, bull or bunny rabbit.

Skully’s hats, or ‘snoods’ have all been donated — many from Zoo Snoods — and they are more than just adorable. They’ve served an important purpose while he recovered from surgery, and they may help protect his delicate skin from further damage. And because he’s so happy wearing his hats, the headgear is like the cherry on top of all the love and care he’s receiving on his journey to a happier, healthier life. 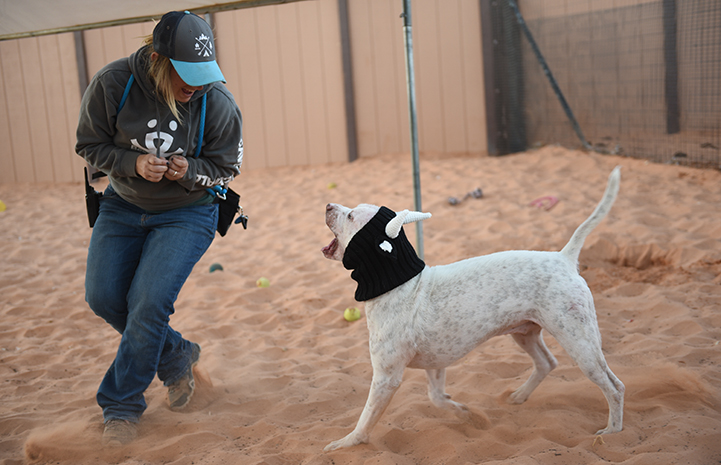 Although Skully was only three years old when he came to the Sanctuary back in August, he was already facing enough medical challenges to last a lifetime. In fact, he’d lost his home because his former person didn’t have the resources for the medical treatment he needed. That’s when he came to Best Friends. 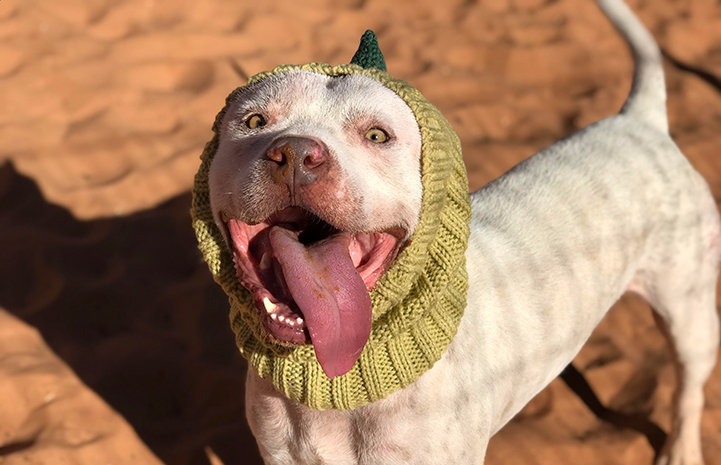 Poor Skully was a sight to see when he first arrived at Dogtown. Hair loss caused his white fur to be thin and patchy, and his skin was red, irritated and covered in scabs. None of this dampened Skully’s spirit. He acted like a giant, goofy puppy and was always smiling and full of love. But behind that happy grin, Skully was terribly uncomfortable and he needed help.

Skully’s skin issues were likely caused by allergies, which made him itchy all over and caused him to scratch so much that he got secondary infections. To help heal his skin and make him feel better, he began getting regular oxygen baths in Dogtown’s grooming rooms. Once his itchiness was under control and he stopped scratching so much, his damaged skin began to heal.

Things seemed to be looking up for Skully, but then he got bad news. Best Friends vets found dog skin cancer in two separate places on his body — first on his underside and then on his ear. 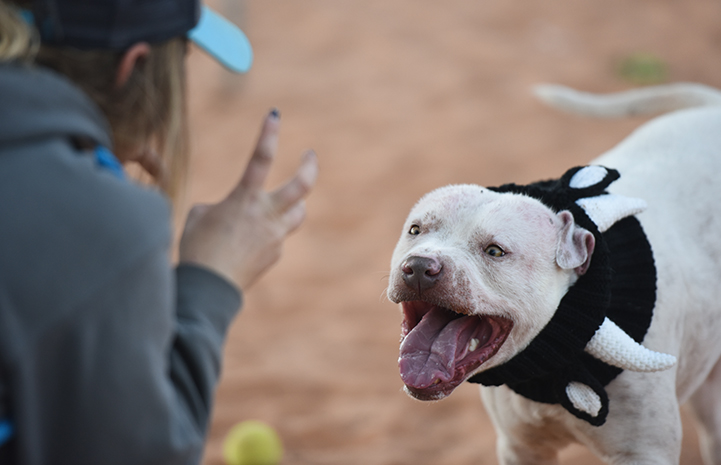 Skully's treatment included two surgeries at the Best Friends Animal Clinic, and one of them was to remove his right ear. Fortunately, Skully can still hear; however, after the surgery his tender skin not only had to heal, but he also had to be extremely careful about sun exposure. And the Sanctuary, located in the high desert of Kanab, Utah, has lots of sun. 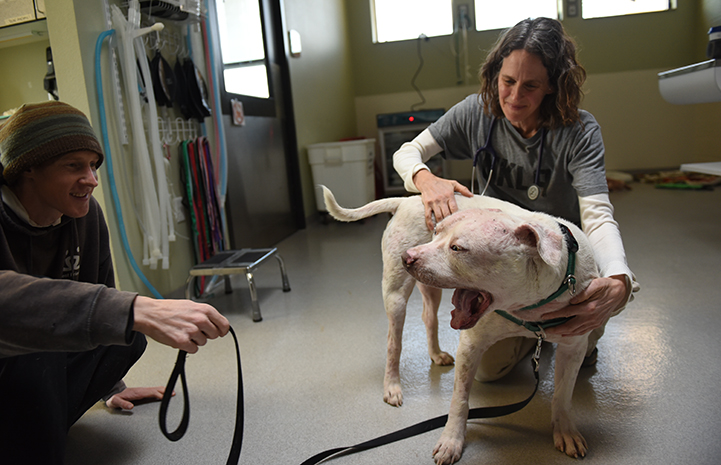 How could Best Friends caregivers and vets protect Skully from the sun’s harmful rays while still allowing him to get the fresh air and exercise he craved? Snoods turned out to the perfect practical solution.

Today, Skully has fully recovered from his surgeries and is cancer-free. Now that he’s feeling better, life is even happier for him, with his days filled with walks, playtime, romping with other dogs and everything else other pups in Dogtown get to enjoy. He’s the only one who does it all while wearing a fabulous snood. 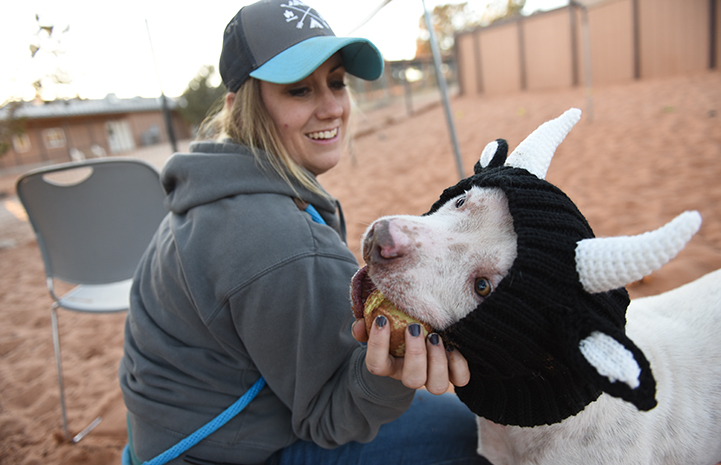