How a foster home is helping a cat with pica

Image
Cat with pica disorder, which causes him to eat non-food items like trash bags, twine, cords and more, goes into a quiet foster home for help.
By Christelle L. Del Prete

Today, as Ufro kicks back in a foster home, his medical condition barely seems to exist. But pica, an eating disorder that causes a compulsive appetite for things that are not food, once controlled his life. Pica is dangerous for cats and must be well-managed because if a cat eats things he shouldn’t, it can be life-threatening. For Ufro, life in a foster home has helped him overcome many of his challenges. 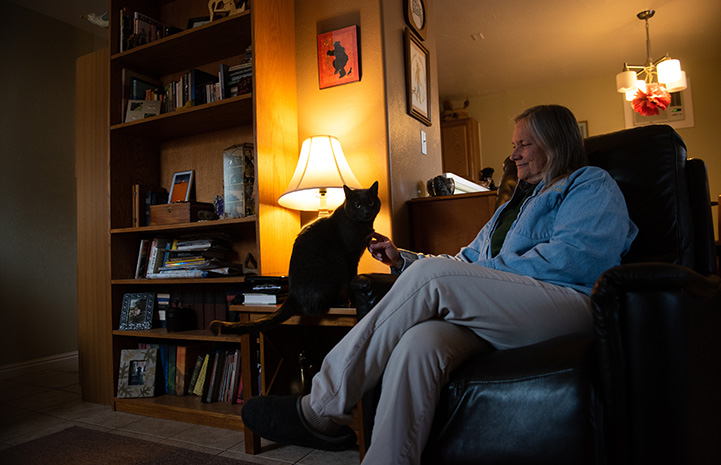 How to manage pica in cats

After Ufro arrived at the Sanctuary, his caregivers carefully monitored him and kept a log of everything he tried to eat: the cotton stuffing from a stuffed mouse, trash bags, cat litter bags, twine that he unraveled from a scratching post, fuzz from a cushy cat bed and crinkly things, like paper. They had to be vigilant about keeping things out of his room and only allowing durable cat toys that he couldn’t chew through. They completely covered electric cords with heavy plastic tubing.

Controlling Ufro’s environment didn’t put a damper on his strange appetite. He continued to seek out forbidden items at any opportunity — anything soft and sort of chewable would do. And the list of things he couldn’t have in his room grew.

There is no cure for pica disorder, and a full workup on Ufro at the Best Friends Animal Clinic didn’t find any underlying cause. But Best Friends vets and Cat World caregivers wondered how Ufro would do in a home. Would his condition be easier to manage in a place with fewer people and cats, or would a future adopter be taking on a cat who chews on everything? Would a home have to be Ufro-proofed from top to bottom? There was only one way to find out, and that was to get him into a foster home.

Foster a dog or cat 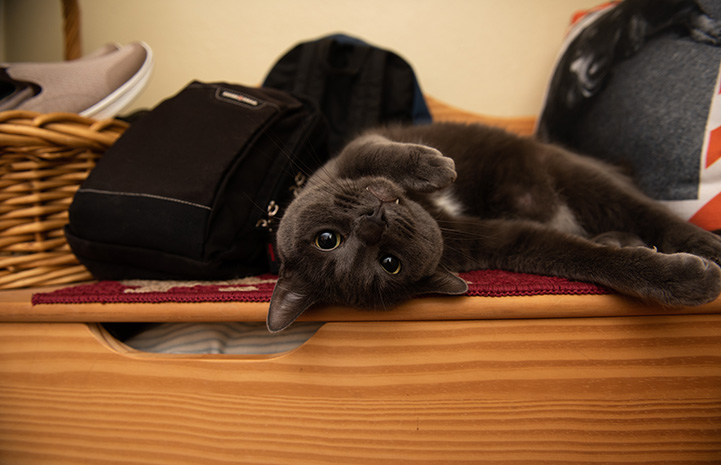 Penny Nelson-Newman, a local Best Friends volunteer with experience fostering cats, was happy to give Ufro a chance to test his house skills. She knew that keeping him safe was a big responsibility, and she was up to the task. Penny keeps her home neat and free from clutter. Still, there were normal, everyday things — window coverings, rugs, shoes, coats hung on a rack, decorative baskets on top of the kitchen cabinets, electrical cords, etc. — that Ufro might find tempting. So, when he first moved in with her, she had to watch him constantly.

Penny quickly found that she had to put baby locks on her kitchen cabinets so that Ufro wouldn’t open them and help himself to the items (like plastic bags) that she kept inside. She also had to fold her shower curtain up over the curtain rod so he wouldn’t chew on it. While Penny wished that she had shower doors instead of a curtain, these tiny changes were easy enough. She kept watching and waiting to see what else Ufro might try to get into.

The longer Ufro was at Penny’s house, the clearer it became that he was doing better. At Penny’s house, Ufro has never bothered with electrical cords. He’s ignored paper products, remote controls, window shades and cell phones. He hasn’t tried to eat his bedding material or Penny’s jackets, shoes or clothes. 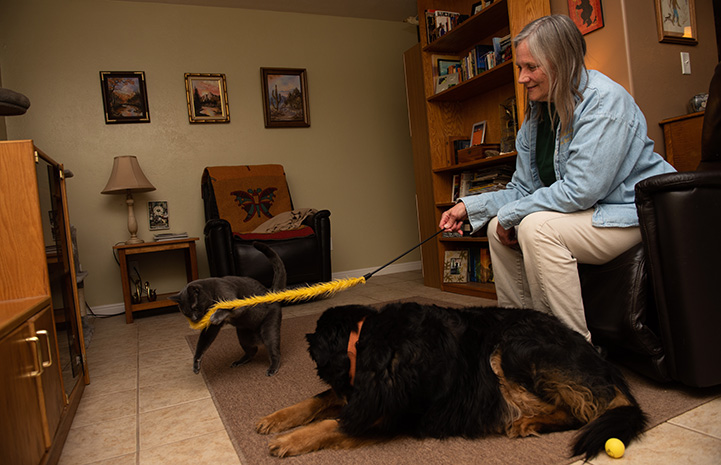 Instead of trying to eat forbidden things, Ufro has been busy entertaining Penny with his playful antics. He loves to chase bouncy ping pong balls and jingly balls with bells inside. He’s become far more relaxed and social, and he’s even befriended Penny’s 80-pound dog, Frido.

“He’s a very interactive and social cat,” Penny says. “He will hang out where you are and lie in the same room. He is quite confident, too. He enjoys Frido and will go over to him. It’s nice that he’s gotten used to a big, friendly dog.”

While she always stays vigilant to keep him safe, Penny says that Ufro’s condition isn’t a big deal. “I think every animal I’ve ever had in my home has had something that makes them special — some special need or quirk. Ufro’s behavior is very predictable, and all his wonderful characteristics outweigh having to keep things like plastic garbage bags away from him. This is just a little quirk that doesn’t seem to bother Ufro very much when he’s living in a home.”

The peaceful home life Ufro has with Penny suits him so well that he’ll likely stay there in his foster home until he finds a home of his own. 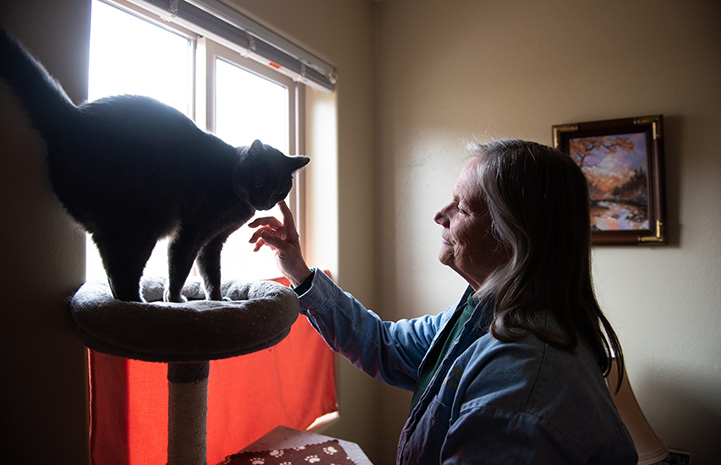