How a once homeless blind dog got the good life

Image
A happy dog (aka, a carpe diem pooch) who has been blind since birth is adopted and is now enjoying all sorts of adventures with his adopter.
By Nicole Hamilton

Charger the dog can couch surf like nobody business, but he also loves going on boating adventures with his adopter, Cat, and he’s even been known to ride shotgun on the back of her paddle board. 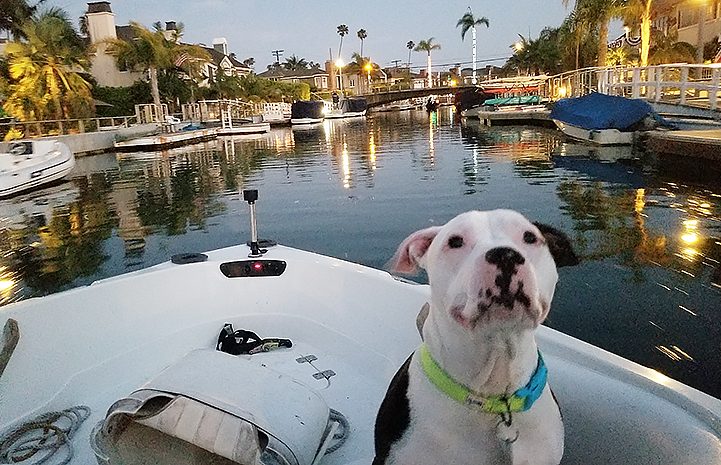 If you’ve ever tried to stand up on a paddle board, you know it’s not easy. But Charger feels right at home on one, and it doesn’t matter that he can’t see. Blind since birth, Charger has been living up to his name by happily charging through life ever since Cat adopted him from the NKLA Pet Adoption Center in Los Angeles nearly three years ago.

When he was a puppy, Charger was surrendered to the Redlands Animal Shelter and he eventually was brought to the adoption center, where he quickly became a staff favorite (thanks to his endless supply of enthusiasm). Shelter life isn’t easy for some dogs, but Charger is a carpe diem — a glass-half-full kind of guy.

A blind dog adjusts to his new life

Cat had been looking online at adoptable dogs when she spotted a photo of Charger on the center’s website and fell instantly in love with his squishy face. She decided to meet him in person, and as soon as she held that sweet face in her hands and saw how he happily embraced life, she decided to adopt him.

For Charger (and many sightless dogs), being blind doesn’t slow him down at all. Still, there were some things Cat wanted to teach him to make sure fun and comfort were fully accessible to him: how to walk on a leash, how to safely get up and down the stairs, and yes, even how to stand on a paddle board.

“At first I polished my furniture with orange oil, so that he could smell where everything was, but after a while, I noticed he was navigating by listening to sound bouncing off the walls and furniture,” says Cat, who read a couple of books that helped her understand the effects of blindness.

Charger quickly learned basic cues like step up, step down, watch and stop — cues that Cat uses on walks. As for the stairs, Charger mastered those without a hitch in one day, running up and down them like the eager, energetic puppy he is. 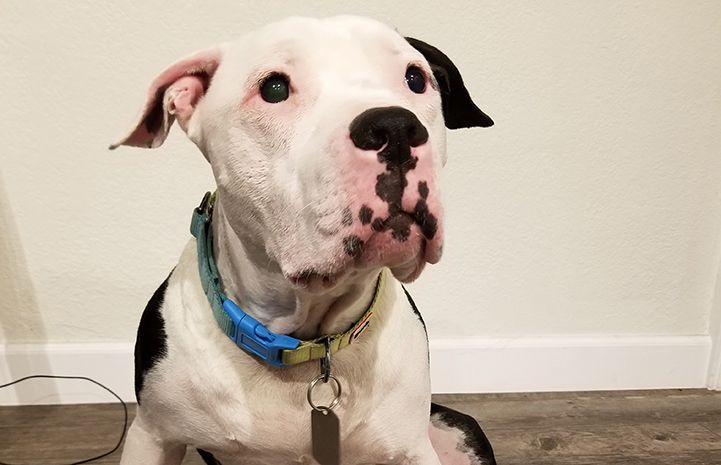 Smooth sailing ahead for Charger

Charger quickly settled into a home routine (and by routine we mean the couch). “He’s lazy and sweet and loves to cuddle,” says Cat. Just check out Charger’s Instagram page and you’ll see he can nap anywhere.

Of course, balance in life is key, and Cat makes sure Charger gets lots of time in the sun and on the water. Whether it’s on a boat or a paddle board, Charger feels at home on water. In fact, he learned how to stand on a paddle board as quickly as he tackled the stairs at home. You could say it came naturally to him.

On his first day on the paddle board, he was spotted by a team of rowers that couldn’t believe they saw a dog standing effortlessly on the back of the board. So, they rowed by and snapped a photo that they shared with Cat.

“They stopped to tell me how it looked like Charger was watching out for me because he was facing backwards and could see them coming,” says Cat. “They got a good laugh from that and were surprised when I told them he wasn't watching out because he was blind.”

Charger has come a long way since his days as a homeless puppy. Now he’s loving every minute and can’t wait to meet new friends. 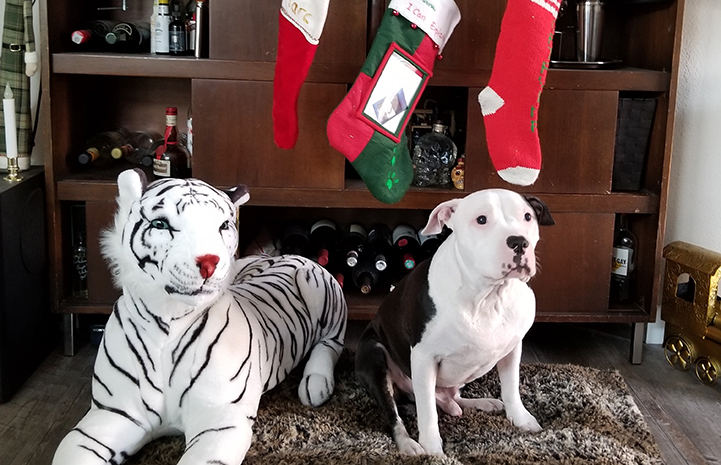 “Charger surprises me every day,” says Cat. “He navigates every new situation with curiosity and without hesitation. He always wants to lead me on walks, and his absolute trust is inspiring.”

Though he may lack vision, nothing stops Charger from living an adventurous life on the California coast — proof that you don’t need eyes to see the good in everyone and everything. 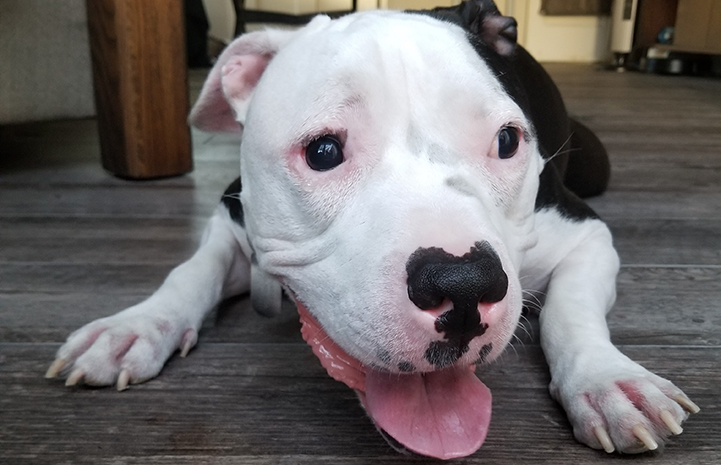