How a once-homeless parrot hit the jackpot

Image
Rescued after he was found flying around Las Vegas, a white-fronted Amazon parrot comes to Best Friends and is adopted by a loving couple.
By Christelle L. Del Prete

It can take a long time to find love, or it can happen in an instant. For Jujubean, a white-fronted Amazon parrot, coming to Parrot Garden at the Sanctuary meant finally finding what he’d been waiting for — and finding it in a flash.

Rescued after he was found flying around the streets of Las Vegas, Jujubean lived with a local, foster-based parrot rescue organization. But the six-year-old wasn’t having much luck there finding his forever family. For some reason he kept getting overlooked.

That went on for nearly two years, until the rescue group contacted Best Friends. Surely, someone looking to adopt a parrot from Best Friends would fall in love with sweet, charming Jujubean. And that was everyone’s wish when Jujubean arrived at the Sanctuary for a fresh start. 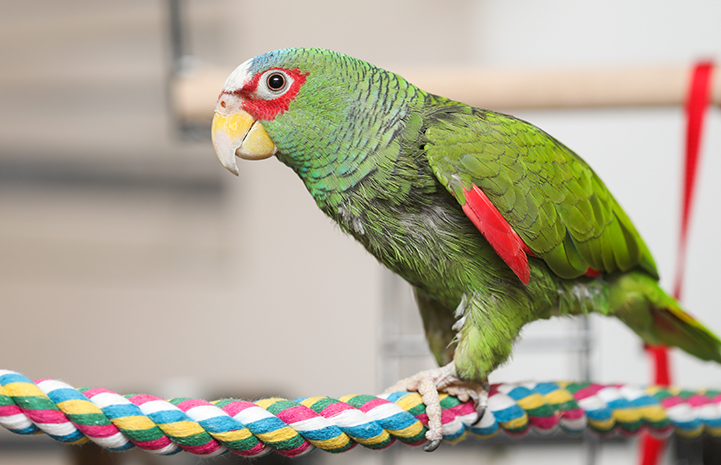 How to adopt a parrot

That wish came true when newlyweds Jason and Emily Ketchum, who had an adopted dog at home, visited the Sanctuary. They had done some research on bird adoption and were eager to adopt, rather than purchase from a pet store or a breeder. But other than knowing that they wanted a medium-sized parrot as their new family member, they didn’t have anything specific in mind.

Just one week after their wedding (with the goal of finding a mutual wedding gift), they visited Parrot Garden to spend a whole day meeting parrots for adoption, with the hope of finding one to bring home.

On the big day, Parrot Garden caregiver Matthew Ross took Jujubean out of his cage and, as he explained the bird’s past, put him on a towel. Emily put her hand down to make a perch and as Jason recalls: “Jujubean immediately stepped up. And while Emily was holding him, Jujubean lifted up one of his feet to show he was comfortable.”

By the time the Ketchums took a lunch break, they’d narrowed their decision. It was between Jujubean and one other bird. After lunch, they spent some time getting to know the charming fellow. “The interactions we had with him just solidified what we had felt earlier — that he would be the perfect addition to our home and our family,” Jason says. 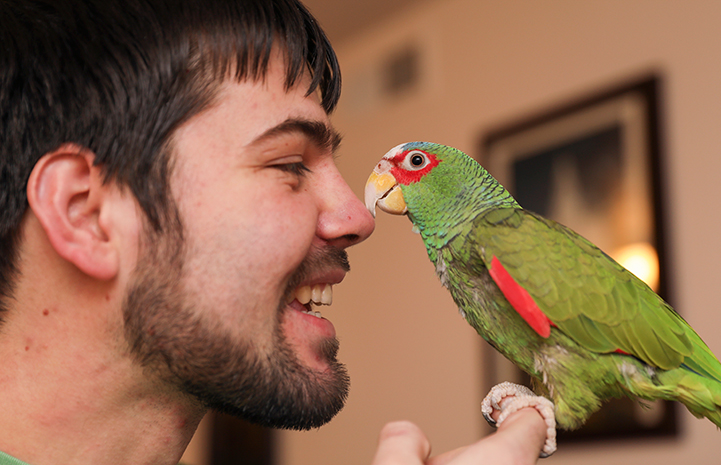 An adoption a parrot can sing about

After waiting for years, Jujubean had only been at the Sanctuary for about a month before he was on his way home with his new people. During the drive home, he relaxed enough to enjoy music and singing, and he showed a special interest in Jason and Emily whenever they sang to him.

Jujubean eagerly explored his new environment when he arrived at the Ketchum’s house in Salt Lake City. He checked out his enclosure and spent a long weekend getting to know his family. He even showed them some of his funny quirks.

“We learned that he likes to dip his pellets in water before eating them,” Jason says. “And we learned some more of his body language, such as what he looks like when he gets tired or grumpy.” Though Jujubean didn't respond much to his name at first, he quickly learned what Emily and Jason meant when they said his name. He especially likes hearing his name used in songs. 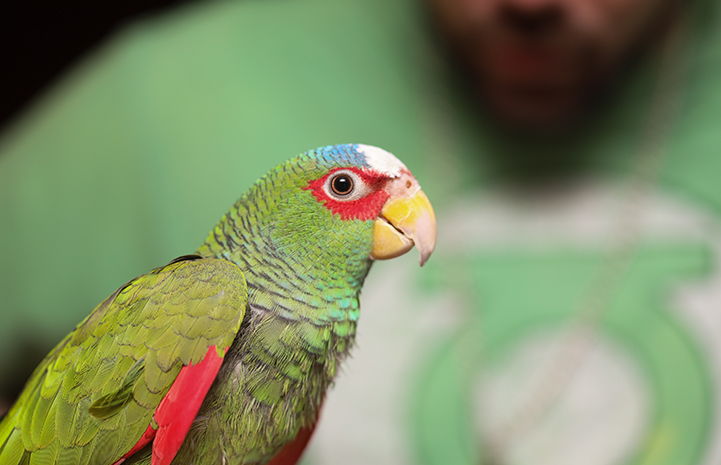 Jujubean has even been expanding his palate a bit. While he stills enjoys treats of pumpkin seeds and nuts, he’s learned to try some new fruits. Though he was skeptical at first (and only gets one here or there so that it doesn’t overload his system), he’s become a big fan of grapes.

“We are very happy with our decision,” says Jason. “It feels like we grow closer with Jujubean every day.”

As for Jujubean, he’s very happy to have hit the jackpot. Because he happened to land in exactly the right place at the right time, he found people who will adore him forever. Now that’s something a parrot can sing about. 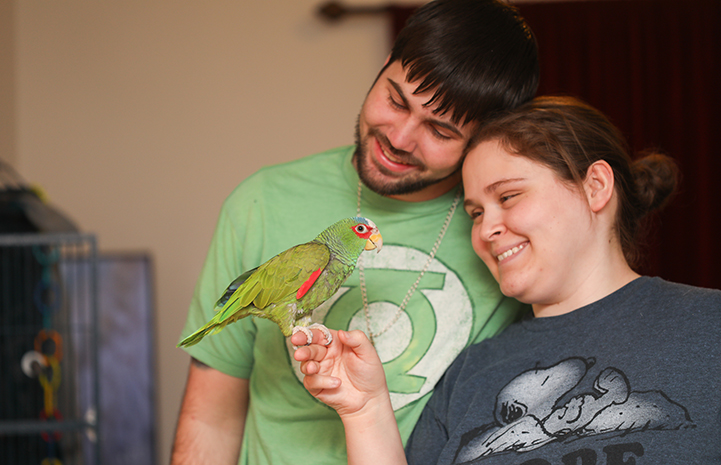