This article appeared in the March/April 2018 issue of Best Friends magazine. You can subscribe to the magazine by becoming a Best Friends member.

In July 2017, Kansas City Pet Project (KCPP) — the nonprofit that runs the municipal shelter in Kansas City, Missouri — celebrated a major milestone: its five-year no-kill anniversary. In recognition of KCPP’s hard work, the city council in Kansas City went so far as to commemorate the event with a proclamation stating that the community would forevermore be a safe place for animals: “That the operators of the Kansas City Animal Shelter shall forever continue to save the lives of all healthy and treatable dogs, cats and other animals at the Kansas City Animal Shelter by maintaining a net 90% or more Live Release Rate.”

A decade ago, this would have been hard — if not impossible — to predict. Back then, animals coming into the shelter were more likely to be killed than adopted. The city-run shelter — not yet under KCPP’s management — had a live release rate of just 38 percent in 2007. Of the more than 10,000 animals who came into the shelter, just 3,666 made it out alive. 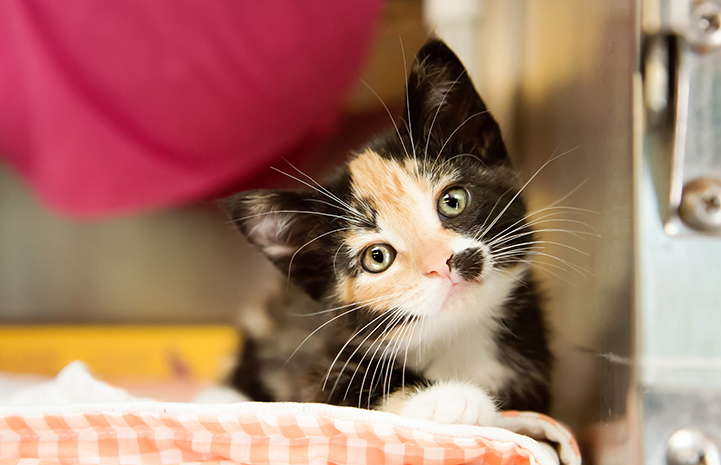 Locals Brent Toellner and his wife, Michelle Davis, were convinced the shelter could do better. “We’d been to several Best Friends conferences and had a fair amount of working knowledge of animal welfare and sheltering,” says Brent, today Best Friends’ regional director for the Great Plains and South Central regions, and chairman of the KCPP board.

Ultimately, Brent and Michelle helped convince city executives that privatizing the shelter was the way to go. In 2011 the city put out a call for proposals from organizations interested in running the shelter — but there were no bidders. The deadline was extended.

Brent, Michelle and a couple of others organized themselves into KCPP in order to submit a bid. “We figured if no one bid the second time,” Brent says, “we’d never get the opportunity to privatize again, and the shelter would continue killing a lot of pets.”

They won the contract, and took over on January 1, 2012. Six months later, the shelter achieved no-kill status. By July 2013, KCPP was celebrating its first full year of saving at least 90 percent (the generally accepted threshold for no-kill status) of the animals entering the shelter. In 2016, that figure was up to 94.8 percent. As we go to press, 2017 is at 95.7 percent, according to KCPP’s current executive director, Teresa Johnson. 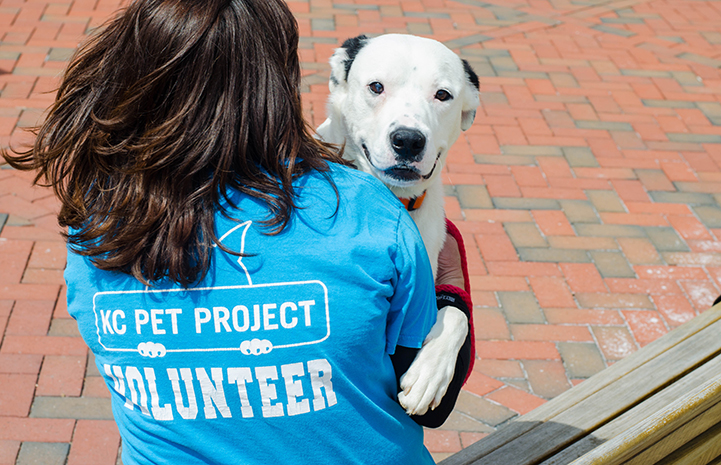 So, how did they get there? Well, adoption promotions helped get pets into new homes, as did eliminating barriers to adoption, such as requiring dogs to go to homes with fenced-in yards. Excellent marketing helped the community learn more about KCPP and all the terrific animals looking for homes. The pool of potential adopters was expanded by opening a satellite adoption center in an outdoor shopping center and then opening a second satellite adoption center inside a Petco store.

Another big factor is being open almost every day of the year, including weekends and most holidays. In other words, when folks are off work and have time to come to the shelter, it’s open.

Many paths to no-kill

More than 1,500 communities in the United States are now no-kill — and hundreds more are nearly there. These communities include large metropolitan areas like Atlanta and Los Angeles; mid-sized cities like Kansas City, Portland and Austin; and smaller communities like Lynchburg, Virginia, and Duluth, Minnesota.

Regardless of a community’s size or demographics, the two universal goals are getting more pets out of shelters and reducing the number coming in. The specific strategies that Brent attributes to Kansas City’s success, however, may not be the same ones that folks in other communities are employing to achieve this mind-blowing success. Getting to no-kill is not one clearly defined path.

Makena Yarbrough knows that firsthand, having worked to bring Lynchburg, Virginia — a city of about 80,000 in the foothills of the Blue Ridge Mountains — to no-kill successfully. In 2008, according to Makena, Lynchburg Humane Society (LHS) had a save rate of 49 percent. “They were euthanizing 51 percent of the animals and didn’t adopt out pit bulls,” she says. “It was a horrible environment.” 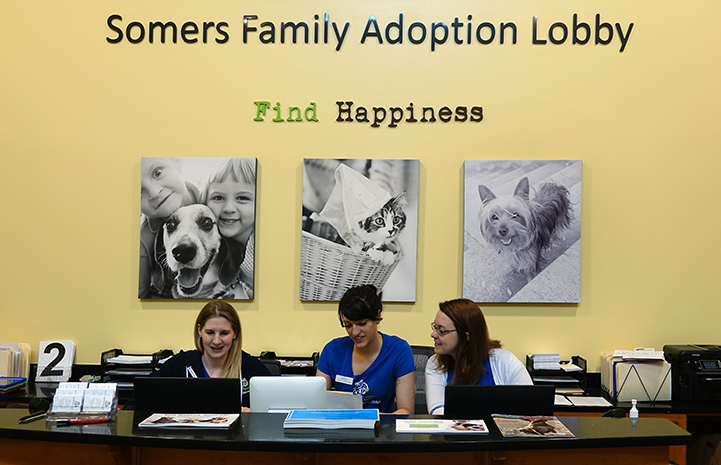 Things began to change in 2009, when one of the shelter’s board members started researching the no-kill movement — first with the aim of discrediting it, then with the aim of saving the lives of the community’s homeless pets. The board member reached out to Makena, who was then at the Charlottesville-Albemarle SPCA, for help. The two were old colleagues who had worked in animal welfare together in Richmond, Virginia.

Makena ended up coming to LHS as executive director in July of that year. She identified a host of factors that were contributing to LHS’s poor results, including an old building and lack of protocols, and immediately started implementing lifesaving procedures and programs. For example, the shelter scrapped restrictions that stood in the way of adoptions. Makena also worked to rebrand the shelter and, as she puts it, “marketed the heck out of us” to promote LHS and its pets in the community. 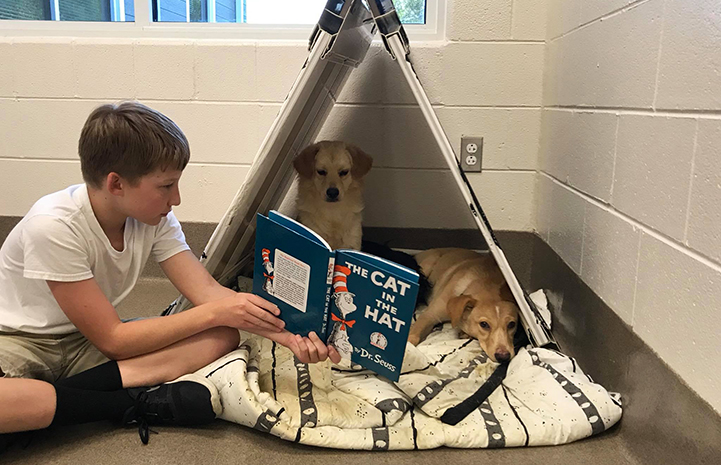 Within a year, Makena says, the shelter’s live release rate had zoomed to 84 percent, and in 2011, LHS reached no-kill status for the first time. Since then, things have only gotten better. On top of continual program and marketing innovation, LHS moved into a new state-of-the-art building two years ago. In 2016, LHS achieved a live release rate of 96 percent.

In the summer of 2017, LHS welcomed a new challenge — taking over a shelter in Pittsylvania County, a more rural part of Virginia. Not long ago, Pittsylvania County’s public shelter was criticized for its high kill rates. The shelter’s kill rate was especially high for cats, most of whom were transferred to a neighboring county’s shelter with an even more abysmal record. Needless to say, when LHS started operating the shelter in July, a lot of changes had to be made. The first order of business was to stop the practice of having animal control officers pick up healthy community cats and bring them to the shelter. (Community cats are at great risk of being killed in shelters because they are often unsocialized to people and therefore aren’t good adoption candidates.) 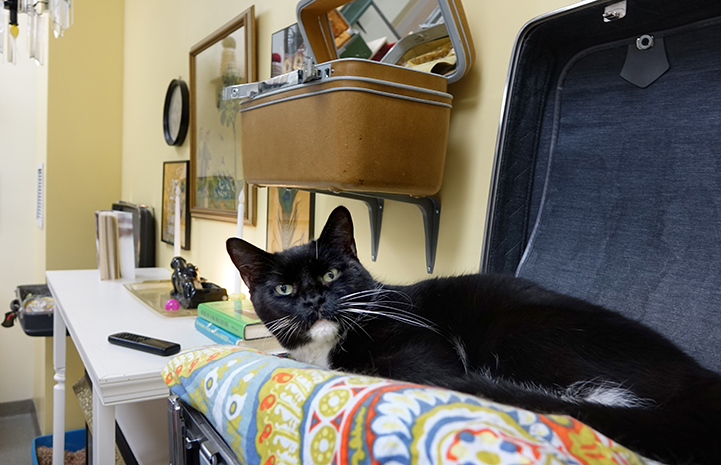 “We’re at a 98 percent save rate now in the Pittsylvania County shelter,” Makena says. “Every community has its own challenges. You have to kind of figure out the problems and solve them differently in each area.”

Progress across the country

Halfway across the country, in Duluth, Minnesota, the main problems were that too many animals were coming into a shelter with not much space and it was difficult for folks to adopt. “Many of the staff we had at that time were suspicious of adopters and their motives,” says Keri Heise, adoption program manager for Animal Allies Humane Society (AAHS), the nonprofit that operates the shelter. “We were looking for ‘perfect’ adopters, instead of loving homes.”

Today, prospective adopters are interviewed using an open, conversational method, Keri says, “which helps build trust between the community and our shelter, and increases the number of pets we’re able to get into loving homes.” AAHS has also expanded low-cost spay/neuter programs, and now requires people surrendering pets to make appointments for scheduled intake. In addition, a new shelter with enough space to accommodate the homeless pet population was built in 2009. 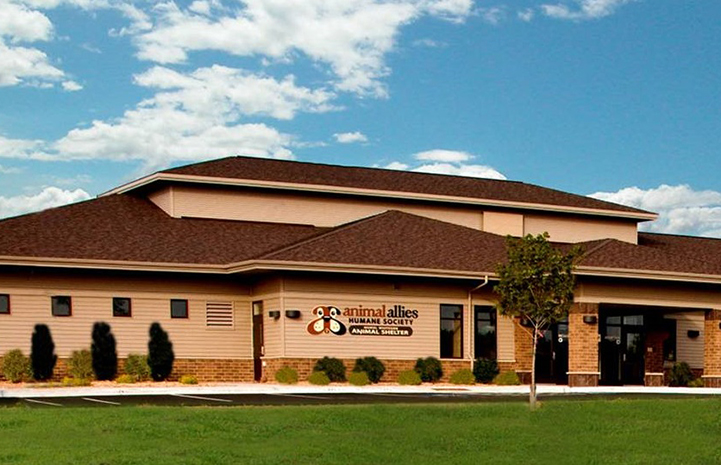 Keri says that exact data from earlier years isn’t available, but she estimates that before 2009, around half of the pets in the shelter were being killed. While final 2017 data isn’t yet available, she says the save rate for last year is likely to be 97 percent. She hesitates to identify any single development as having made the difference. Rather, together and over time, all the changes have led to remarkable lifesaving in this community. “All of our efforts have had a compounding effect on our success in saving lives,” she says.

While individual communities’ paths to no-kill are different, Judah Battista, a Best Friends co-founder and chief regional programs officer, lays out what he sees as some essentials for any community to become no-kill. One is transparency, meaning that shelters must keep track of, and disclose to the public, all relevant data. That data includes what types of animals are coming into the shelter (e.g., kittens, community cats, large dogs), how they are arriving (e.g., if they are brought in as strays or surrendered by owners) and what is happening to them. Keeping accurate data is the only way to know which animals are most at risk of being killed and to determine what changes can be made to save them. 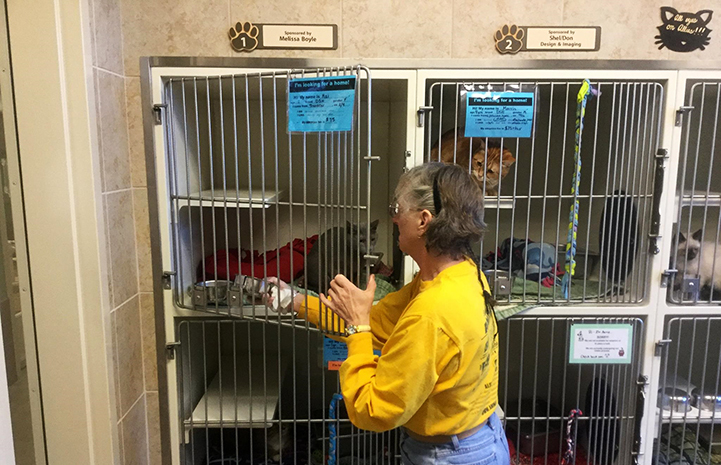 Another essential is that there must be people in the community — shelter workers, volunteers, rescuers, lawmakers or even just members of the general public — who are utterly determined to get to no-kill and committed to doing whatever it takes. “In every no-kill community, there are people who care and decided to do something,” Judah says.

It’s what Brent finds, too, as he draws on his experience in Kansas City to help other communities across the country reach a save rate of 90 percent. “We can talk about programs until we’re blue in the face,” he says, “and programs are important, but the single most important thing that you need is commitment to doing it.”

Working to save more animals

Teresa Johnson is now Kansas City Pet Project’s executive director, and she has another title as well. “I’ve given myself the title of chief lifesaving officer and I know that our commitment to saving more lives begins with me,” she says. Less than a year after KCPP was recognized for its five-year no-kill anniversary, Teresa is thinking up ways to do even more.

Brent says, “As more and more communities become no-kill, others realize that it can also happen for them. A successful lifesaving community is the best marketing ever for achieving no-kill nationwide by 2025.” For others who want to achieve that no-kill goal, while following their own path, Teresa offers these words of wisdom: “My advice is just try it. So many people in your community will want to help you save more animals.” And, while it goes without saying, so many animals in your community will thank you for it.

More than 1,500 cities and towns in the U.S. are now no-kill. Is yours one of them? Find out at bestfriends.org/nokillmap. 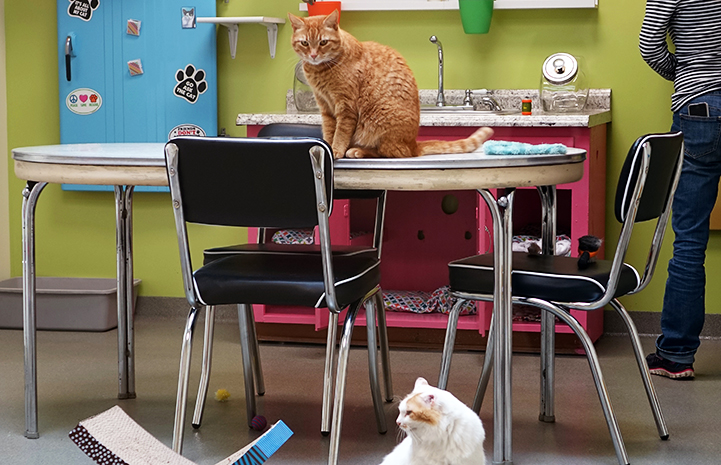