Image
Two kittens born with their umbilical cord wrapped around one of their hind legs, which cut off circulation, eventually require amputation surgery.
By Nicole Hamilton

When kittens Yara and Zo were first brought with their two siblings to the Best Friends Pet Adoption and Spay/Neuter Center in Los Angeles, their matching black-and-white fur made it clear they were related. But what really set them apart from their siblings was that Yara and Zo were both missing part of one of their hind legs.

That didn’t stop them from being typical kittens who see fun around every corner. And with a little help from the medical team at the adoption center, their special needs in no way hindered their love of life (and anything that moves).

Yara, Zo and their siblings arrived at the adoption center after being surrendered to a Los Angeles city shelter. Had they stayed at the shelter, there’s a good chance they wouldn’t have made it out. In L.A. and around the country it’s kitten season, and that means most shelters are filled with kittens.

Young kittens haven’t had enough time for their immune systems to fully develop, which makes them some of the most vulnerable animals at the shelter. To prevent disease from spreading, shelter staff must take extra precautions when handling the kittens, and kittens can’t be spayed or neutered until they’re two to three months old. Most large shelters lack the space to house kittens for many weeks until they’re old enough to be spayed or neutered, then adopted. 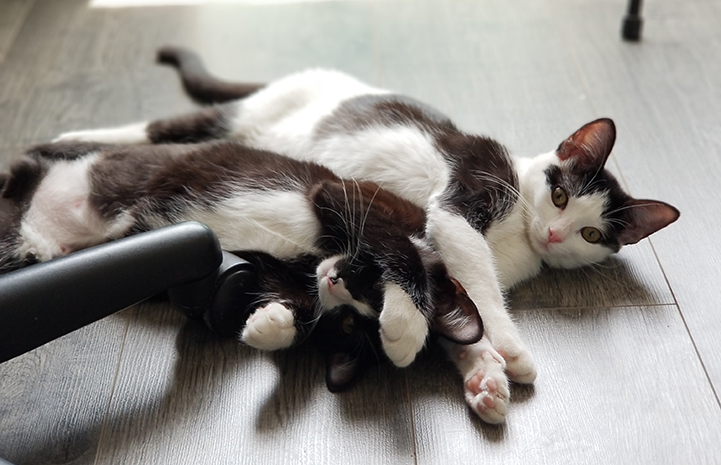 In Yara and Zo’s case, their special needs put them at an even greater disadvantage at the shelter. Part of their hind legs was missing because they were born with their umbilical cord wrapped around their legs, which cut off circulation.

The shelter staff knew Yara and Zo needed extra medical attention, and so the kittens were brought to the center, where they could heal under the watchful eye of the medical team, and ultimately, find a home. 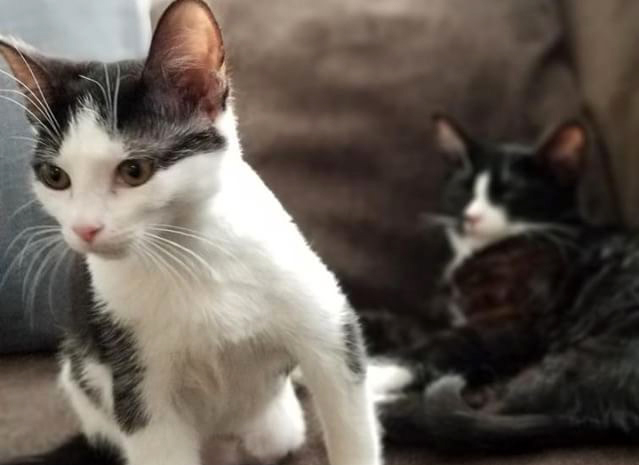 When they first arrived, lead veterinarian Dr. Nicole Petschauer and the medical team examined what remained of Yara and Zo’s hind legs and decided to start with a less invasive plan by treating minor medical treatments and then waiting to see how they did. They cleaned up the wounds and placed them on antibiotics to ward off infections. Then, they helped find Yara and Zo a foster home where they could relax, play and heal.

Yara and Zo absolutely loved their freedom at the foster home, where they could run and chase toys until the wee hours of dawn, just like any other kittens. But what was left of their hind limbs limited their range of motion and caused them pain.

Dr. Petschauer determined that amputating the limbs would be the best way to remedy this situation. And so Yara and Zo returned to the center for surgery. When they awoke from the procedure, they each had one less limb, but they still had each other ― and a long, fun life ahead of them. 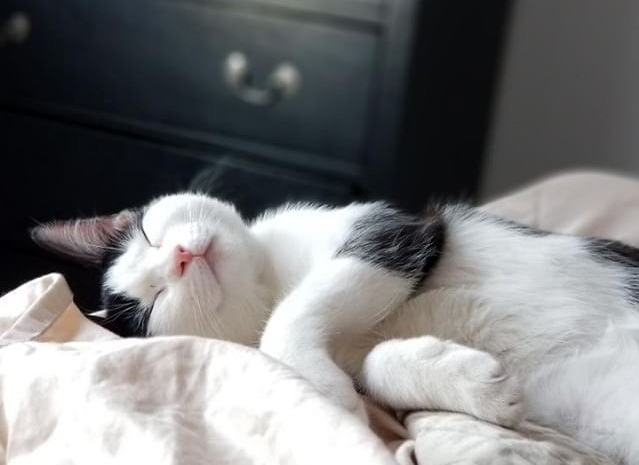 It took Yara and Zo a total of a few hours (not days) to learn how to stand and walk on three limbs. While they recovered, they brought some youthful energy to the clinic.

“A part of their physical therapy was getting them out and encouraging play and walking around,” says Dr. Petschauer. “We got to have them for a week or so and everyone in the clinic really enjoyed having them in there.”

Eventually, the clinic had to say goodbye to their youngest and (arguably) most lively patients. Their mission had been accomplished. Yara and Zo were all healed from their surgery and ready to meet their new families.

The two kittens were taken across town to the Best Friends NKLA Pet Adoption Center, where it didn’t take long for Yara and Zo to meet adopters Paul Williams and Alex LaRosa, who determined the only thing better than adopting one three-legged black-and-white kitten was adopting two of them. Yara and Zo went home together that day and are enjoying the good life together with their new family.

“Zo is growing like crazy. He’s big, strong and literally jumping all over the house. He’s also a total scaredy-cat,” says Alex. “He looks big and tough, but it’s Yara, his sister, who’s the true adventurer. She is still on the small side, but completely fearless. Zo still purrs all the time and Yara still loves to give little kisses, especially when you’re least expecting it.” 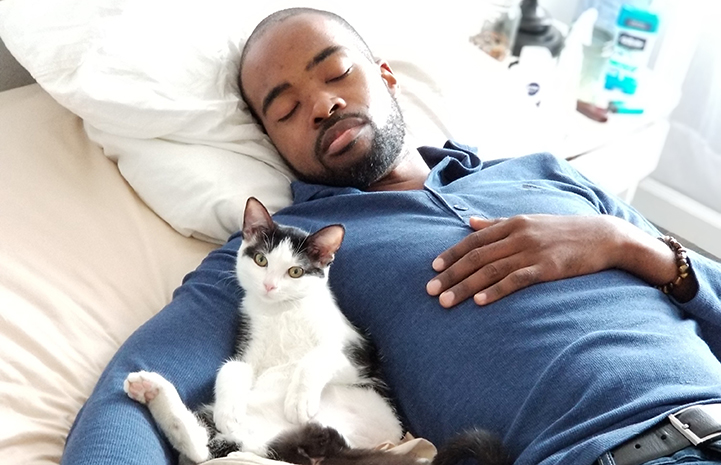 Yara and Zo even have their own Instagram page. At first glance, the sweet photos show happy siblings loving life together, but they also tell the story of how so many people came together to save two young special-needs kittens, who just needed a chance to be fun-loving kittens.

You can save lives. Donate to Best Friends.