An ideal search and rescue dog

Image
Read story of rescue dog who is high energy and loves tennis balls, and is now working to become a search and rescue dog in his new home.
By Jennifer Hayes

Some dog adoptions are just meant to be. When multiple puzzle pieces fall into place and the timing is right, the perfect match is found. Happily, that happened for Lugar. Back in North Carolina, Lugar was found in an abandoned apartment and brought to a shelter. However, he suffered from “big, black dog syndrome.” He was continuously overlooked by adopters. Plus, you can say his enthusiasm was on the high side. Actually, it was off the charts. His time just about ran out. But lucky for him, Lugar came to Best Friends. 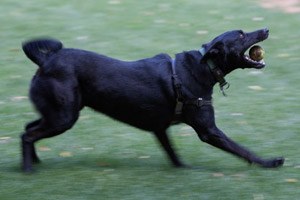 Once at the Sanctuary, though, Lugar didn’t fit in very well in a group living situation with the other dogs. Dog trainer Tim Molina says, “For lack of a better term, he’s really socially inept.” He didn’t seem to understand the ways dogs communicate. Lugar wanted to play, but he didn’t seem to have an “off” switch and that led to doggie disagreements.

A dog who loves tennis balls

One day, Tim took Lugar out for a basic training session. Tim picked up a tennis ball and tossed it in the air. The normally exuberant Lugar immediately focused. He was like the Energizer bunny. He just wouldn’t stop. He wanted that ball.

Tim had done a lot of evaluations for narcotics dogs at his previous job, and he saw potential. “I was really excited at that point because this is the kind of dog I love,” says Tim. “Lugar was a natural at it. It’s one of those things that as a trainer, you dream of finding a dog like this to work with.”

And even more importantly, this could be just the thing to help Lugar and focus his energies. So Tim started training Lugar to detect scents while easing him into playdates with friendly dogs. He also started looking for a situation where Lugar might be able to use his developing skills. Then Tim received an email from a past Best Friends workshop attendee, informing him of Danielle Fait, a woman in Ohio who was looking for a search and rescue candidate who was good with other dogs. 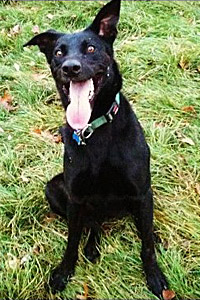 That week, Tim put Lugar to the test. Lugar had playdates with some of the more difficult dogs, and everyone felt he was ready. Tim emailed Danielle, noting everything Lugar had been through, with no sugarcoating. He also sent along a photo.

Looking for a search and rescue dog

What was Danielle’s first impression upon seeing Lugar’s picture? She says she thought, “Holy moley, he looks crazy, but a good kind of crazy. Like he has that spark in his eye.” She had been searching for that spark. When a close family member drowned, Danielle became aware of the great need for cadaver dogs, canines trained to find human remains. She began seeking the right partner and found Lugar.

Lugar has exceeded her expectations. Her trainer, who specializes in training police K9s, was very impressed. Plus, Lugar fits right into Danielle’s life. In fact, Lugar has had no doggie squabbles since arriving at his new home — not while training with other search and rescue dogs or any of her family’s dogs. 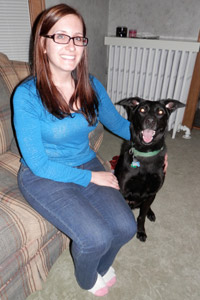 What touches Danielle most, though, is the dedication shown by Best Friends staff. That first night Lugar arrived, she received an email from Jacquie Bushway-Speer, one of Lugar’s caregivers: “I worked a SAR (search and rescue) dog, and it was an amazing chapter in my life. I did cadaver and tracking with my boy Granite. On his harness, I had several angels to protect him. Granite passed away about four years ago. When I heard Lugar was going to a SAR handler, I decided to take the guardian angel off my dog's harness and put it on Lugar's collar. I hope this opens up an amazing chapter for the both of you and protects you both.”

Danielle is moved and honored by Jacquie’s genuine act and is dedicated to Lugar’s search and rescue training, hoping their team will help reunite missing people with loved ones and bring closure to families through the recovery of remains. “I couldn’t imagine him not doing this. This is what he was made to do,” says Danielle. “He loves it; he thrives. I couldn’t picture him living with anybody else other than me and doing this kind of work. He was made for me, and through the grace of God, he got to me.”

The training and adoption of pets like Lugar is only possible because of the support of people like you. Thank you.