Just the right home for a drama queen cat

Image
Fussy, hard-to-please cat wins over an adopter with her diva-like ways. Demandingness, finickiness and fussiness are part of this feline's charms.
By Christelle L. Del Prete

Kisses isn’t the kind of cat people fall in love with right away. It’s not that she isn’t adorable with her grey-toned tortoiseshell coloring, or that she can’t be irresistibly sweet when she wants to be. It’s just that she’s earned a reputation for being persnickety. If things aren’t just the way she likes them, she can be a real drama queen cat.

That’s why it took Kisses nearly five years (roughly half of her life) to find the perfect home. Now that she has, even this fantastically fussy cat knows she’s hit the jackpot. 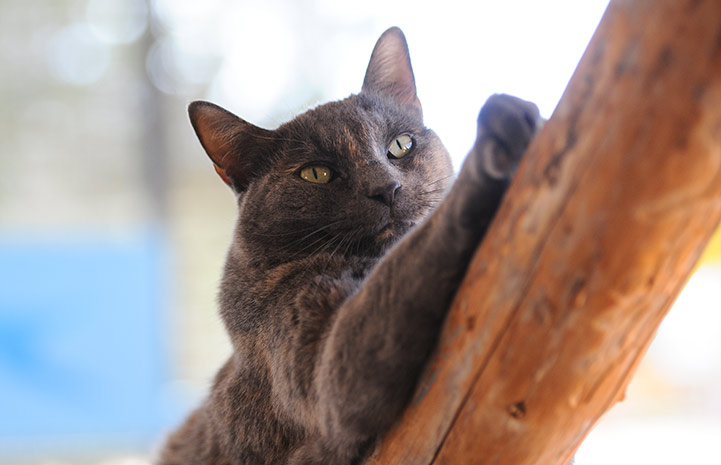 Help for a cat with a picky personality

Before coming to Best Friends, Kisses lived with a rescue organization in northern Utah. Things didn’t go so well for her at the group’s adoption center, however. She was so undersocialized at first that she would howl whenever anyone came near her. Even when she stopped yelling at people, she didn’t exactly turn on the charm when potential adopters came around.

So Kisses came to the Sanctuary, where she had a better chance of finding someone who would fall in love with her despite her hard-to-please personality — or perhaps because of it.

Two sides of the Kisses coin

During her time in Cat World she showed caregivers two very distinct sides of the Kisses coin. When she was happy and everything was to her liking, she’d give them slow, gentle kisses all over their faces. She could be the sweetest, most endearing cat you could ever meet. But life isn’t always perfect, and when Kisses wasn’t 100 percent pleased, she didn’t hesitate to let people know about it.

For example, she doesn’t like other cats, so she would yowl furiously if any of her feline roommates came too close to her. She’s also not a fan of even the mildest of medical handling. Once, when a caregiver was giving her eardrops, she wailed so loudly that Best Friends veterinary techs working in the building next door came racing over for fear that she’d been injured. Kisses wasn’t in any pain; she was just voicing her objection to getting the eardrops with an ear-splitting scream. 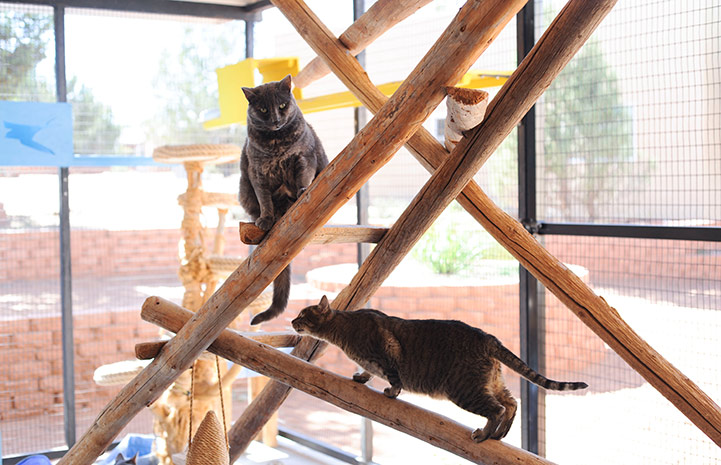 While Cat World caregivers found her diva-like antics endearing, potential adopters weren’t so sure about taking home such an exacting and particular kitty. She dislikes other cats so much that she was part of Best Friends’ “solo artist” adoption promotion. That meant that the best home for her would be with a person who loved and understood cats, but who was willing to let her be the one-and-only feline for the rest of her life.

That’s a tall order. Even Michael Tosca — a cat-savvy Sanctuary volunteer — wasn’t convinced at first. When Michael told Best Friends adoption specialist Larry Erdman that he lived alone with no other pets and was considering adopting a cat, the wheels started to turn.

Larry knew Kisses well. He’d taken her on a sleepover at his home and found her to be the perfect houseguest. “She didn’t hide and she wasn’t nervous,” he says. “She just checked out the space, got on the bed and snuggled all night. She was a rock star.” So Larry suggested that Michael meet Kisses and give her a chance.

The day that everything changed

As usual, Kisses didn’t make a great first impression. “When I met her at (Cat World), I was glad to be able to give her a home, but unsure how fond I would be of her,” Michael says. “She was a little standoffish and seemed to grudgingly accept my attention.”

Then, on the day that Kisses went to live with Michael in San Francisco, everything changed. “From the moment I picked her up, she has been a completely different cat,” he says. These days, she spends most of her time on his lap and — true to her name — she showers him with kisses.

“She is the most affectionate cat I've ever met,” Michael says. “I awoke the first night to find her sleeping on my neck. Since then, she mostly sleeps plastered to my side.” 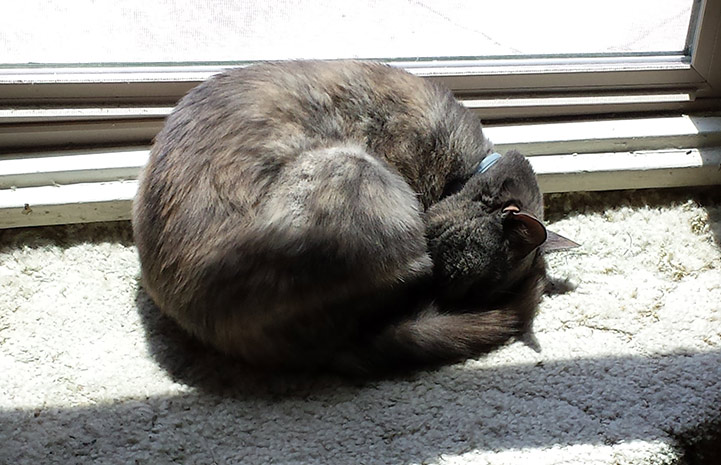 Not to say that Kisses isn’t still a diva, because she is as fussy as always and she still gets outraged when she doesn't get what she wants. But that’s part of what made Michael fall completely in love with her: “She has been needy, demanding, impatient and has disrupted every routine in my life,” he says. “In short, she has taken over my apartment and stolen my heart in the process.”

Not everyone could fall head over heels for a cat like Kisses. But, as Larry says, “There is someone for every cat and a cat for every person. And this was the perfect match.” 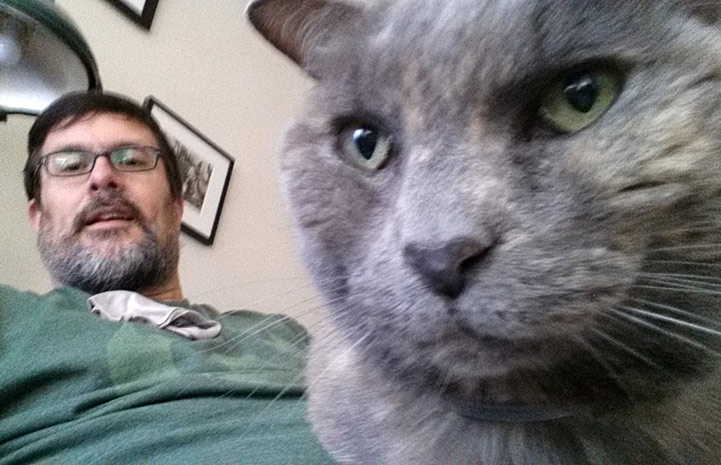