Image
Little dog with a neuro problem gets medical treatment he needs to manage his seizures, and then is adopted into the perfect happy home.
By Christelle L. Del Prete

During the four years Julius lived at the Sanctuary, he proved that, with a little help from his caregivers and the Best Friends veterinary team, he could live a fun and happy life. But while some neurological problems in dogs are hard to spot, Julius’ are not. That made it hard for him to make a love connection and find the perfect home — until Chelsea Roney came along. Now, Julius has a new name (Winston Montgomery) and a fairytale life.

A neurological dog’s journey back from the brink

Julius’ journey back from the brink began with a rescue group in Louisiana. The little dog needed more help than the rescue group was able to provide, so he was brought to Dogtown at Best Friends to get that help.

At the Sanctuary, there were two priorities for Julius. The first one was to get his frequent seizures under control. The Best Friends veterinary team went to work on finding just the right combination of medications to keep them at bay. Once they hit upon the perfect combo and Julius began having fewer seizures, his overall health and attitude improved dramatically.

Then the priority became making sure that Julius had the best life possible, and that he could have as much fun as other dogs, even if he was a bit different.

That meant lots of walks and trips to the dog park with his caregivers. It also meant finding Julius the right doggie friend. Because he dances in circles almost constantly and is often unsteady on his feet, it can be hard for other dogs to accept him. They just don’t understand his behavior. So, Dogtown caregivers paired him up with a polite doggie friend who could interact with Julius without overwhelming him. Weekly play dates helped lift Julius’ spirits. Hopping around and playing just like any normal dog, he seemed genuinely happy to be alive again.

It seemed like the only way life could get any better for Julius was if he were to get adopted. And then he did. 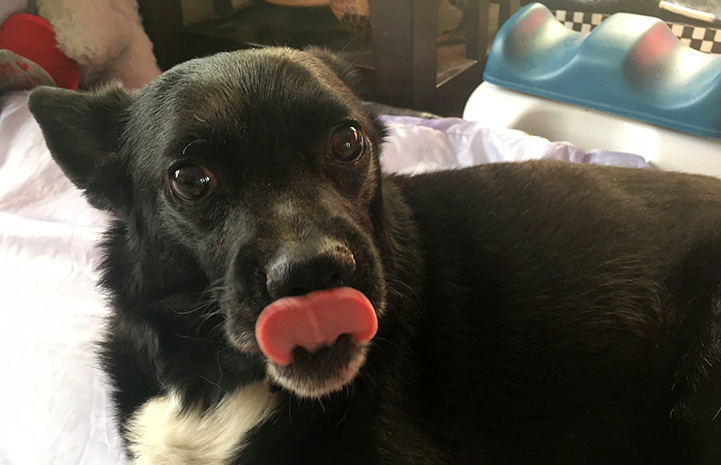 Chelsea Roney was no stranger to Best Friends. She’s been donating to help Save Them All for years. When she became interested in adopting another dog, Chelsea searched the Best Friends website and came across Julius’ profile. “I saw Julius's picture, and he looked so sweet and happy,” she says.

Chelsea had a list of about 10 dogs she thought might be a good fit, and then a Best Friends adoption specialist suggested Julius. She came to the Sanctuary to meet several dogs, and after thinking it over for a few days, decided Julius was the one.

While Chelsea has some experience caring for dogs with special needs, Julius is the first dog she’s had with a severe neurological condition. But that didn’t faze her. “Honestly,” she says, “dogs with medical needs would never make me not want to adopt.” It requires a bit of extra responsibility, such as carrying Julius up and down stairs and being financially ready in case he needs special veterinary care. But she was happy to do these things for her new dog, so Julius was soon on his way home to Colorado.

A big win for a little dog

Winston Montgomery is his new name, though Chelsea calls him “Win” for short. He has a big grassy backyard where he can enjoy fresh air and exercise. He has two little doggie brothers who accept him just as he is. He even has his own room, half of which is filled with blankets and the stuffed animals his caregivers sent along with him when he was adopted.

Chelsea has also set up Winston with an excellent canine neurologist, who is ready to help, should he need it. She helps him into a little fleece jacket when it’s cold out and wheels him through all the little neighborhood parks in his own cushy stroller. And when Winston has fallen asleep a few times in the stroller, she says he usually gets “aw, so cute” comments from people walking by. 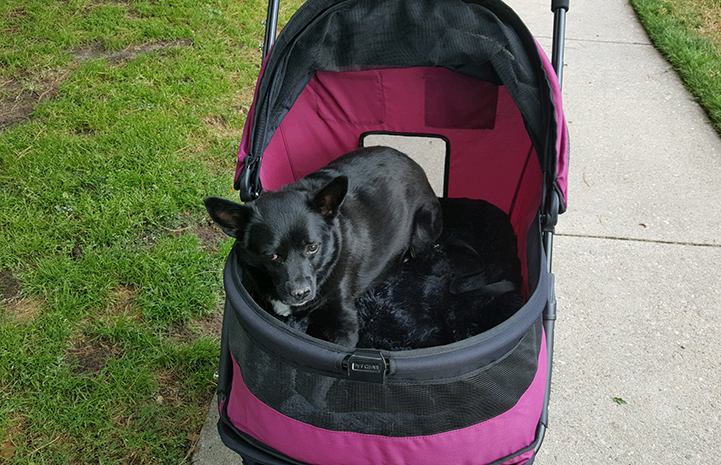 While his new life sounds like a fairy tale, the best thing about it is that Winston finally has a person who adores him and the home he’s always deserved. It’s a big win for a very special little dog. 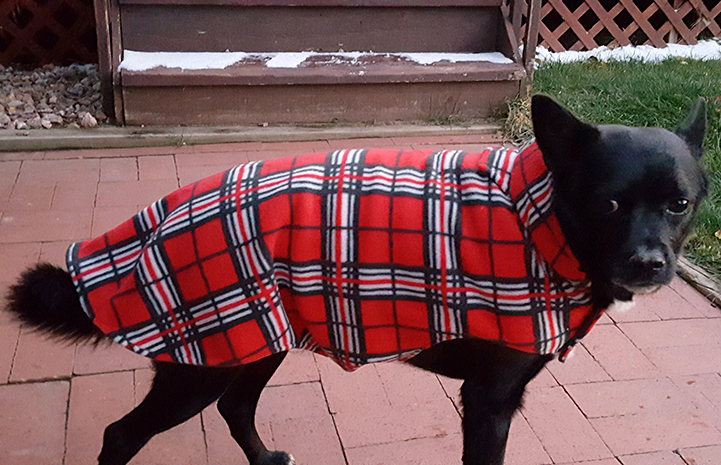