Love and adventure for a little black cat

Image
Couple adopt little black cat. Even though the woman has allergies and doesn't consider herself a ‘cat person,' everything is working out well.
By Nicole Hamilton

Just because you’re a cat doesn’t mean you can’t be a world traveler. Take Cheese, for example. Everywhere his adopter Brody went, he went, too. During his lifetime, Cheese traveled with Brody from Thailand, Arkansas and everywhere in between, often taking in the sights while perched on Brody’s shoulder.

Cheese passed away recently, leaving in Brody’s heart a void that his girlfriend, Nicol, could plainly see. And so she decided to turn a blind eye to her cat allergy and accompany Brody to the Best Friends Pet Adoption Center in Salt Lake City, with the hope of helping him find his next feline travel companion. 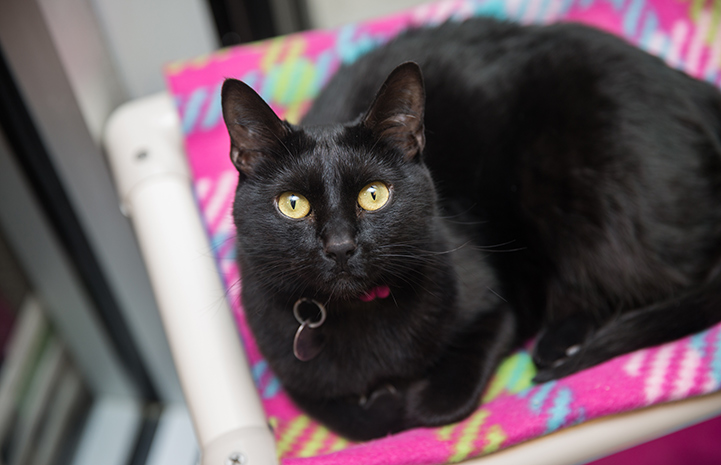 It didn’t take them long to spot Holly, a beautiful black cat with gorgeous green eyes. As they spent time getting to know her, they discovered that she had a very laid-back, ready-for-anything attitude and a whole lot of curiosity. She was a kindred spirit, and Brody and Nicol could easily see imagine her their home with their Labrador retriever, Ten.

Still, Nicol understandably had some concerns. Allergies aren’t fun. Plus, she’d never lived with a cat before. She just wasn’t sure she’d know how to care for Holly, and so she returned to the adoption center on her own to find out more about this beautiful cat ― and cats in general.

The adoption center staff and volunteers took time to listen and address Nicol’s concerns. And when she left that day, she was confident knowing that Holly would fit perfectly into their home. She also liked knowing that adopting Holly would give her and Brody a chance to do their part to bring Utah one step closer to becoming a no-kill state. And, they would be saving more than one life, because the adoption would create space for another homeless cat to find a home.

With Nicol’s blessing, Brody returned the next day to the adoption center and brought Holly home. He loved that Cheese would hop on his shoulder and go everywhere with him. “Hopefully, I’ll be able to establish the same trust with her,” he says.

Learn how we’re working with you to Save Them All 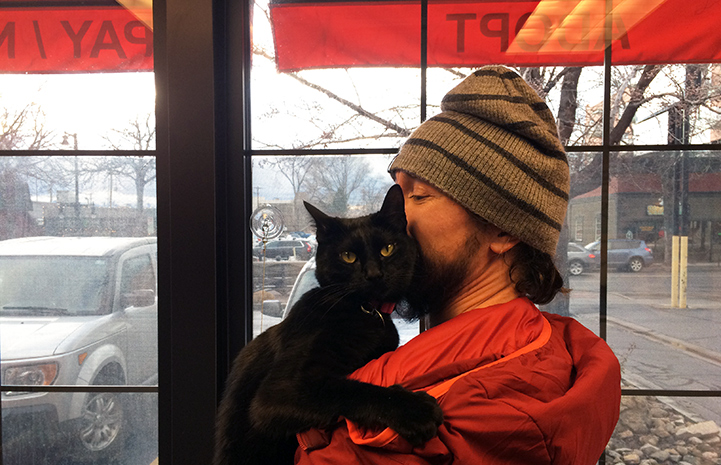 Good things are still to come

The couple renamed Holly after a day that symbolizes good things to come ― Friday.

Soon after adopting Friday, Brody left to work as part of a film crew aboard a shark research vessel sailing the North Atlantic Ocean.

That meant Nicol would have to care for Friday on her own. Luckily, her allergies have remained at bay since the adoption, but since this was the first time she would be alone with Friday and Ten, she was a little worried that she wouldn’t know how to keep Friday happy.

Turns out, there was no need for concern. With every purr and nudge of her head on Nicol’s shoulder, Friday showed Nicol that she was doing just fine. As the two got to know each other, Nicol’s opinion of cats started to change. She had always liked them, but had preferred to admire them from afar. She had never considered herself a “cat person” like Brody ― that is, until Friday came into her life.

Join us in working toward a no-kill Utah 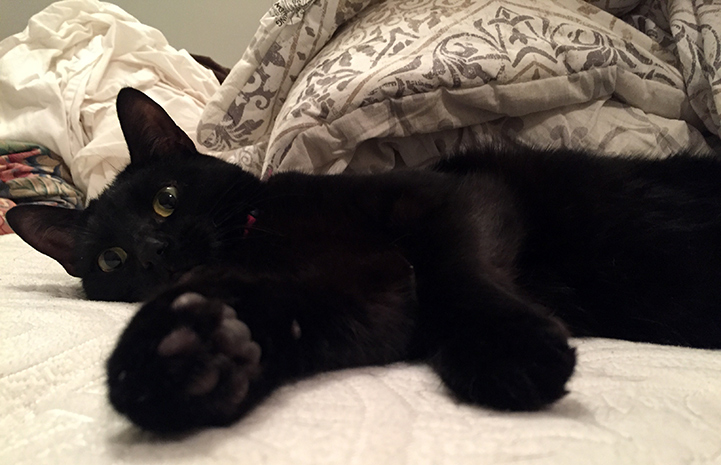