Loving a dog with reactive behavior

Lego looked as terrified as he felt when he first arrived at Best Friends Animal Sanctuary from a small rural shelter. No one knew why he was so scared, but Dogtown caregivers do know how to deal with dog anxiety. They could help Lego work through his challenges, recover from his past and — when he was ready — find a loving, happy home.

It took nearly three years and lots of work, but today Lego has his happy ending. For the past several months, he’s been at home in Maryland with Matt Lallo and Paula Sessa. And he’s wasted no time getting comfortable and giving them the gift of his trust. 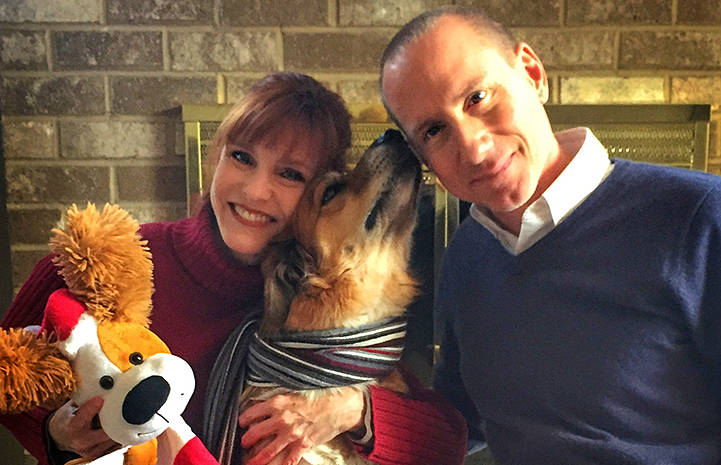 Help for a scared dog

It was 2015 when Lego arrived at Dogtown, wide-eyed and wary. His first challenge was finding someone — anyone — he could trust. Once he bonded with one of his caregivers, he decided that he needed to defend her from other people new to him. A dog lunging at strangers wouldn’t win friends, so Lego’s caregivers began showing him that strangers don’t have to be scary and that they often come with yummy treats.

Dogtown caregiver Steven Lee says, “I took one look at Lego and I knew that (scared) look. I understood what he was going through.” Steven took Lego under his wing, spending extra time getting to know him and helping the frightened dog accept new people into his world.

Reactive dog starts to open up

Lego was struggling with barrier reactivity, which caused a tendency to bark and lunge at doors or gates whenever a new person appeared. So Steven enlisted the help of savvy Dogtown volunteers to sit quietly outside Lego’s gate, read to him and give him treats. After a few sessions with friendly volunteers, Lego stopped jumping at the gate and settled down.

With lots of practice, Lego was calm at his gate and could even go on walks with volunteers after being leashed up. The walks helped him lose some of his wariness and start opening up to people. Lego made such great progress that Steven could bring him out of the building during Dogtown tours, and Lego wouldn’t bark or be afraid.

“He ended up a totally different dog than when he came in,” says Craig LaLonde, Dogtown team lead. 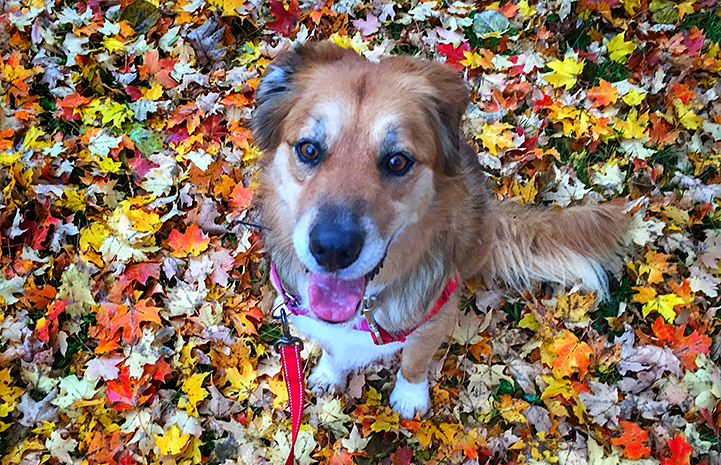 Charming volunteers with floppy ears and a fluffy tail

Then it happened. Matt and Paula came to volunteer at the Sanctuary, something they had wanted to do for a long time. But as Matt explains, “It was not a trip we were making to adopt a dog.”

It had been a year and a half since they had lost their beloved Noelle, a 15-year-old chow and shepherd mix. Still deeply affected by their loss, they didn’t know if they were quite yet ready to open their hearts and home to another dog. But Lego caught Paula’s eye when he tossed a ball from his mouth into the air and then chased it and pounced on it.

Seeing through a dog’s anxiety and reactivity 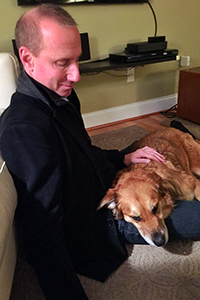 The couple was charmed by his playfulness and by his unusually long, fluffy tail and floppy, furry ears that flew around when he bounded about his yard. At the end of their volunteer shift, Matt and Paula took a brief walk with Lego and Steven around Dogtown and witnessed his leash reactivity, such as lunging at cars and golf carts. “But we also saw the extremely perceptive, intelligent side of him, and we noticed how impressively he was responding to his training,” Matt says. “We caught glimpses of a loving, trusting personality beneath his fear and reactivity.”

Matt and Paula asked a lot of questions that afternoon and learned as much as they possibly could about Lego. That night, they filled out an adoption application (just in case), and the next day they took Lego on a hike at Zion National Park’s one dog-friendly trail.

Lego was anxious during the ride to Zion, but he settled right down when Paula crawled onto the back seat with him. At Zion, the three had a wonderful day of hiking, enjoying the water’s edge and stopping on the banks for lunch. “We could see he was extraordinarily intelligent, observant and expressive,” Matt says. “Interestingly, he seemed trusting of us even though we were only a little bit more than complete strangers at that point.”

A heartfelt change of plans

After the outing, Matt and Paula took Lego back to Dogtown and continued with their vacation plans. They were planning to spend a few days in Sedona, Arizona, then head to Phoenix for their flight back to Maryland. But it didn’t quite work out that way, because they couldn’t stop thinking or talking about Lego.

On the morning of their flight, instead of heading south to the airport, they traveled north, back to Best Friends. “Sometimes it’s not until you make a firm decision that you realize the opposite choice was what you really wanted,” Matt says. “We saw a great dog in Lego and no issues that we felt were insurmountable for us.”

Back at Dogtown, Paula and Matt were welcomed by caregivers who helped prepare them and Lego for the cross-country drive to Maryland. The trip went amazingly well, and Lego has been in his new home for three months. Best of all, he’s surprised everyone with his capacity to adjust to his new family and to trust. 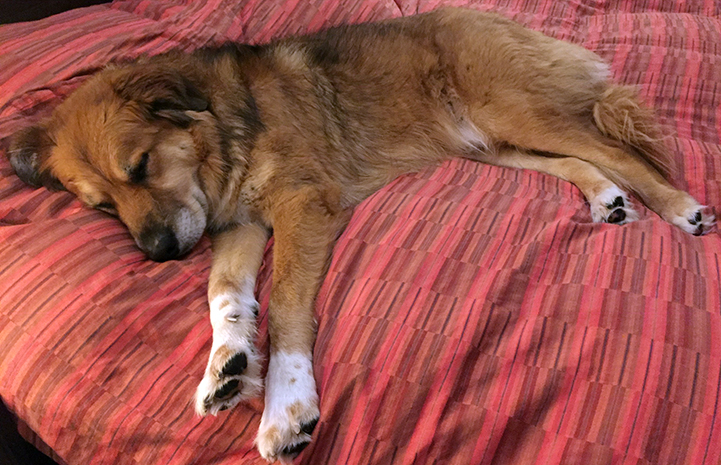 Wanting to do right by Lego and help him succeed, Matt and Paula have continued working with Lego on his fear and reactivity challenges with help from the University of Pennsylvania Veterinary Behavior Clinic.

“We see that Lego wants to succeed with his humans, but he needs not only our love and protection, but also our understanding and commitment to help him flourish,” Matt said. “Overall, he has surprised us in every way and exceeded our wildest expectations with his good-natured, ultraloving character.”

Matt and Paula have given Lego the home he always deserved. In return, he’s shown them that they had room in their hearts to give another pet his second chance. “As we were just sitting by the fire, he threw a bone into the air then pounced it, exactly as he did with his ball when we first spotted him at Dogtown. We were caught off guard by how overwhelmed we are by our love for him,” Paula said.